4 Non Blondes Frontwoman And Superstar Songwriter Linda Perry Reveals Why She Knows How To Be A Rock Star But “It Hurts Too Much To Be An Artist,” On BUST’s “Poptarts” Podcast!

Details
BY Emily Rems
IN Poptarts
Published: 14 May 2021 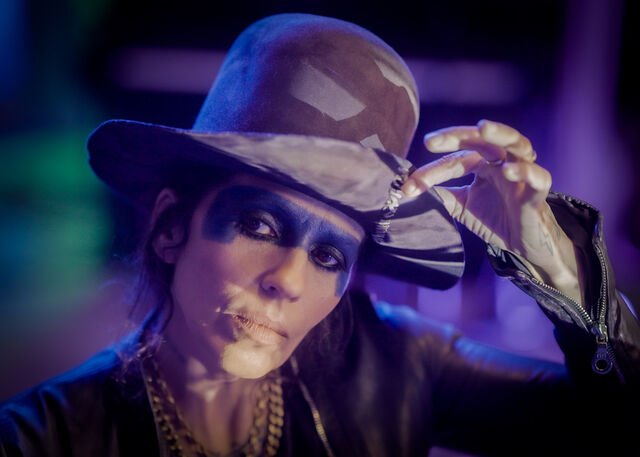 Linda Perry first made waves in music as the lead singer and songwriter of 4 Non Blondes, a band that hit it big in 1992 with their platinum-selling song, “What’s Up?”  But today, she is best known for writing and producing hits for the biggest names in pop music—she wrote "Beautiful" for Christina Aguilera; "What You Waiting For?" for Gwen Stefani; "Get the Party Started" for P!nk, and so many more bangers it’s impossible to count. Linda was inducted into the Songwriters Hall of Fame in 2015, and recently, she’s written scores to accompany the new documentaries Kid 90 and Citizen Penn. For the Kid 90 soundtrack, Linda released her own music for the first time in over 15 years, recording the song and new video for “The Letter” based on a letter the film’s director Soleil Moon Frye wrote as a teen to her older self. In her intriguing interview on BUST’s Poptarts podcast, Linda opens up about how she knows “how to be a rock star,” but “it hurts too much to be an artist.”