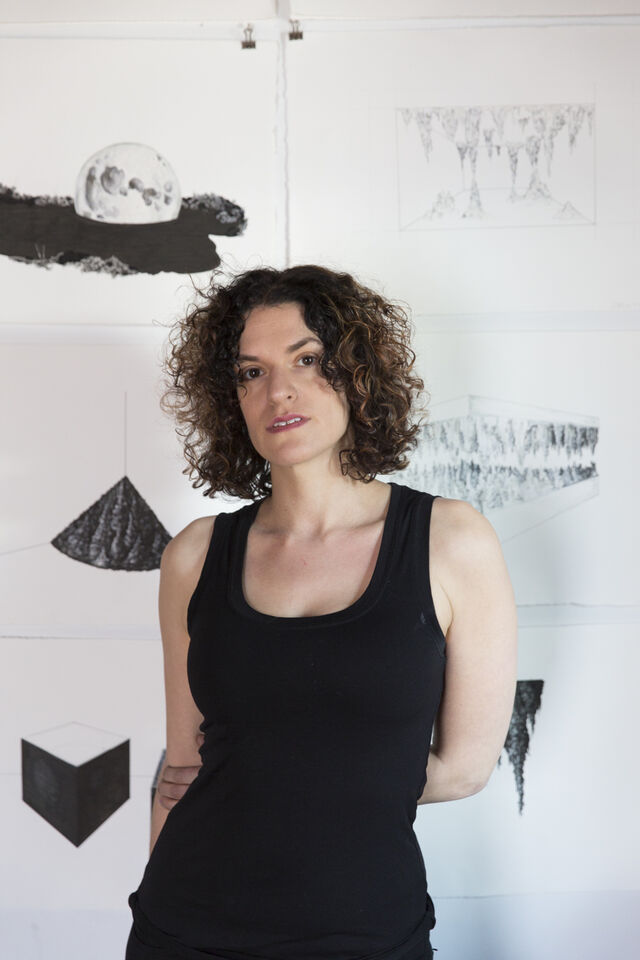 Lauren Fensterstock is a sculptor and installation artist whose sparkling, intricate creations look like secret treasures stolen from a gothic witches’ cathedral or like the charred remains of a fairy swamp. Made from materials including glass, vintage crystal, quartz, obsidian, onyx, hematite, shells, sand, plexiglass, paper, charcoal, and wood, her most recent installations—like the one on display at the Smithsonian American Art Museum’s Renwick Gallery in D.C. earlier this year—are enormous, completely black, and suck all the surrounding light into the curves and edges of thousands of individual objects assembled in patterns that both imitate nature and take nature to dramatic new heights with architectural precision. Other pieces—like some of the seven crystal encrusted suns that were featured in Fensterstock’s show Impermanent Conditions, at the Claire Oliver Gallery in New York this summer—play similar visual tricks with all-white palettes of light-reflecting glass and quartz. Both her imagination and the objects she produces are precious and rare and on her excellent episode of BUST’s Poptarts podcast, we discuss the occult, the apocalypse, and the enduring magic of female friendship. 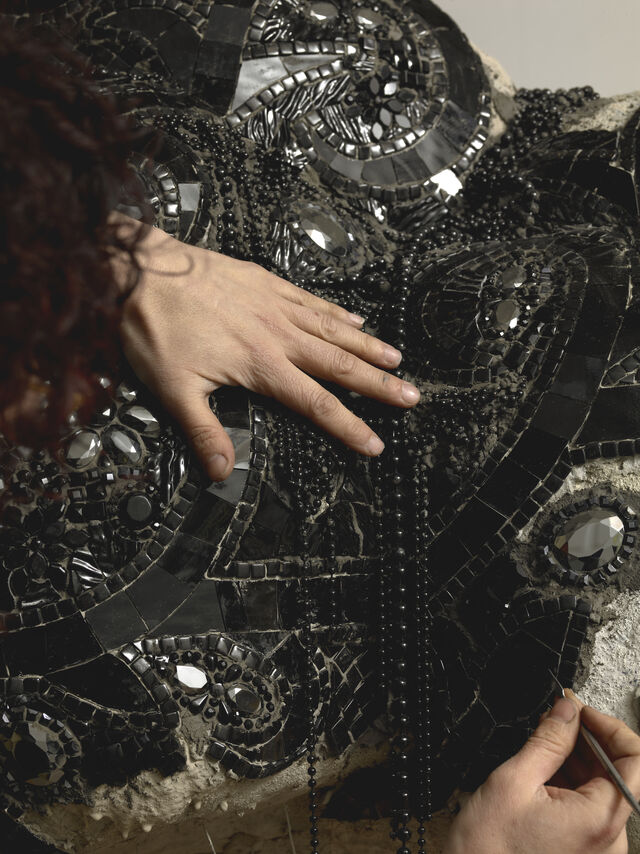