Details
BY Emily Rems
IN Poptarts
Published: 01 May 2020 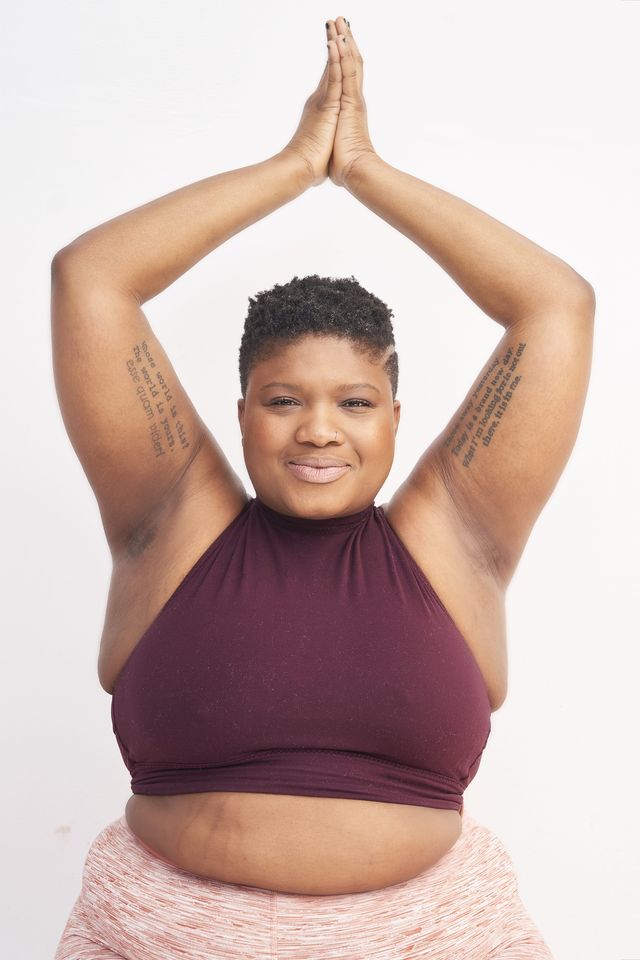 Jessamyn Stanley is an award-winning yoga instructor, intersectional activist, and founder of The Underbelly virtual yoga studio app who first rose to fame in 2012 through her Instagram posts showing her doing high-level yoga as a plus-size woman of color. Self-identifiying online as a "queer fat femme," she’s helped coax legions of women who previously felt alienated by the privileged, skinny, white world of yoga into the practice along with her. We featured Jessamyn in BUST in 2017 when her book Every Body Yoga: Let Go of Fear, Get On the Mat, Love Your Body came out, and now we’re thrilled to have her on BUST’s Poptarts podcast, where she talks about overcoming crass commercialization, bias, and fitness industry fuckery to become the star she is today.