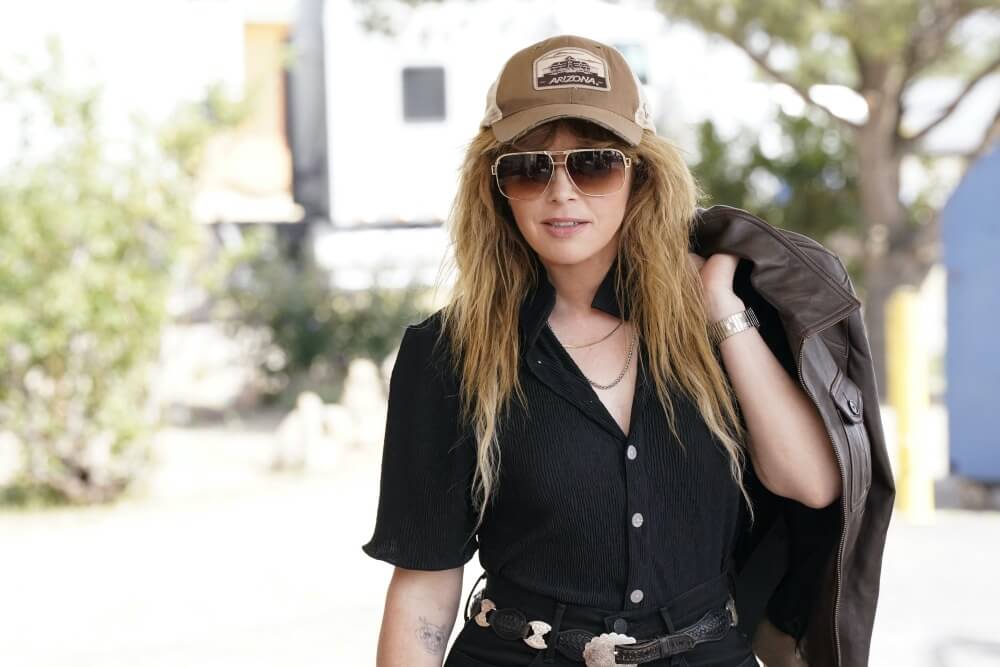 “The mystery genre has been done,” “The detective trope is tired,” “We’ve seen every twist a million times before.” If you listen to any TV critics lately, they're likely to spout opinions like this.

But for Rian Johnson and Natasha Lyonne, that's just bullshit. And they're here to prove it.

The creative mind behind smash hit films Knives Out and Glass Onion is making his TV debut with Poker Face, starring and executive produced by Natasha Lyonne (Russian Doll, Orange is the New Black). Johnson has already proven his mastery of writing loveable detective characters and a tantalizing mystery, and Poker Face is yet another example. Premiering tomorrow, January 26th, the show follows Charlie Cale (Lyonne), a casino cocktail waitress with a knack for sniffing out lies and a propensity for getting to the bottom of things.

She hits the road with some urgency, making pit stops and working gig jobs before bouncing along to a new American nook. Would she choose to be on the run if she didn’t have to be? Probably not, but as she says in the show’s trailer, “I’ve got wolves on my fender, I gotta keep moving.” The fender in reference is that of Charlie’s ‘69 Plymouth Barracuda, the only thing that seems to be a constant in her life. That, and her almost–emphasis on the “almost”–supernatural ability to tell when someone is lying, whether she wants to know or not.

Johnson has done something different with this story than we’ve seen from him before. Poker Face is nothing like Knives Out or Glass Onion–there’s no campy flair, extravagant costuming, or luxurious setting. Instead, it’s a more grounded version of the typical detective-led mystery and follows a pretty regular woman doing pretty regular blue collar jobs. Sure, she’s on the run and it seems like everywhere she goes, murder follows, but hey, this world loves to keep a good woman down, doesn’t it? 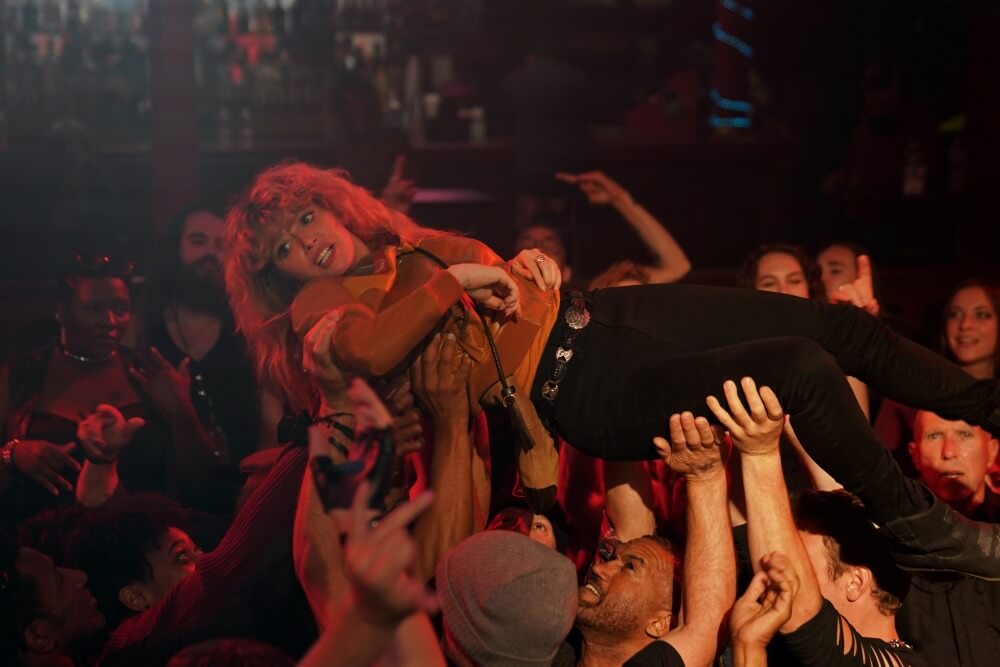 Charlie Cale is as down-to-earth as they come, and while hers is a classic detective’s tale, Charlie is no detective. Not by her definition or anyone else’s. She’s more like a good samaritan–the best samaritan–and a prime example of how life sometimes chooses for us, not the other way around. But Charlie always rises to the occasion, and tackles the challenges thrust into her headlights with compassion and conviction. Lyonne is dazzling in the starring role, and brings a mellow, no-nonsense charm to her character that makes her easy to root for–like a best friend you didn’t know existed until now. And she’s exactly the best friend you’d want solving your murder, knock on wood.

The show is made up of ten stand-alone murder mystery stories–so after the first episode, viewers can technically watch them in random order if they want–and each one is loaded with celebrity guest-stars. Adrien Brody, Ellen Barkin, Chloë Sevigny, Dascha Polanco, Jameela Jamil, Joseph Gordon-Levitt, Luis Guzmán, Nick Nolte, Judith Light, Tim Meadows, and many, many more all make appearances throughout this first season. Both Charlie Cale and Natasha Lyonne hold their own against this hefty roster of guest-talent.

Emmy-nominated and universally loved, Lyonne is no stranger to success, and Poker Face is yet another reminder why. If she weren’t already the main character, she would surely steal the show. The actress seems to bring a lot of herself in the characters she portrays, but it feels especially so with Charlie Cale. There’s a sincere goodness to Cale that is inherent in Lyonne’s personality as well, and we should know, she’s graced our cover twice.

An achievement of the show is the way each episode is such a lived-in, complete, little world. A lot of this is thanks to the detailed and ambitious writing, and brought to life by the remarkable talent of the show’s production designer, Judy Rhee. Having worked on Season Four of Better Call Saul and Season Two of Jessica Jones, Rhee is no stranger to the kind of set design that feels as authentic and layered as real life. That layered setting, and the way most of the episodes get around fifteen minutes in before our favorite unwitting gumshoe, Charlie, even arrives, makes these stories feel ongoing. Like they’d be unfolding whether the audience were privy to watch or not, and everyone involved, except for the murderer, is lucky Charlie happened to show up. 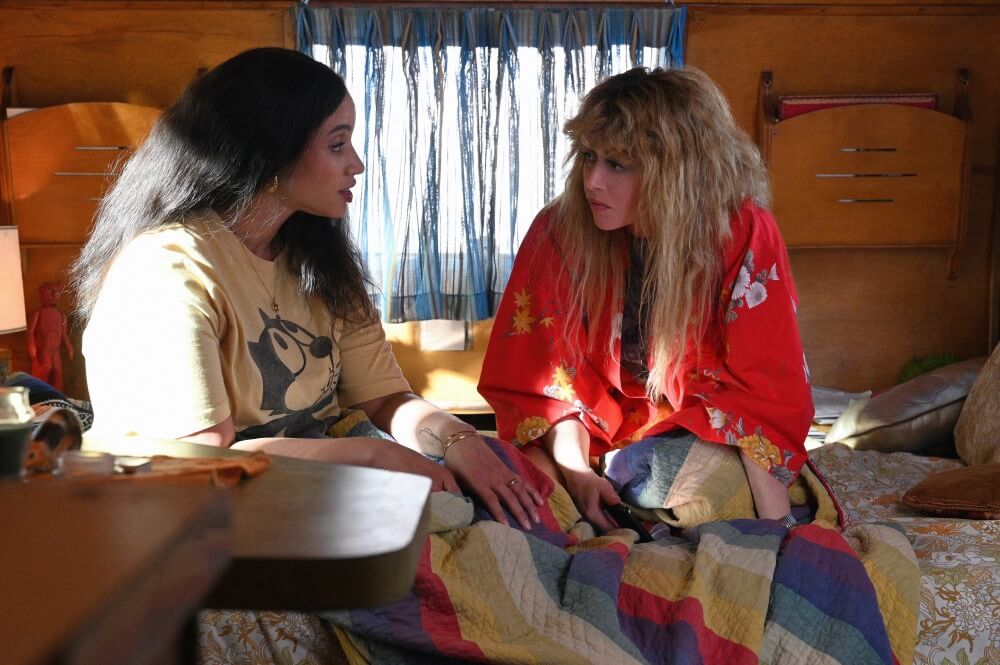 Poker Face takes the quintessential detective show formula and spins it around a bit. It’s fresh, entertaining, and takes a genre usually filled with outlandish, over the top caricatures and tropes and swaps them for more realistic, typical American characters. According to Johnson in a conversation with Peacock, the show was born from a dinner party conversation between himself and Lyonne about a shared love of the classic detective shows from their childhood. True to that inspiration, the show pays homage to a different era of TV. A time when you were joining a beloved character as they went on new adventures each week, and each episode ended with a satisfying resolution. All in all, Johnson and Lyonne have made something special with Poker Face, and there’s no doubt it will be well-received by couch-sleuths and TV-fanatics alike.

The first four episodes of Poker Face will be available to stream on Peacock tomorrow, January 26th, followed by a new episode each Thursday after that. If you need a fix between episodes, you can text or call Charlie Cale's advice hotline at 1-866-NOBLSHT. No, seriously, do it. And watch the trailer now: