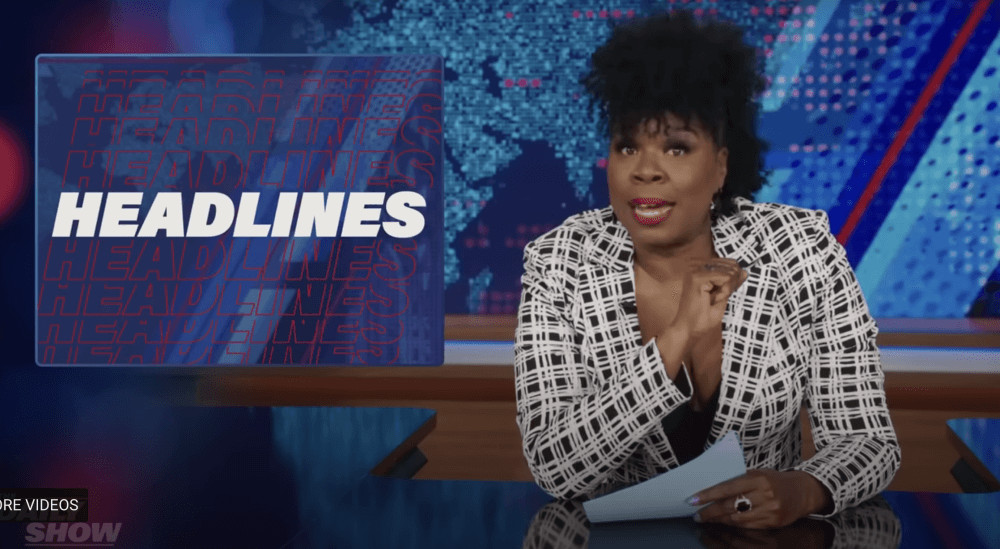 Trevor Noah, the former host of The Daily Show, held his last show on December 8th, 2022. In his absence, the show has recruited some of our favorite celebs to guest host until a permanent host is found. On Tuesday, that guest host was none other than former SNL cast member and comedy legend, Leslie Jones. Jones hosted three nights of the show, January 17th, 18th, and 19th.

In her debut episode, Jones was brilliant and fit perfectly into The Daily Show’s mold of being funny, sharp, and politically aware. Jones started by poking fun at the recent news that some classified documents had been found in one of President Biden’s private offices. While completely different in context, former President Trump had a similar scandal that resulted in the FBI conducting a search on Trump’s Mar-A-Lago home (12 documents were found in one of Biden’s private residences while over 11,000 classified documents were found across Trump’s private residences.) On the ridiculous nature of this issue happening twice, Jones stated what we all have been thinking, “who is guarding these documents?”

As her Daily Show debut took place one day after Martin Luther King Jr. Day, Jones also blessed us with a street interview in NYC, where she went around asking New Yorkers what their favorite MLK quotes were. Unfortunately, many of her interviewees could not think of a quote or only knew the first few words of King’s famous “I Have A Dream” Speech. She then asked them to continue with more of the speech, and when they couldn’t, she hilariously commented, “I have a dream that one day white people will know what’s in that speech.”

The latter half of Jones’ second show (January 18th) was dedicated to reproductive rights, where she interviewed the President and CEO of Planned Parenthood, Alexis McGill Johnson. Referring to Planned Parenthood, Jones shared, “You would not know how much they saved my life, so much that I have them in my trust [fund]”. Jones had a powerful conversation with Johnson about how she wished more people would realize how helpful Planned Parenthood is to not only women, but men too. Johnson chimed in by stating, “Stigma around sexual reproductive healthcare affects everybody.”

Jones began her final episode by stating, “I’m Leslie Jones and this is my last night making this desk my bitch”, and she delivered on that promise. Some of her greatest hits of her (too short) half an hour included her calling out ESPN host Stephen A. Smith for insulting Rihanna on national TV. She pointedly stated, “You know what Stephen A. Smith, you need to act like your hairline and back the fuck off.” She also made an incredible dig at the US government in regard to the news that we have reached our debt ceiling. Jones said to find the money we need, we might have to go to, “Extraordinary measures like taxing the rich… or not going to war all the time.”

Jones then dove into the main topic of this episode: Men. Over the past few years, the US has seen a rise in male anger, which has resulted in a growing number of vocal misogynists online. Jones, once again, addressed the elephant in the room, asking, “Men! Why are you so mad? You need to calm your ass the fuck down!” and I couldn’t agree more.

Loneliness has also been on the rise for men, as Jones shared a statistic that 15% of men in the US have reported having no close friends. She then went on to address the ever-growing problem of men refusing to go to therapy, making a hysterical commentary that men treat therapy like Nick Cannon treats condoms, “They’re here to help you Nick, why won’t you use them?”

Jones’ stint on The Daily Show is proof that we need more Leslie Jones content. Jones will embark on her newest comedy tour starting January 28th in Highland, California. You can find a tour date near you and purchase tickets here.

The Daily Show will continue their guest host lineup with Wanda Sykes taking over the desk starting on January 23rd. Some of the other slated guest hosts include DL Hughley, Chelsea Handler, and Sarah Silverman.