Meryl Streep is Joining the Cast of Only Murders in the Building, and this is my "Avengers: Endgame" 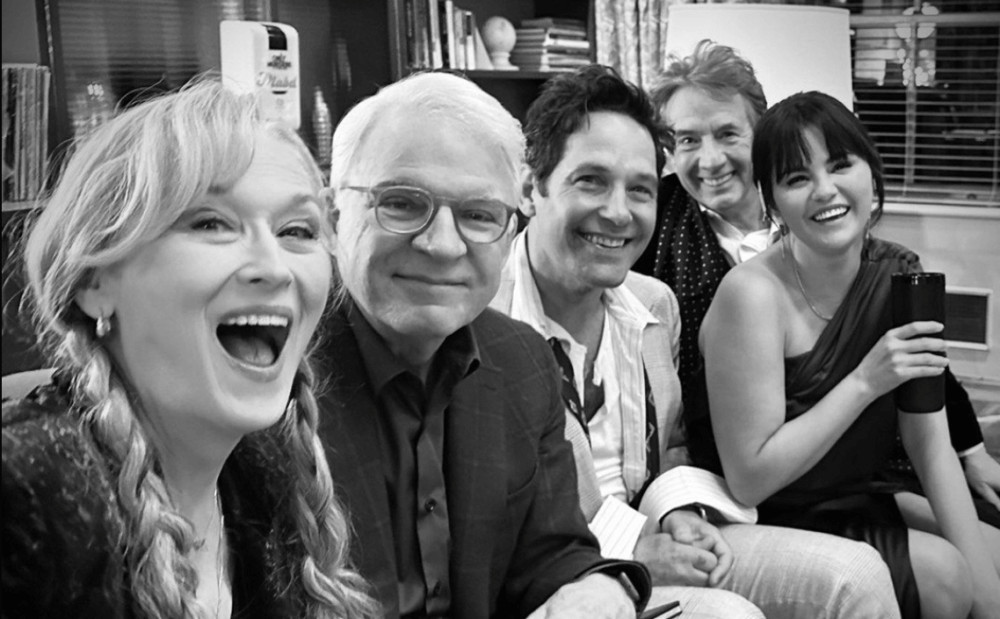 On Tuesday the star of the cast, Selena Gomez, posted a reel on Instagram featuring herself along with co-stars Steve Martin and Martin Short. The video shows the now beloved trio sitting together on a couch in the midst of filming. The video also, included some new surprise cast announcements.

Gomez first reveals that star of My Big Fat Greek Wedding and general icon, Andrea Martin, will be returning in the upcoming season. Then, Gomez goes on to show that not only is Martin returning, but America’s sweetheart, Paul Rudd, will be rejoining the cast for season 3. After Gomez remarks, “it can’t get better than this”, Rudd chimes in, stating, “well, I do think it could get a little bit better.” Next comes the best part.

Meryl Streep, who had been hiding behind the couch that was being sat on by the rest of the cast, hilariously pops in and asks if anyone needs anything, offering Steve Martin a pillow in the process. Martin Short responds, “just the tea I asked for a half an hour ago”. Only Murders in the Building confirmed the new cast addition with an Instagram post of their own featuring Gomez, Martin, Short, Rudd, and Streep. Their caption read: "Meryl Streep joins Only Murders in the Building Season 3!”

A post shared by Only Murders in the Building (@onlymurdershulu)

Gomez ends the video by silently screaming into the camera, showing her shock and excitement that Streep is right behind her, and bringing back Alex Russo (her famous character from Wizards of Waverly Place) levels of relatability.

Only Murders in the Building follows three true crime-obsessed strangers (played by Gomez, Martin, and Short) who find themselves caught up in a true crime mystery of their own. We’re so excited to tune into season 3 when it finally comes out!