6 Cancelled Shows That Left Us Shook 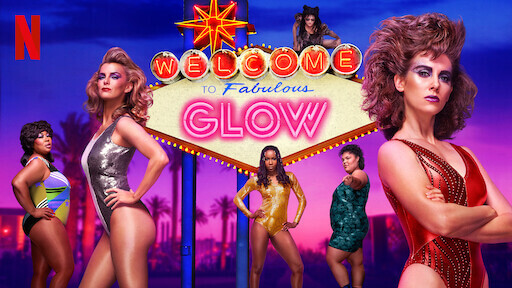 Last month, much to fans dismay, HBO canceled their popular series, Minx, about a young woman trying to start a feminist magazine (sound familiar?). But as a person who watches way too much TV and loves the classic girl boss trope, I can tell you that I’m beginning to get used to saying goodbye to my favorite female-led shows way before their time. Even though actresses and writers share their talent, heart, and ever-changing stories to create series that address female struggle, race, class, and queerness that many fans can relate to, many of these shows don't last as long as they should. Women are finally getting greater representation in TV, both in front of and behind the scenes— according to a recent report, women made up 63.1% of television staff writers, and 42% of streaming programs identified a sole female protagonist, in the 2019- 2020 season. Yet, it is disheartening how often shows that offer so much to their audiences are canceled after only a few seasons (sometimes only one!). The result of a combination of low ratings and bad timing, their stories are cut short leaving fans with unanswered questions. Here are some shows that didn’t make it to their final curtain call.

Alison Brie stars in this three-season show which told the story of an undiscovered actress in 1980s Los Angeles who joins a bedazzled women's wrestling group. Working alongside other Hollywood misfits, they make their mark in the land of stars.

The show was picked up by Netflix back in 2017 for its 3rd and 4th season. To the surprise of its leading actresses and critics, Netflix will not be renewing GLOW for its 5th and final season. From episode 1, you notice that each character has their own unique story to tell, with many of them centering around LGBTQ+ identities and other struggles of marginalized people. Brie spoke to Decider about the show not being renewed by Netflix. “it will forever live on as, like, this great thing. I loved working on it — maybe more than anything I’ve worked on! — and I miss it a lot. But I feel very grateful for the time I had on the show.”

Taking place in the ‘70s, the ambitious Joyce Prigger (played by Ophelia Lovibond) strives to create one of the first female-focused magazines with a feminist twist. With the financial support of Doug, a sleazy publisher (played by Jake Johnson), the idea changes to one of a feminist publication that will discuss issues surrounding women’s oppression, while also displaying full male nudity. When the new magazine, now titled Minx, is published, it grabs the attention of the community, in both positive and negative ways. With such an outspoken magazine, problems occur leaving the future of the publication at risk.

HBO Max canceled Minx while filming season 2, which left fans and critics amazed by the sudden change. Minx was one of many shows that got the kibosh during the merger of HBO Max and Discovery Plus. Star Johnson took to social media to plead for Minx to be picked up by another streaming service. “From what I am hearing S1 & S2 (and hopefully S3) will find a new home, the question is where… We appreciate all the online support. We love making the show and hope to continue to. It’s a crazy business & that’s partly what’s so additive [sic] about it.”.

Good Girls aired in NBC’s Sunday night lineup from 2018-2021, telling the story of three moms overcoming their financial issues via money laundering and robbery. Putting everything on the line to take back their lives, problems get in the way of the main characters. After robbing a local store, the moms notice that the money actually belonged to a gang who they will soon work for. Gang leader, Rio, orders Beth (played by Christina Hendricks) to start making deliveries taking her young kids along for the ride; and this is just the start of a new life of crime for this suburban mom. Christina Hendricks, Rhetta, and Mae Whitman continued the show for four seasons before it was canceled in 2021. With limited programs that focus on working moms taking on real-world problems, it was unfortunate that the show had to end.

In the ’90s, teenager Angela Chase (played by Claire Danes) goes through high school surrounded by drugs, alcohol, and conversations about sexual orientation. In the season one finale that ended with a cliffhanger, Jordan (played by Jared Leto) works to win back Angela after a drunk night with her close friend Rayanne (played by A. J. Langer), leaving Angela and Rayanne’s friendship on the line.

ABC canceled the show due to low ratings—it was airing up against Friends (1994), Martin (1992), and Mad About You (1992) during that time. Fans and critics were still stunned that My So-Called Life was canceled, and ABC made an effort to boost ratings by airing it on MTV. There was even a petition released by fans calling for season 2 to start production, but when the time came, Danes was no longer interested and had moved on to bigger roles, including starring in Romeo and Juliet (1996). Unfortunately, we will never know if Angela got back together with Jordan, if Ricky found a place of his own, or if Angela’s dad had an affair.

After failing to receive high enough ratings, NBC canceled this coming-of-age show after its first season. Lindsay Weir (played by Linda Cardellini) turns from geek to freak with her annoying freshman brother Sam Weir (played by John Francis Daley) just being a geek. A couple of kids click within their groups, with some going to comic conventions (geeks) or delving into the punk style of music (freaks). Creating ‘80s nostalgia while set at a Michigan high school from the ‘90s, Judd Apatow (creator of the show) gives his audience a bird’s eye view of drug addiction, dating, and puberty.

In recent years, Freaks and Geeks (1999-2000) has gained much traction, blowing up on TikTok from 2020 to now. Fans pulling clips from Youtube and reposting to the social media platforms led to fans discovering full episodes on Hulu. We all remember the time when we wanted to try an uncommon hair-do like Daniel, or change our identity because we like a boy just like Sam, or closed ourselves off from others by acting like the “tough girl” and having a hard time fitting in. The show gives audiences the pleasure of reminiscing about old high school days and showing us that we weren't all that different from who we are now.

With such an interesting starting point and relatable characters and subject matter, fans from the ‘90s through today are still disappointed that the show was prematurely canceled.

The Chilling Adventures of Sabrina:

This was one of the many shows that Netflix and other platforms canceled due to the pandemic. With only four seasons, referred to as “parts” by the show’s creator, actress Kiernan Shipka stars as Sabrina Spellman in this coming-of-age show adapted from the 1996-2003 series Sabrina The Teenage Witch in which she battles half angels, dark magic, and evil forces.

Showrunner Roberto Aguirre-Sacasa confirmed that part five was already in the works and that the story would have centered on a war between the witches, but did not gain enough traction to move to filming.

Thank you for all the love, #sabrinanetflix fans. Part Four is our best yet and Part Five, “Witch War,” would’ve been AMAZING. To be continued in the pages of #CAOS comic book... 💔🔮☠️🍔👨🏻‍💻 pic.twitter.com/wNvTfxYNfX

At the end of the day, viewers crave any cliffhanger, but only if we know that the show will return. With the uptick in female representation in the TV industry, it’s clear that audiences want to see stories about outspoken female rebels, moms taking back their lives financially, and women inventing a feminist revolution through a magazine. All we can hope for is that future shows we fall in love with don’t get canceled too soon. I’m looking at you, Minx.

Sabrina Walls is senior at Arizona State University, she is pursuing her bachelors in English and Media Analysis. Sabrina enjoys watching movies, reading, and being outdoors at all times.