Disability Activist and Actor, Lily D. Moore, On Her Work On "Never Have I Ever," How She Got Involved with Acting; and What Lies Ahead - BUST Interview 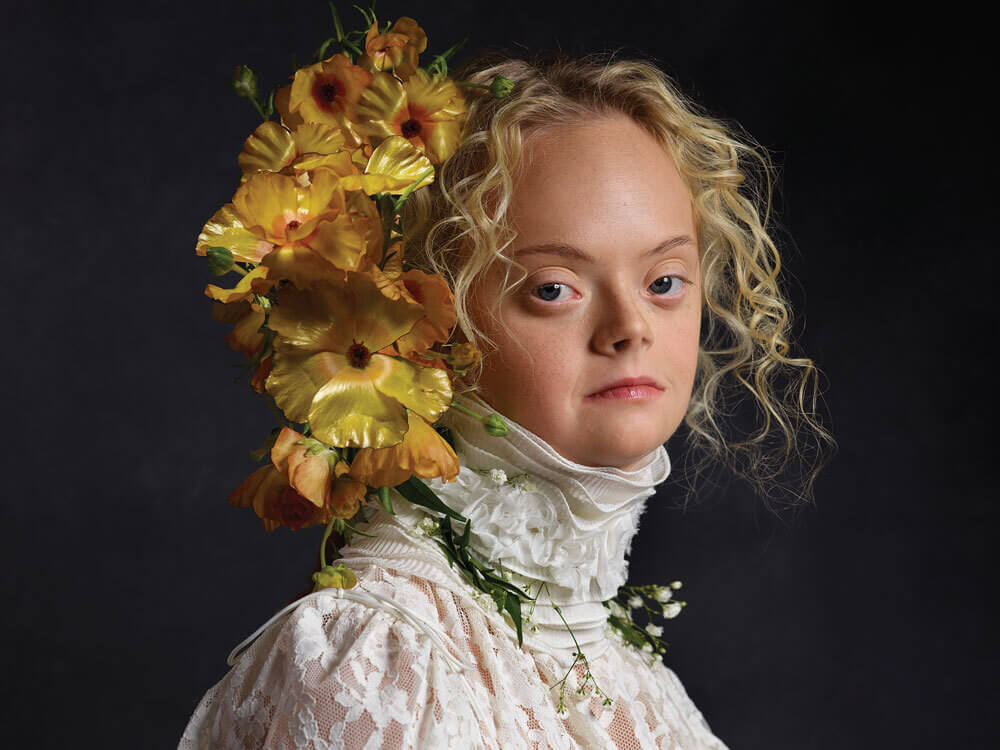 For fans of the Mindy Kaling-created Netflix series Never Have I Ever, it’s probably safe to say that when Lily D. Moore walked on screen as Rebecca in Season 1, she also walked into our hearts. Moore plays the sister of Paxton Hall-Yoshida—the main character Devi’s love interest—and she’s immediately endearing, from her high-fashion sensibilities to her low-key drags. “It’s really fun playing a character who has different personalities,” Moore tells me by phone. “But her sassiness was also really interesting for me, because I’d never played a character like that before.”

Rebecca’s sass is also her charm, like when she calls Paxton, played by Darren Barnet, a douche for being intimidated by Devi’s intelligence. But their sibling relationship is incredibly sweet, too, and that connection extends off-camera. “We definitely have a good friendship in real life,” she says of Barnet, who shares acting advice and on-set pep talks. “One time, I was really nervous, and he just said, ‘Hey, I have faith in you. You got this.’”

The high school-set series—scheduled to premiere its fourth and final season in 2023—is one of the most inclusive on television, another reason playing Rebecca feels monumental to Moore. “It’s not every day you see a person with a disability like me, someone with Down syndrome, on TV,” she says. “Just seeing that can really be impactful.” That representation is something she factors into every role she considers. “Whatever it is, if it’s TV or a movie or anything, I feel like it’s definitely important, because I want to show people that it’s OK to be yourself,” she says. “Whether you have a disability or not, I want to show the world that it’s OK to be different.”

In addition to her role on Never Have I Ever, Moore has appeared on Single Drunk Female; as a green-haired punk named Safety Pin on the Maria Bamford-led animated series Teenage Euthanasia; and scored her first leading role in last year’s Hallmark rom-com Color My World With Love. It was a life goal unlocked for the 19-year-old, who took her first acting class at 6. “My parents wanted me to do sports,” she says. “And I wasn’t really interested. But I saw acting and thought, ‘I want to try this.’ I immediately fell in love with it.”

Our chat takes place just weeks after Moore reached a major personal milestone: starting college. In September, she moved from her home in Atlanta—where she lived with her parents, was active in her church youth group, and doted on her cats Lester and Hazel and her dog Charlie—and settled into the campus dorms at South Carolina’s Clemson University. These days, her life is packed with football games, making dinner with her roommates (pizza and spaghetti are major players), and attending classes—she’s studying healthcare in the hopes of being a nurse or a physical therapist. She put acting on the backburner for a bit, but now she’s working toward another big dream: becoming the first actor with Down syndrome to win an Oscar. “I dream about it when I’m in bed. I’m like, ‘Jesus, whatever the acting gig is, please lead me to that,’” she says. “So, hopefully something comes up. Because I want to be that advocate for people.” –lisa butterworth