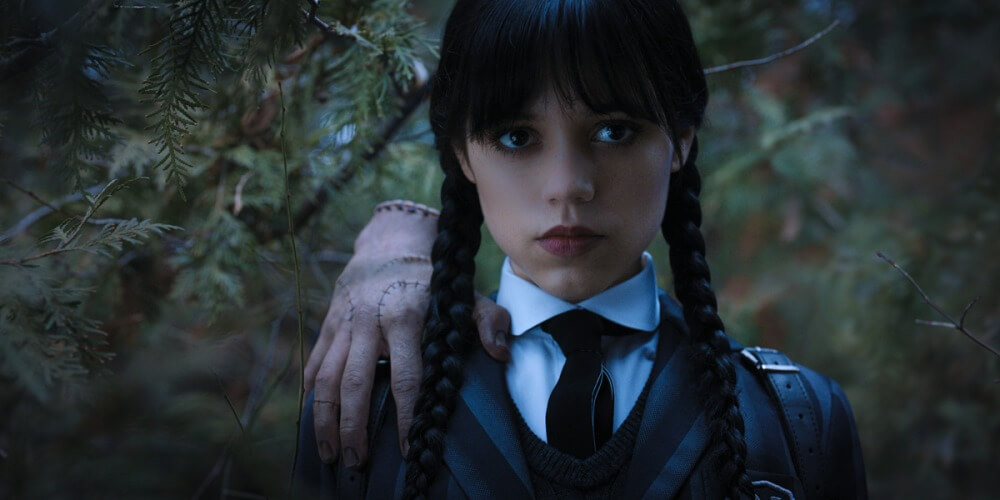 The Cramps. Black tulle. Dope cello solos of “Paint It Black” on the roof. What’s not to love?

Nevertheless, many adults are not into the new Wednesday show on Netflix, partially directed by Tim Burton, because of the teen rom-com angles but in my opinion, that’s low-key the whole point. The eight-episode first season is one filled with teenage angst with a heaping dollop of macabre feminist flair. 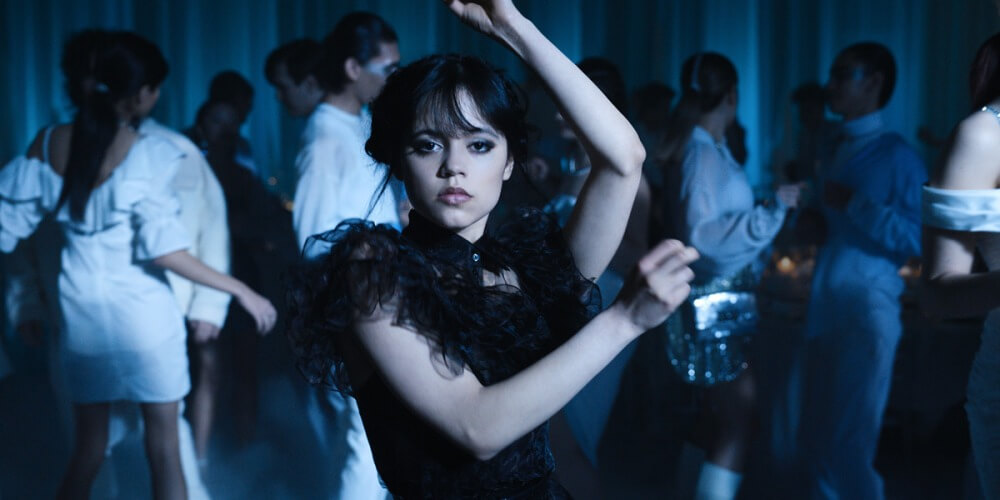 First off, the cast: perfection. There were hesitations swirling the internet when it was announced that Luis Guzman was to play Gomez, but his portrayal of the Addams family father couldn’t have been more spot-on. His tender and unflinching love for his “little storm cloud” is deeply endearing, especially when Wednesday recounts the ways he’s taught her to fend for herself in a world of treachery. Catherine Zeta-Jones kills it as matriarch Morticia with her signature black bell-sleeve gown and porcelain skin. The parental pair, although dark in spirit, provide a handful of lessons to be learned in unconditional love for your child. They meet Wednesday where she is, choosing paths and actions out of respect for the way she sees the world without undermining or belittling her, allowing her to flourish in her way which in this case means saving a whole school from evil. No biggie. Then we have Christina Ricci, as the Nevermore's first "normie" teacher Mrs. Thornhill, whose ties to Wednesday are especially close as she played the Addams daughter in the 1991 movie The Addams Family. Nevermore Academy's head honcho, Principal Larissa Weems, is dazzlingly played by Gwendoline Christie who you can more read more about in Bust's May/June 2019 issue. 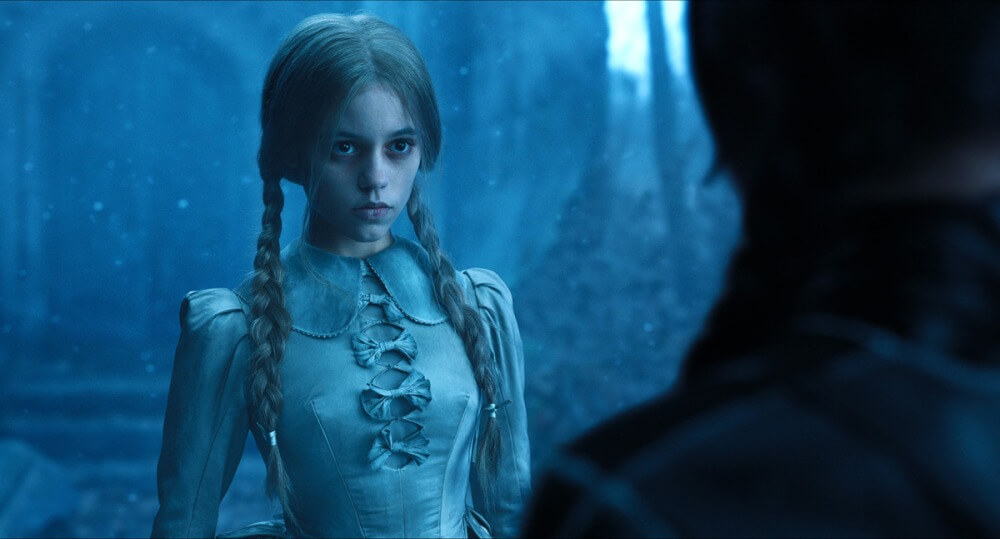 Yes, it’s a teen drama-comedy. Yes, it has relationship drama and friend trouble. Yes, they do indeed go to Prom and do all they can to not become their parents. But let’s be real and not act like we didn’t expect all of this prior to the show debuting, when Netflix has been picking up teen-angled otherworldly spoofs for years (some of which originally premiered on the CW) like Riverdale, The Chilling Adventures of Sabrina, and Fate: The Winx Saga. And it’s fabulous. We love it. Here’s why:

Outcasts and weirdos will never not appreciate being represented on TV. As a (not so) former teenage goth girl whose iPod was loaded with the likes of Avril Lavigne, Hole, Liz Phair, and Garbage, I found solace in characters whose hair was blue and whose boot soles were three inches thick. Perfect for stomping on hearts and kicking down the door of the Patriarchy. No matter how much you stand by the idea of being a lone wolf and liking it that way when you’re in the thralls of teenagehood, it’s undeniable that seeing yourself reflected in some form of media is comforting and inspiring which is deeply important at a time of such acute uncertainty. 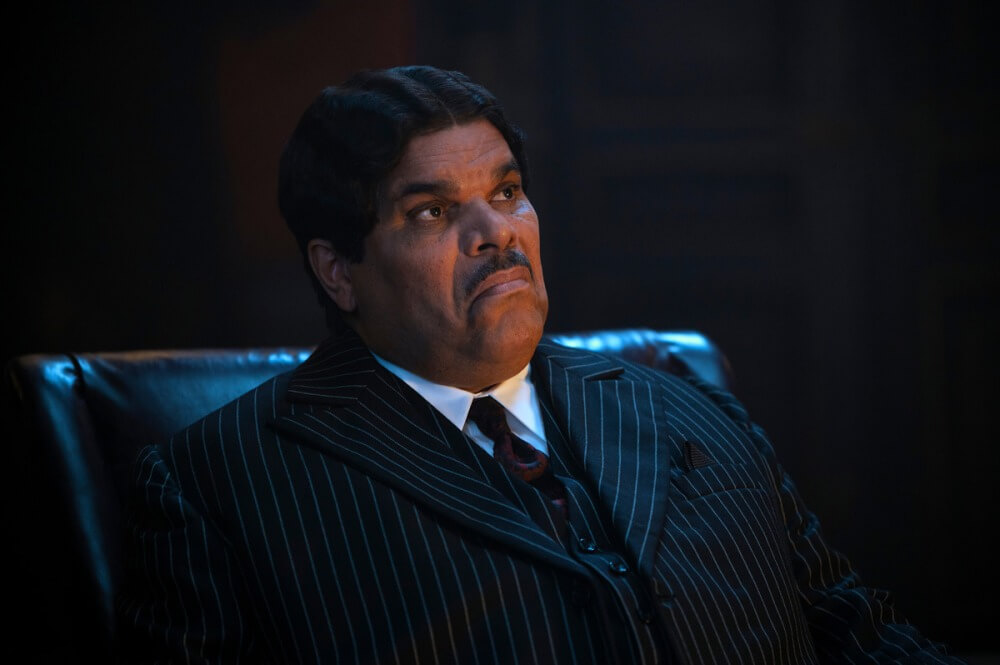 Secondly, I am not innocent of groaning at the cheesy woke-esque lines in modern teenage TV shows, as it often feels like a fairly obvious stretch to a specific demographic like middle-aged political figures using TikTok dance trends to appeal to new and young voters. It’s a fine line between the cringe of Regina George’s mom and the cool of Lorelai Gilmore. Wednesday, however, has hit the nail in the coffin when it comes to culturally relatable one-liners in subtle but “damn that was good” ways. With quotes from Morticia such as, “men like you have no idea what it feels like to not be believed,” when confronting the mayor about covering up classmate's Garrett’s intentions to harm Nevermore students, and queen bee Bianca’s line in reference to her mother, “fire tests gold, suffering tests a woman,” the tone of feminism is not missed and is fluid enough that it feels authentic rather than decorative. 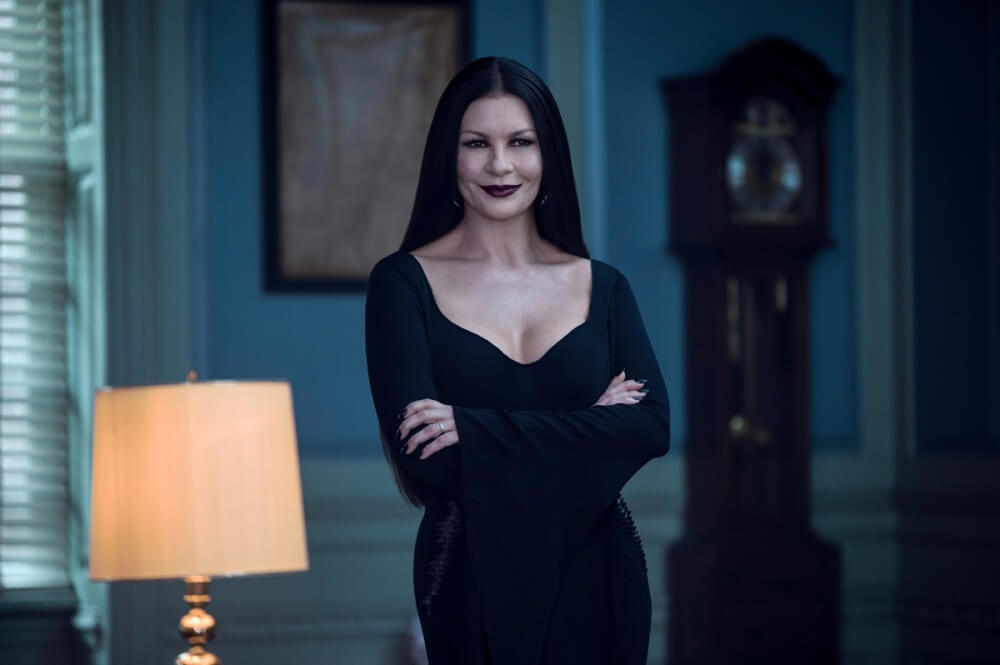 Third, the cinematography is cool as hell. Color and lighting carry a ton of weight when it comes to tone in movies and TV, Wednesday included. The use of dark colors and creative angles gives the show an extra layer of dismal, witchy, disturbing goodness. There’s no way we can’t talk about the Prom dance scene. Jenna Ortega’s self-choreographed routine from episode 4 “Woe What a Night” was immediately iconic. The straight-on camera angle of Wednesday’s lowered face and piercing eyes accentuates the confident abnormality of the character, further driving the point of creepy crawly with a from-above camera angle that captures a quick snap back of the neck that had me screaming in a good way. In an interview with Netflix, Ortega admits she felt quite self-conscious about this scene due to not being a dancer or choreographer.

In a tweet regarding the dance to The Cramps’ “Goo Goo Muck”, she says her inspiration for the dance came from watching videos of goths dancing in clubs in the 80s. Again, love.

Thanks to Siouxsie Sioux, Bob Fosse’s Rich Man’s Frug, Lisa Loring, Lene Lovich, Denis Lavant, and archival footage of goths dancing in clubs in the 80’s. Helped me out on this one. https://t.co/zlxlv1JUW4

“Murder, monsters, mayhem. What fun!” But what’s next? Everyone is asking the question, will there be a second season? While nobody from the cast or crew has confirmed a follow-up season of Wednesday, there are some major suggestions in the last episode as well as some easter eggs in interviews with cast members. In an interview with Digital Spy, Gwendoline Christie speaks on the seeming end to her character Principal Weems, “I feel like Larissa Weems would not really be prepared to entertain or be dominated by anything as commonplace as death.” Hmm, noted. That suggestion, the cliffhanger ending of season one, and co-creator and executive producer Alfred Gough’s comment that he and co-showrunner Miles Millar are “discussing it” in an interview with Daily Mail all point to the definite possibility of more Wednesday to come.