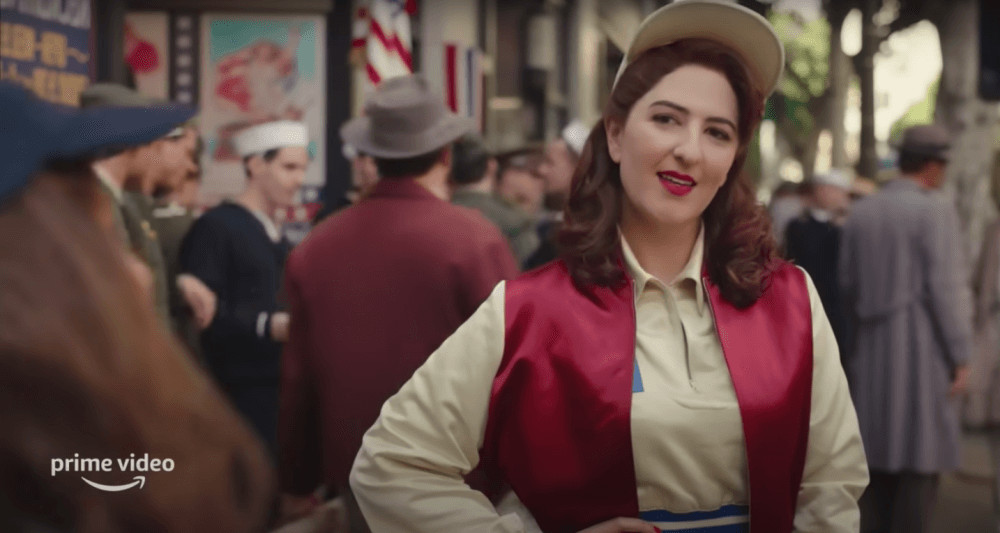 I love a good queer period drama. Carol is my favorite Christmas movie. Gentleman Jack sent me on a deep dive through the Anne Lister Diaries on Audible.  I’ll even go for a screening of If These Walls Could Talk 2. The stomach-twisting stress of the closet of generations past usually leaves me with an affirming sense of relief. My queer family can move through the world not only safely, but seen.

As my streaming service algorithms predicted, when queer applause exploded for Prime’s reimagining of A League of Their Own I was on board. Set in the middle of World War II, the series follows the creation of the All-American Girls Professional Baseball League.  The main plot lines trace the queer characters as they navigate their own identities and relationships within the systemically homophobic, racist boundaries of the 1940s American Mid-West.  I eagerly settled into the series, anticipating the smug gratitude that comes with the distance of modernity. But Abbi Jacobson's reimagined series left me feeling something else. Watching the characters navigate the realities of queer life in 1943 is chilling.  Same-sex attraction would be considered a serious mental illness for another three decades making involuntary commitment and lobotomy –  the surgical severing of the frontal lobe of the brain – a constant fear. State legislatures passed laws, empowering local police to arrest openly queer and trans people, raid queer friendly establishments, and harrass and intimidate “suspected degenerents.” This violent, carceral element compounded the social and political ostracization of queer and trans people for decades.

Throughout the season the queer characters speak frankly about self-enforced “rules” to avoid outing- flirt with men to appear straight, never engage in public affection, and avoid any bar that welcomes you.  Living an authentic queer or trans life has rarely been simple, but the cost of outing and the corresponding weight of the closet is determined by the force behind the fall-out. Throughout the 1940s, 50s, and 60s government-led attacks on queer and transgender people destroyed lives. Stonewall for instance, was a literal riot with drag and trans legends like Stormé Delarverie and Marsha P. Johnson at the helm. Thousands of LGBTQ civil servants were branded as national security risks and forced out of government careers. The FBI infiltrated and monitored the early gay rights organizations of the 1950s, including the Mattachine Society–an early secret organization for LGBT activists. Police entrapment and prosecution under anti-sodomy laws through the 1970s left many queer people feeling hunted and dehumanized.  Beyond anti-sex laws, powerful censorship policies silenced queer media and publication houses and erased queer characters from films. Television stations aired jaw-dropping public service announcements designed to cement the villanization of queer people, particularly gay men.

I know this history, but the final episodes of the season still exposed a nerve that I struggled to name. Then, this past August, a teacher in my homestate of Oklahoma, faced termination, and was later forced to resign, because she provided her students access to books by writers like Zora Neal Hurston, poet Maya Angelou, and Kurt Vonnegut.

The books defied a new state law–House Bill 1775, a new law banning critical race theory in the state. Thinking about the transformative impact these writers had on me at 17, it hit me: Jacobson’s portrayal of lesbianism in the 1940’s – the weight of the closet, unrequited and forbidden love, and general demonization of one’s personhood, does not feel safely settled in the past.

In the past two decades, advances in Congress and the courts have fundamentally changed queer people’s relationship with the government and with each other. Passage of the Matthew Shepard and James Byrd Jr., Hate Crime Prevention Act in 2009, codified the terms sexuality and gender identity for the first time in federal statute, signaling a national commitment to ending hate based violence. Over the course of two decades, the Supreme Court overturned anti-gay sodomy laws, and in 2015, gay marriage was recognized as a Constitutional right across the US. For my generation, coming out may cost us friends, roommates, or faith communities, but these threats don’t seem to be largely sanctioned by the government. But that might not actually be the case. Victor Madrigal-Borloz, a UN Independent Expert has warned the Biden administration that human rights of LGBTQ people are being deliberely underminded by some state governments, and to tighten up.

The upending of civil rights isn’t just relegated to the queer community. In the wake of the Supreme Court’s ban of Roe v. Wade, anti-abortion state legislatures have wasted no time in restricting reproductive and healthcare rights. The state of Florida is being accused of using a third-party digital app to track female-athletes' periods.

With well-funded, stunningly popular ideologues at the helm and acquiescence from party leadership, the MAGA movement is pedaling a 1930s style anti-knowledge, anti-woman, anti-LGBTQ platform that reeks of ambition and dangerous scape-goating. Need help sorting the real from the fke? This guide to media literacy is a good place to start. We must find new ways to respond to exclusionary rhetoric and to hold persistent pushers of division accountable at the ballot box, in the pew, and at the dinner table. Many women are using female past times like knitting and needlework or baking as a form of protest.  Operation Save Abortion has plenty of resources and tips on actionable steps to take to protect reproductive rights. Black, trans-led collective, For the Gworls throws parties to fundraise for Black, transgender people.

Now is the time to re-center our humanity through unrelentless authenticity and radical empathy for ourselves. We have the lessons of history and human rights activists, but we are the makers of the future.