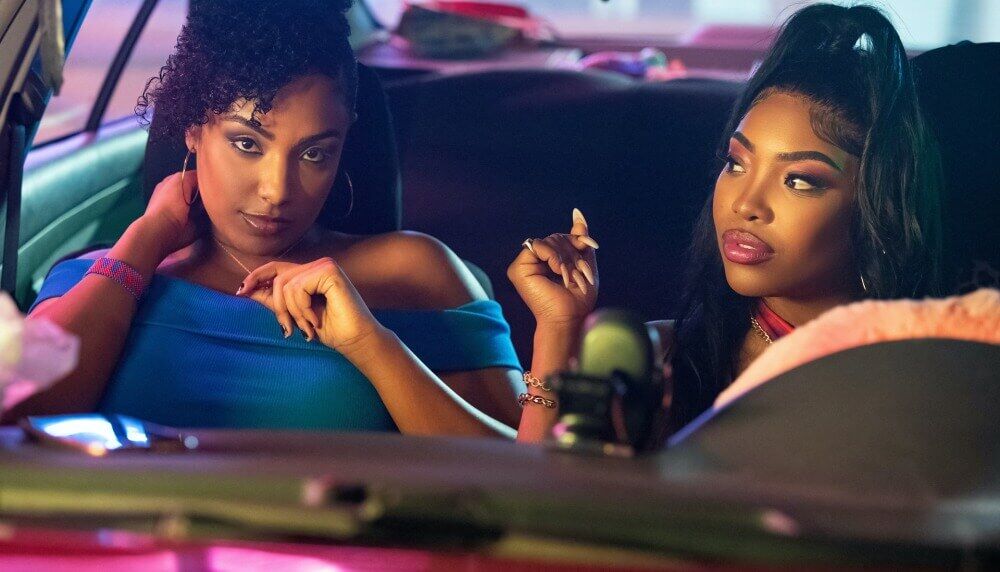 Shawna (Aida Osman) and Mia (KaMillion) are former high school friends from Miami who have recently reconnected. Shawna has bars, evidenced by minor early success, but hasn’t quite found that je ne sais quoi that sets her apart from the rest, plus some of her rhymes aren't all of that (on one episode she writes a rap about student loans). Mia, on the other hand, is a single mother with a boisterous personality that she combines with sex appeal to survive everyday life. With Shawna just moving back home, it’s clear the two friends aren’t the closest they’ve ever been, and have morphed into completely different women.

Much like with Los Angeles in Insecure, the city of Miami is the unofficial co-star of Rap Sh!t, from B-roll visuals, to musical selection (Trick Daddy’s “Take it to the House” is featured in episode one), and city native Kid Fury who writes for the show, Miami’s influence is all up and through the episodic series. The show is in part based on the life of hip-hop duo The City Girls, (who also executive produce).

Jonica Booth appears as Chastity, the duo’s friend and wannabe music manager, who might not be as slick as she thinks she is. Former BUST boy du jour Jaboukie White-Young makes appearances as Shawna’s ex-producer who has blown up by selling out (basically), as does DomiNque Perry (Tasha on Insecure) who plays one of Mia’s homegirls, and who just doesn’t get Shawna and Mia’s rekindled friendship.

The typical Issa Rae influence is there, as evidenced in Shawna’s awkward Black girl personality, a propensity to poke fun at current pop culture happenings. Shawna’s insistence to wear African-inspired tribal masks over her face while rapping, seems like a dig at female rapper Leikeli47, for instance. Many scenes are shot to look like an IG-live, Facetime, or TikTok video—which is clever cinematic device, considering the generation this show is for and about.

As the series goes on we see the two tackle misogyny both from the industry and those around them. Mia, for example, is an online sex worker and faces discrimination accordingly. Shawna's long-distance bae Cliff, played by Devon Terrell (Barry). is less than thrilled with the changes Shawna is making, especially with him being in law school and all.

This might seem like a light-hearted show about two former friends faking it til they make it, and it is.

At the core though, Rap Sh!t is really about two women in a big city who are trying to figure their shit out, and “make it”–whatever that means to them.

Tags: rap sh!t , rap sh!t series , issa rae , issa rae series , hoorae productions , city girls , female rappers , feminist rap , onlyfans , hbo max
Support Feminist Media!
During these troubling political times, independent feminist media is more vital than ever. If our bold, uncensored reporting on women’s issues is important to you, please consider making a donation of $5, $25, $50, or whatever you can afford, to protect and sustain BUST.com.
Thanks so much—we can’t spell BUST without U.