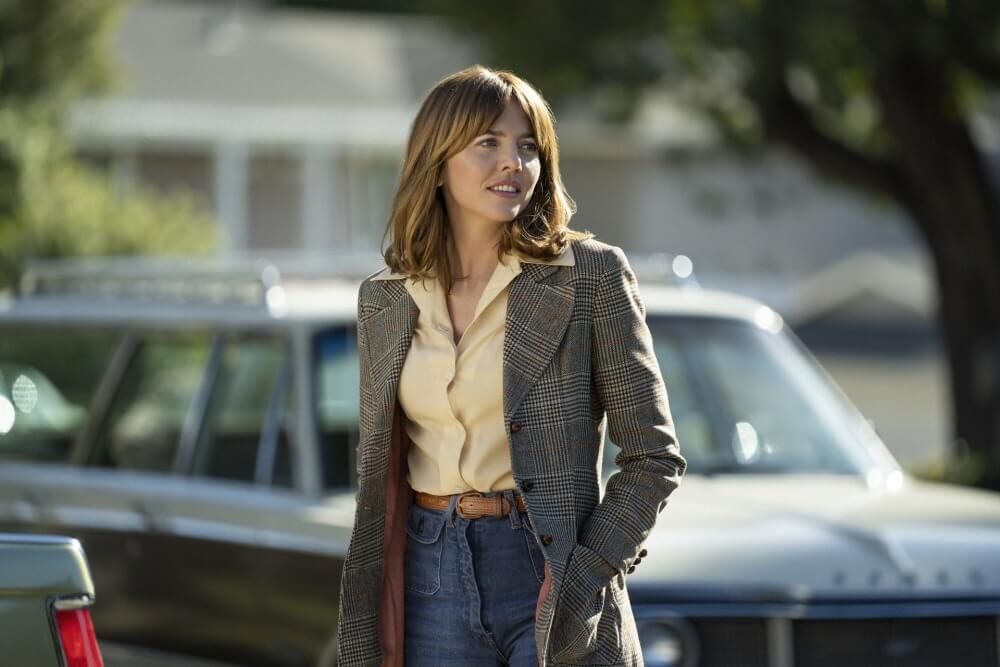 As a writing professional and former sex worker, Minx piqued my interest. A show about two communities that interest me? Sign me up!

Set in 1971, we meet Joyce (Ophelia Lovibond), an idealist and writer, as she is giving a presentation of her feminist magazine, The Matriarchy Awakens, to a bunch of male 1970’s magazine executives at a magazine pitch convention. She’s serious about her stuff, urging them to be on the “right side of history” and these men are… just not interested. One even points at the woman on the cover of her magazine mockup  and asks, “Why is she so angry?”

Other characters rounding out the ensemble include Bambi (Jessica Lowe) a nude model who frequently works with Doug and who has been appointed to help get Joyce’s magazine up and running. She plays the role of 1970’s bimbo with a heart of gold, and, over time, discovers she’s got ideas, too. 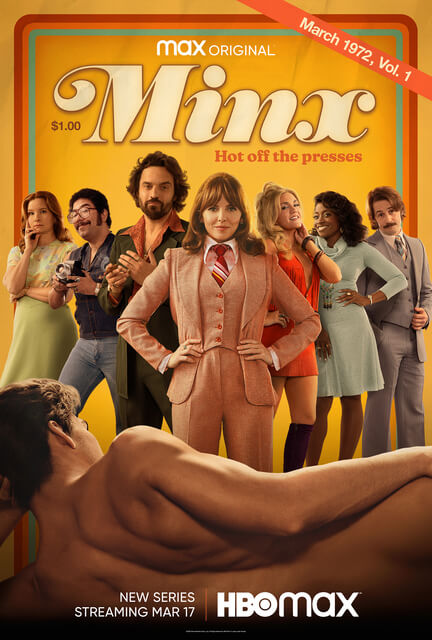 What I really enjoyed from the three episodes I was sent to review was the commentary on internalized sexism that can often exist in feminist movements. It’s clear Joyce has studied “the greats”: Beauvoir, Wolf, Friedan, Nin—but she doesn’t seem to know how to connect or translate these academic thoughts and ideas to a more accessible tone or viewpoint that women might actually want to read. Plus, she seems to be a prude—a judgmental one at that.

Minx also tackles double standards, racism and stereotypes (on arriving at Doug’s office for the first time, Joyce sees Tina (Idara Victor) Doug’s right-hand woman, not secretary, sitting in the meeting, and asks her to get her some tea), along with changing ethics in the thick of the women’s lib and civil rights movement of the early 1970’s.

Minx is streaming now on HBOMax