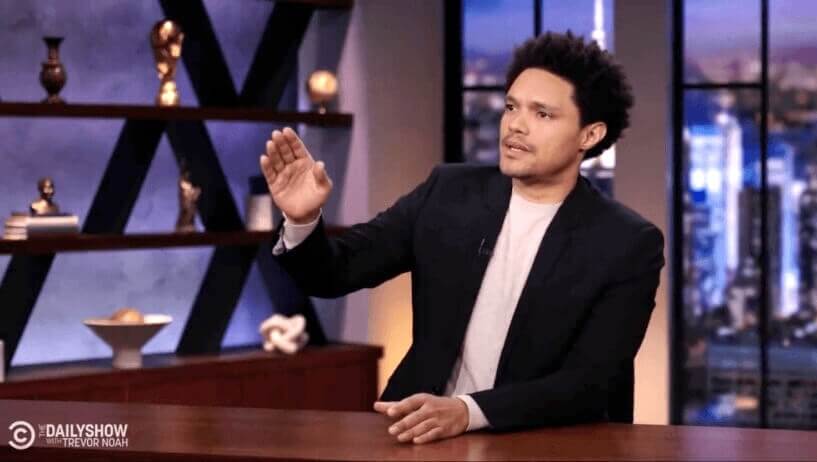 Four days ago, comedian and talk show host Trevor Noah devoted a ten-minute segment on The Daily Show to defend Kim Kardashian. Noah emphasized the concerns we should all have about Kanye’s behaviors toward Kim, calling out victim-blaming, and how the public constantly ignores women in need until it's too late.

Unpacking the Kim-Kanye-Pete situation and the harassment many women face when trying to leave a relationship. pic.twitter.com/qF3cfiYL9R

On Wednesday, Kanye was banned from Instagram for 24 hours for using racial slurs against Noah for his segment on Kim. Using a play on words, Kanye had captioned a screenshot of Noah with the repeated phrase “Koon baya my lord” referring to Kumbaya, My Lord, a gospel song with African roots, effectively calling Noah a racial traitor for speaking out on Kim’s behalf. This, just hours after he ​​posted that he was “really concerned” Pete Davidson would get Kim “hooked on drugs.”

Kanye has been repeatedly expressing publicly that he wants Kim back, captioning Instagram posts and texting her nonstop— but his public behavior has grown more and more aggressive and abusive toward Kim. Ultimately, Kanye’s messages have grown threatening and with such a big fan base, even idle threats can be very dangerous, especially against public figures. 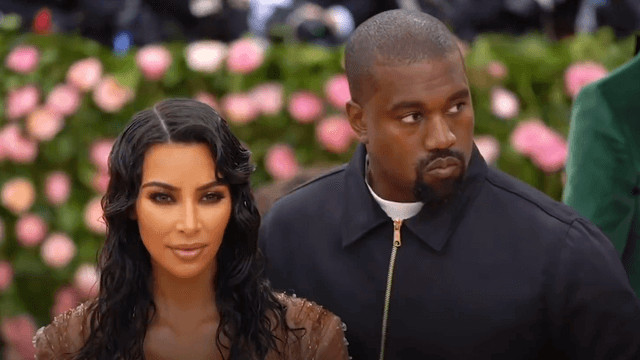 Kim Kardashian and Kanye West at the Met Gala in 2019, Photo courtesy of Cosmopolitan UK via Creative Commons Attribution 3.0

In case you lost Internet access eight years ago and are just now getting it back, here's the story:  reality TV star Kim Kardashian and rapper Kanye West got married in 2014, and now have four children together, though they’ve known each other for almost 20 years. The pair have been something of a power couple for a while, but there were reports late last year that their relationship was on the rocks, citing a “big fight” between them in December. After seven years of marriage, Kim split with Kanye in January of 2021 and officially divorced him just this month.

But then, after Kim started dating Pete Davidson in October of 2021, nearly ten months after she split from Kanye, the rapper became more and more belligerent. Kim even had to ask that he stop posting targeted messages on Instagram and mentioning Pete publicly because she was afraid someone would try to hurt Davidson. More recently, Pete has been contacting Kanye directly, asking him to leave Kim alone. To read all of the leaked texts from the Pete-Kanye discourse, look here.

But Kanye’s harassment recently took a turn to something more serious. In a new claymation music video from Kanye West and “The Game,” for their song “Eazy”, Kanye’s clay character kidnaps, buries, and decapitates a Pete Davidson look-alike. The song itself has the infamous lyric “God saved me from that crash / Just so I can beat Pete Davidson's ass.” And if that wasn’t enough, in an alternate animated video for the song, a red monkey (the symbol for the album cover) beats up a blurred-out version of Pete Davidson. 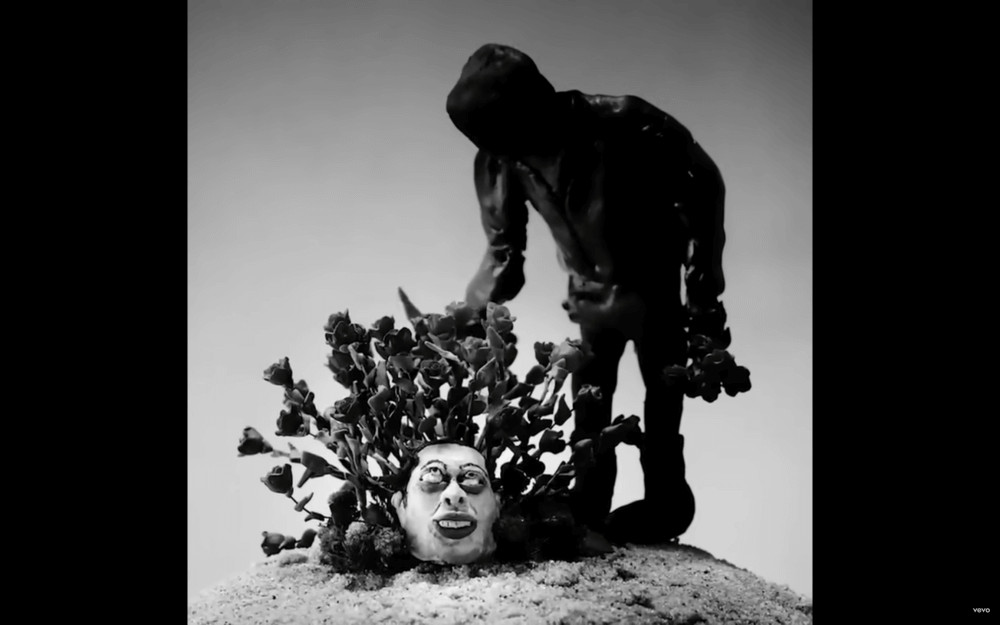 As Noah points out, art is therapy, but “therapy is also therapy.” Even though Kim is known as someone who loves attention and publicity, Noah makes it clear that this doesn’t mean she's safe from being harassed by Kanye. “If Kim cannot escape this…then what chance do normal women have?” Noah said. Although anyone following this story can see that what's happening between Kim and Kanye is a terrible situation, Noah has a personal connection to the impacts of domestic abuse and violence through his own parents’ story. Noah only alludes to it in the video, mentioning that his mother was shot by her spouse, and that before it happened, everyone chose to ignore the signs. “One of the things I found most interesting was how often people told my mom she was overreacting.” 1 in 3 women have experienced intimate partner violence, and according to an article published by Health and Human Services in their Violence and Victims Journal, emotional abuse is the most common type of interpersonal violence—48% of women report having experienced psychological aggression. Ultimately, the story of Noah’s parents is an even more tragic one.

Noah’s biological parents got divorced when he was young, but his mother’s next husband, Noah’s stepfather, was abusive. He once beat Noah’s mother with scrap bicycle frames, and that kind of abuse became a regular occurrence. In 1996, Noah’s mother left him for good but in his rage, he tracked her down and shot her in the face. He then went off in search of Noah, intending to shoot him as well, leaving Noah's mother for dead. Thankfully, he never found Noah, Noah’s mother survived, and eventually, Noah’s abusive stepfather ended up in prison. Noah spoke out as someone who experienced what happens when the harassment escalates and gave a serious tone to an issue that is played up for entertainment in the tabloids.

Just hours ago, Pete Davidson canceled his trip on Jeff Bezos’ Blue Origin flight into space, opting to stay earthbound. Many believe this is because of Davidson’s concern for Kim and the harassment she is facing from Kanye. A once-in-a-lifetime chance, and he canceled the trip. Perhaps it is time for us to take these issues more seriously—how long will it take before we think it’s gone too far and do something about it?