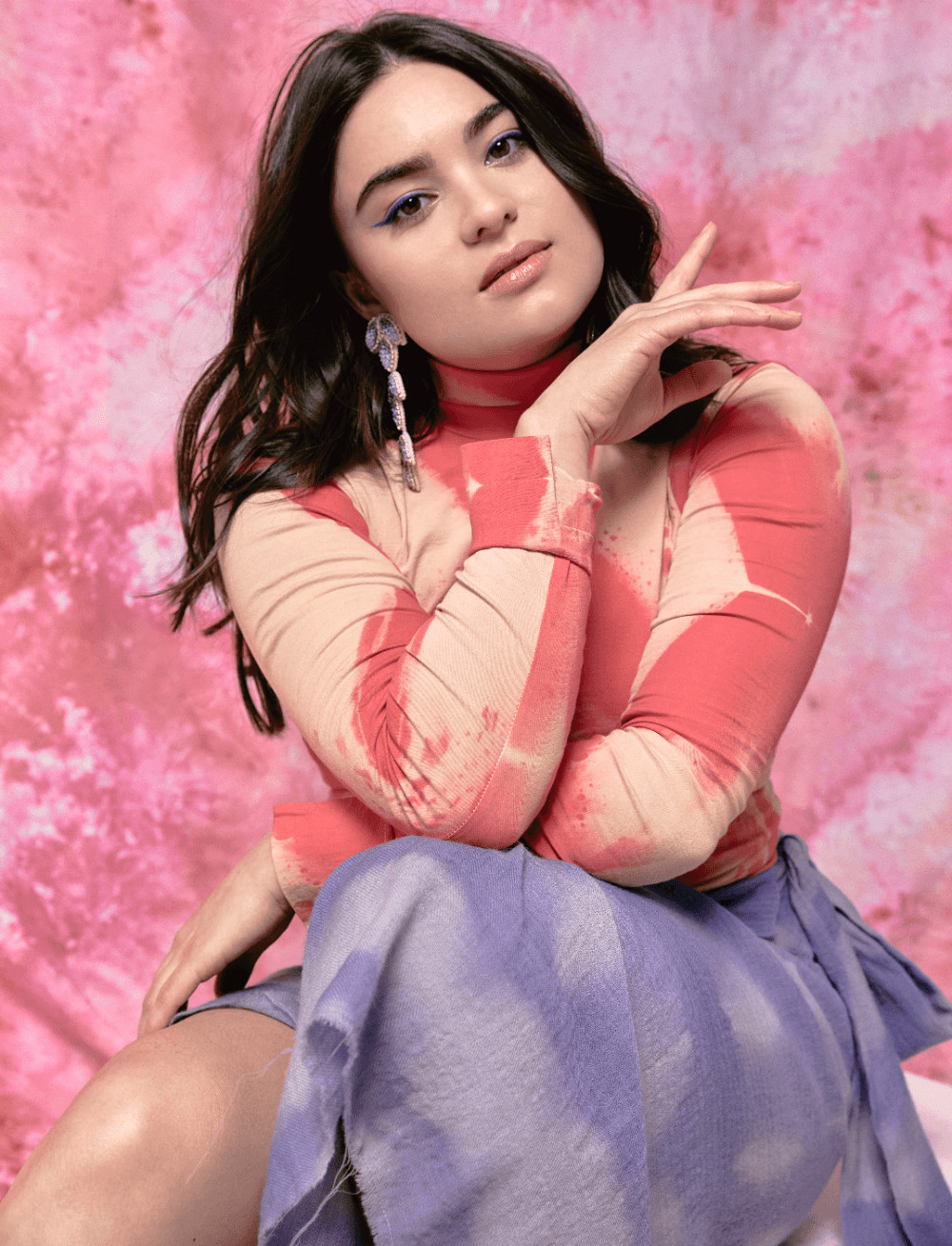 When Devery Jacobs graduated high school, she was at a crossroads. She had explored her love of acting both in school and through local community productions, but she wasn’t sure she could seriously pursue it. Jacobs, who grew up in the Kahnawà:ke Mohawk Territory in Quebec, knew parts for Indigenous actors were extremely limited. “It was a time when all of the roles for Indigenous women were stereotypical Pocahontas-type parts,” she says from her home in Los Angeles.

“I remember telling my agent, ‘If I’m going to have a sex scene, it can’t be in buckskin.’”

In 2013, she landed her first leading role, in the independent film Rhymes for Young Ghouls, written and directed by Mi’kmaq filmmaker Jeff Barnaby. That experience, she says, changed everything. “It was the first time I’d seen a character that was reflective of my community,” Jacobs says. “It just proved that our stories are worthy and valid, and I’ve been finding ways through my storytelling to support Indigenous people ever since.”

Now, at 28, Jacobs is starring as Elora Danan in the FX on Hulu comedy Reservation Dogs, which centers around four Indigenous teens who bring mischief to their rural Oklahoma town. The series was created by Indigenous storytellers Sterlin Harjo, who is also the showrunner, and Taika Waititi, who is best known for writing What We Do in the Shadows (the movie and TV show) and Jojo Rabbit. Reservation Dogs is also breaking barriers with its entirely Indigenous writing staff and directing team, and a mostly Indigenous crew. “The fact that Reservation Dogs exists is astounding,” Jacobs says. “I never thought we’d be able to achieve something like this.”

Jacobs, however, also admits she couldn’t be more different from her character, who steals a delivery truck in the show’s first episode. “She’s way more badass than I could ever be,” says Jacobs. “I grew up as a people pleaser. I wanted to be the perfect Mohawk woman, but it never felt right.”

According to Jacobs, that compulsion to please others finally subsided when she moved to the city of Montreal and “stepped into her queerness.” “I felt like queerness was not a Native thing. I would have really benefitted from a femme, queer, Indigenous woman who was open and proud [on TV],” she says. “That’s why I’m so open and honest about it. It’s so desperately needed.”

Reservation Dogs also touches on the subject of suicide in the Indigenous population, which is especially prevalent among LGBTQ youth. “I want to stress how important you are, how loved you are,” says Jacobs about the cultural impact she hopes her show has on queer young people growing up the way she did. “Back in the day, pre-colonization, you’d be considered sacred. There’s a whole community of us waiting for you.”

In Season Two of Reservation Dogs—coming out this spring—Jacobs will step into an additional role as a writer. She also has a slew of other projects in the works, including producing and acting in an independent feature film about cheerleaders, which brought her back to her roots as a competitive gymnast, and voicing the “bubbly and silly” character Alasie in ARK: The Animated Series, which also stars Elliot Page, David Tennant, and Russell Crowe. Due to the pandemic, Jacobs says she mostly recorded her part at home in a closet, a fact she shares with more than a hint of irony. “There’s probably a joke in there somewhere.”

Tags: Reservation Dogs' season 2 , Devery Jacobs reservation dogs , Elora Danan , Indigenous populations , mohawk woman
Support Feminist Media!
During these troubling political times, independent feminist media is more vital than ever. If our bold, uncensored reporting on women’s issues is important to you, please consider making a donation of $5, $25, $50, or whatever you can afford, to protect and sustain BUST.com.
Thanks so much—we can’t spell BUST without U.