The Trailer For "The First Lady," A Film About Trailblazing First Ladies of America, Starring Viola Davis as Michelle Obama, Has Dropped 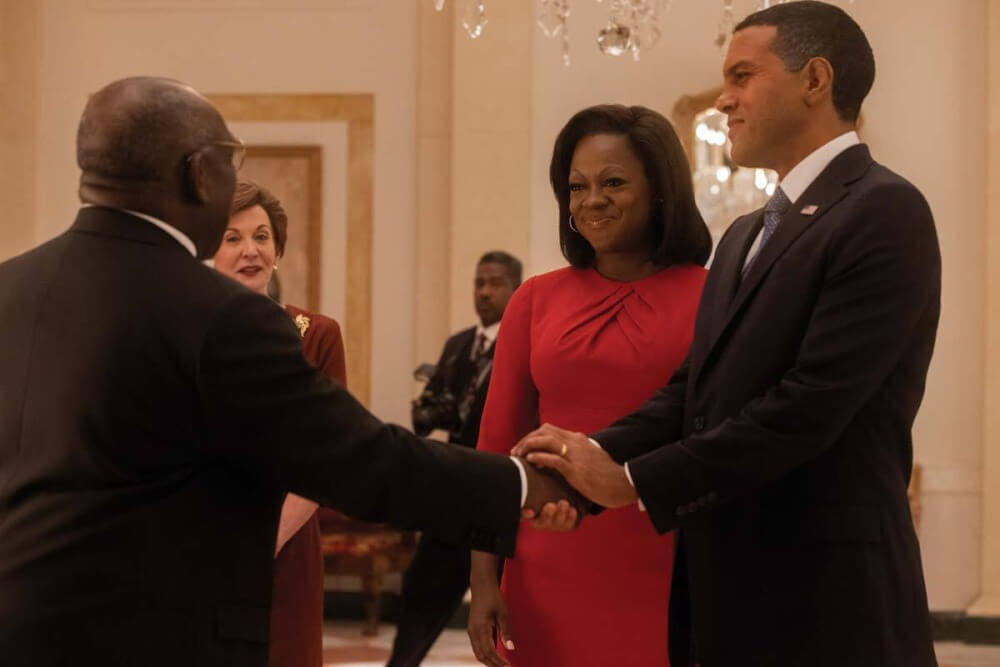 “How do you really feel about being first lady?”

As a deep violin strikes in the background, we see Viola Davis pose for photographs as Michelle Obama and Gillian Anderson clip her hair back in front of a mirror as Eleanor Roosevelt. A quick cut takes us to Davis with boxing gloves on jabbing a punching bag. The music picks up and we get glimpses of these ‘perfect’ first ladies feeling rage, ferocity, and messiness.

This is how the trailer for The First Lady – an upcoming Showtime anthology series, premiering April 7, begins. The show pulls back the curtain on the pressures and realities of being a First Lady.

Oscar winner, Viola Davis, transforms into Michelle Obama. In the second clip of the trailer, she vulnerably lies on a couch, telling her husband, President Barack Obama, "In four years, I don't wanna look back and think, what did I become living in that house?"

Alongside Davis, we get  Gillian Anderson as Eleanor Roosevelt, who played an incredible Margaret Thatcher on The Crown and Michelle Pfeiffer as Betty Ford. According to the Hollywood Reporter, this will be Pfeiffer’s first series regular role since the beginning of her career. With three award winning actresses playing three historic first ladies, the women are sure to do these important roles justice.

Twitter is blowing up over the impeccable casting and enticing plot lines.

From Martin Sheen on The West Wing to Harrison Ford in Air Force One, we’ve seen many actors playing POTUS. While we’ve recently gotten a few more shows featuring female leads (Dahvi Waller’s Miss America and Greena Davis’ Commander In Chief), representation is still slim. Now, we finally get a series showcasing the women of the white house.

Some TV critics have said it has the potential to become America’s version of The Crown, which makes sense given that The First Lady, much like the queen, has been a largely symbolic position – setting up fundraisers and doing press. Yet, some first ladies like Obama, Roosevelt, and Ford have done their part to shake this stereotype up and use their platform to affect real change. In 2014, Obama launched the Reach Higher Initiative to help more students in America graduate from four-year universities.

Gary Levine says it could be "The American version of THE CROWN." #TCA21

The trailer splices dramatic shots of the First Ladies – Pfeiffer poses regally in a light blue gown, Anderson breaks down sobbing next to her husband. Forever-FLOTUS Michelle Obama pushes back against being branded as a "Black Martha Stewart" in one clip.

Be sure to tune in come April 7 for this groundbreaking series that reframes American leadership and tells the story of politics and power from the women who have been so long relegated to stay behind the scenes. It’s their time to shine.