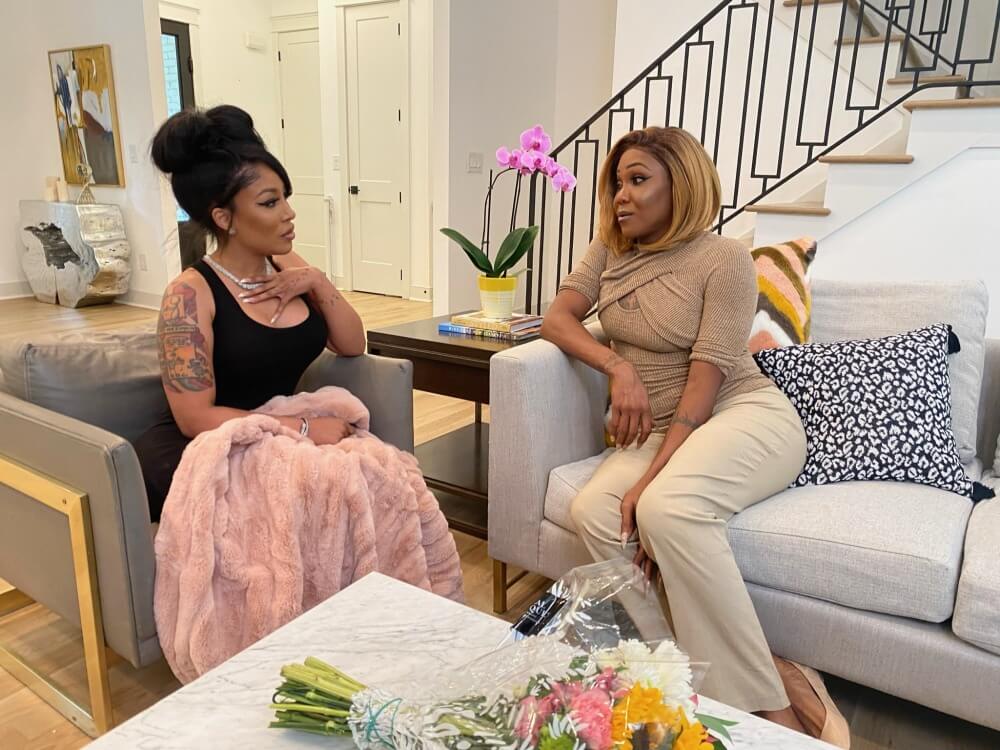 Linda Evangelista recently came clean about why she’s been in seclusion for the past five years: bad plastic surgery. The 56-year-old supermodel and actress came forward about a "fat-freezing" treatment she received that left her “brutally disfigured," the star told People.

She is far from alone. On February 3rd, Lifetime premiered its new show, My Killer Body with K. Michelle. The 8-episode series, described as taking a “deep dive into the darker side of achieving physical perfection, follows actress-singer turned reality TV star K. Michelle, as she meets with women and men across the country experiencing complications from botched plastic surgery.

The singer is one of the first celebrities to come forward with her plastic surgery troubles and has publicly chronicled her life-threatening experiences on social media since 2018.  Now, as the host of My Killer Body, K. Michelle meets with women from across the country to hear their stories and offer support on their journey to recovery. Each episode will feature two people who are grappling with their health after botched cosmetic procedures, and K. Michelle’s ongoing recovery story.

The R&B singer rose to fame after a two-season stint on VH1’s  Love and Hip Hop Atlanta,  produced by veteran media mogul Mona Scott Young. The franchise, known for its high drama and big names, has launched other superstars like Cardi B and Somaya Reece of  Slim Tea fame.  Six years prior to joining the Love and Hip Hop Atlanta cast in 2018, K. Michelle underwent silicone butt injections. The outcome was great, and the singer was a hit on social media. However, she began to experience migraines, tiredness, and leg cramps. Doctors thought it could be lupus but it turned out to be her injections. 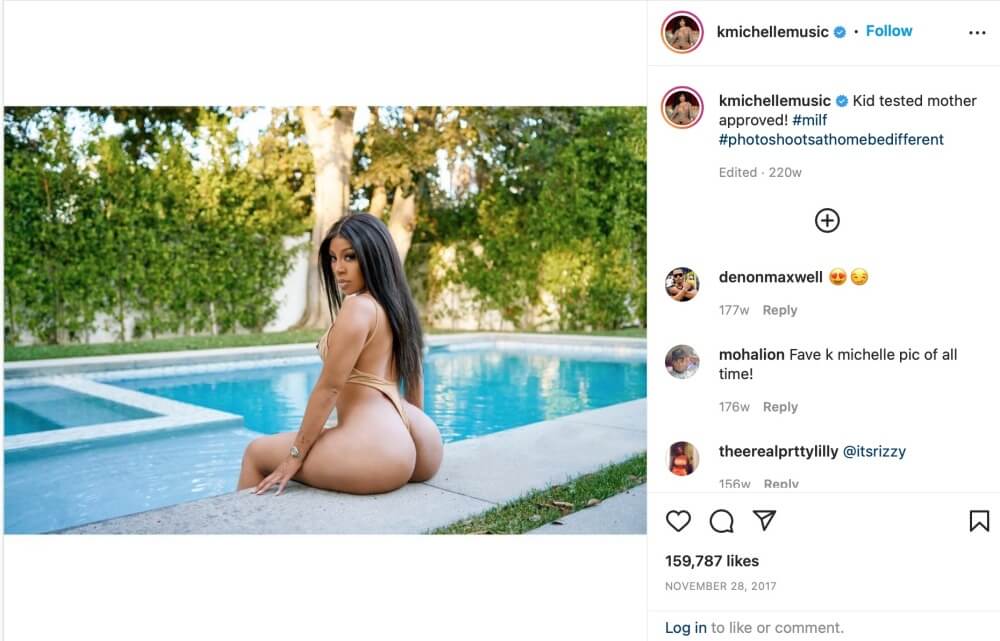 In the premiere episode of My Killer Body, aptly titled “Suffering in Silence,” we meet two women named Que and Sung. Both women are anxious to share their stories and get help. Que, a 42-year old nurse and single mother, secretly underwent silicone injections in her buttocks in an attempt to solidify the affections of her cheating former boyfriend. In her confessional she tearfully recalled the moment she decided to undergo the two rounds of silicone injections that would forever change her life.  “I used to say [to him] the way I see you look at these other girls out on the street, you don’t look at me like that.” A Harvard study on “Why Beauty Matters” revealed that when you look better, you’re paid better. This isn’t true for just models and actors, but on social media and in the traditional workforce. With so much riding on looks it’s no wonder women are willing to die for perfection. Similar to K. Michelle, Que began experiencing complications from her 2010 silicone injections several years later. “Before I got the injections, I was always going out having fun,” she said.  “Ever since I got the injections I don’t party as much. I don’t go out as much anymore. I’m in pain.”

What was intended to be a confidence booster, and possible revenge body, quickly turned into a nightmare. Now, she’s plagued by incessant itching on her butt, and intolerable pain in her legs. After learning about the story of Apryl Michelle Brown, Que recently made the decision to focus on her health and begin her recovery journey. Brown, a woman who almost died during her quest for a curvier posterior, lost her limbs.

“Ever since I got the injections I don’t party as much. I don’t go out as much anymore. I’m in pain.”

62% of women said they follow beauty influencers on social media. Viewers don’t always know what has gone into taking a great photo or image, and it’s often hard to separate fact from fiction. “[This is why] I talk to women and let them know that the girls you see are sick,” K. Michelle said in an interview with Atlanta Black Star.

Sung is a 29-year-old married mother of two. Prior to her tummy tuck gone wrong, she'd been described as “bubbly and quirky” by her husband. Sung reminisced on the simple things she enjoyed doing with her kids prior to having plastic surgery. Simple things like playing with them and going on vacation. Those simple activities were stolen from her after her surgery. Sung’s journey into cosmetic surgery initially stemmed from an insecurity with her stubborn baby weight. After scouring social media for a surgeon to assist her with a "mommy makeover," she quickly found a doctor and sent over some  “wish” pictures of her desired body. Just like that, she was booked and hopeful she’d get a return on her investment.

On the premiere episode, she shared her story with K. Michelle.“I ended up getting a mommy makeover to feel like myself again,” she said. "[But] I came out looking ten times worse than when I went in…my whole stomach fell apart.”

The Aesthetic Plastic Surgery Society reported that over 40,320 butt augmentations were performed in the United States in 2020 alone. Additionally, The Journal of American Society of Plastic Surgeons, listed the mortality rate for the increasingly popular Brazilian Butt Lift, as having a ratio of 1:15-20,000.  These statistics still do nothing to deter patients from risking their lives in efforts to achieve the coveted apple bottom shape that has come to define a beauty standard popularized by celebrities like Kim Kardashian, Cardi B, and Niki Minaj. Whether we like it or not, looks matter and social media plays a huge role in shaping our images of beauty.

In 2017, K. Michelle made an appearance on  The Real, where he revealed her reasons for wanting a Brazilian Butt Lift. “I’ve always been curvy. It wasn’t enough. I’m having trouble with men right now, maybe if I had a huge butt, I’ll get even bigger love.”

During the early 2000s, beauty trends were shifting away from the uber-skinny size 0 aesthetic made popular by stars like  Paris Hilton and Lindsay Lohan; into the more curvaceous look that is making Instagram models sought after by popular brands.

“I came out looking ten times worse than when I went it…my whole stomach fell apart.”

Black women may be shaking their heads at the sudden dogged desire for a quintessential Black Body aesthetic.  Considering the fact that women of color, Black women especially, have been historically stereotyped as oversexualized, fat, or even freakish (i.e. Sarah Baartman). Baartman, an African woman from the Eastern Cape of South Africa, possessed a sizable derriere that garnered alot of attention and not positively. Her steatopygic aesthetic became the fascination of a 19thcentury freakshow, in which she was objectified and prodded because of it. She was also the inspiration behind Kim Kardashian West’s infamous Paper Magazine shoot. The controversial shoot ,which critics called a major cultural appropriation, prominently displayed the reality star's heavily oiled and bare bottom across the internet. While this move may have garnered her a sizable paycheck, many Black women, continue to feel the brunt of marginalization in society when it comes them showcasing their attributes in the same way. Even still, some Black women still crave the curvy body type they feel they should have naturally. With butt augmentations ranging anywhere between $4,000 and $6,000, surgery seems to provide quick results. However, consumers must remain knowledgeable on the possible dangers of the procedure.

On My Killer Body with K. Michelle, the women not only have an advocate in a very empathetic and nurturing K. Michelle, but with Dr. Adam J. Rubenstein. Rubenstein is the featured plastic surgeon on the show and often takes the position of the caring reconstruction artist.The show draws you in with various cautionary tales, and K. Michelle is there every step of the way to offer encouragement, as well as some sympathetic tears. With one horror story laid out after another– these men and women will need it.

You can catch My Killer Body with K. Michelle on Lifetime on Thursdays at 9 pm ET.

Tags: My Killer Body With K. Michelle , K. Michelle , Plastic Surgery , Brazillian Butt Lift , Tummy Tuck , BBL
Support Feminist Media!
During these troubling political times, independent feminist media is more vital than ever. If our bold, uncensored reporting on women’s issues is important to you, please consider making a donation of $5, $25, $50, or whatever you can afford, to protect and sustain BUST.com.
Thanks so much—we can’t spell BUST without U.