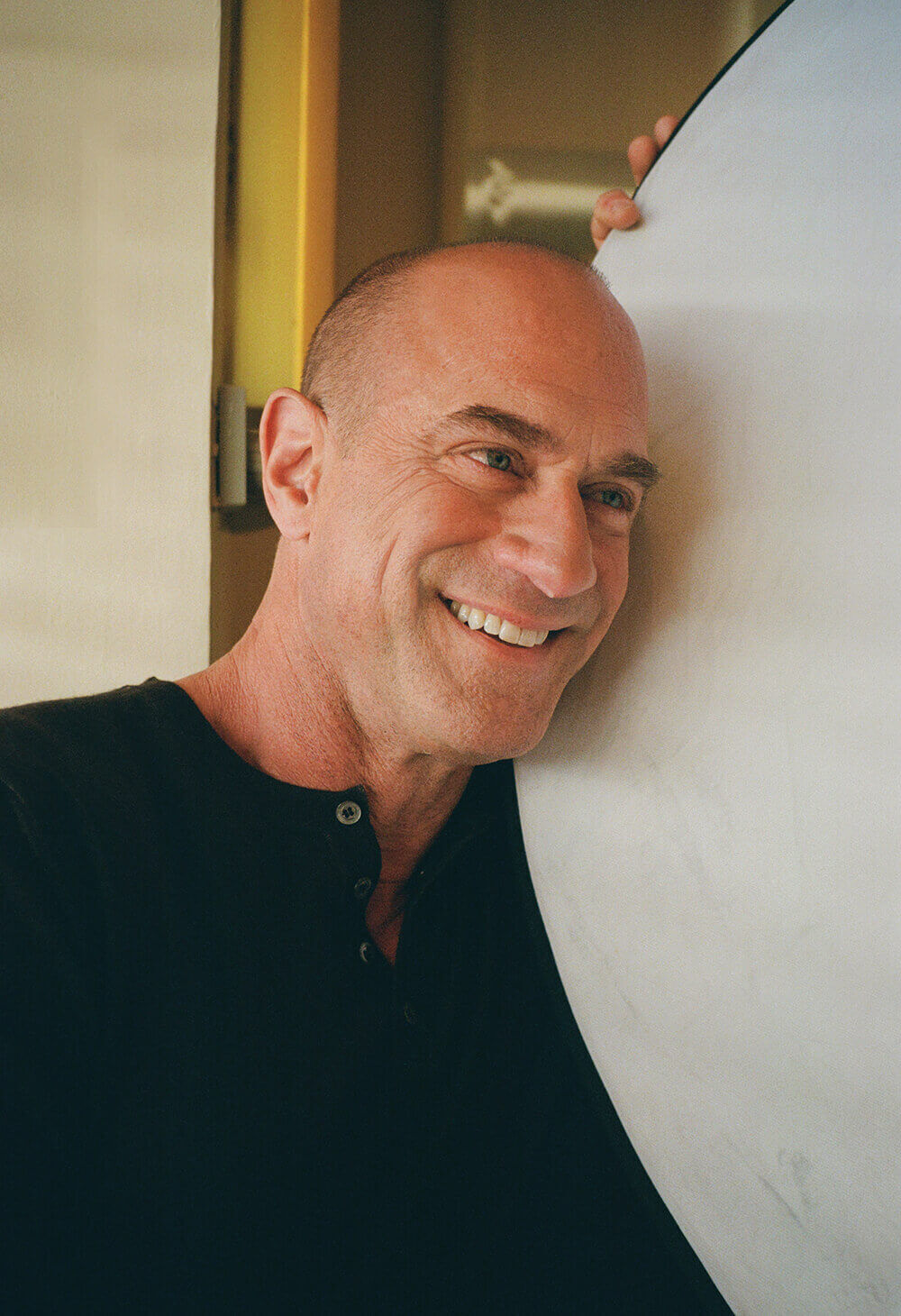 In the aftermath of America’s reckoning over police brutality, TV cops aren’t quite the uncomplicated heroes they used to be. There is one fictional officer, however, who remains unscathed: Elliot Stabler, the gruff-but-lovable NYPD detective originated by Christopher Meloni on NBC’s Law & Order: Special Victims Unit.

Meloni, 60, famously left SVU in 2011 after 12 seasons. But in 2021, he dusted off his badge and revived the role for Law & Order: Organized Crime, a spinoff now in its second season centered around Stabler and his quest to find his wife’s murderer. “They put a lot of effort, focus, time, energy, and money into making my [re]introduction right,” the Washington, D.C.-born actor says of his return to the Law & Order world. “On top of that, they opened it up with me being back home on SVU, which meant I got to play again in the sandbox with Mariska and Ice-T and some of the new guys over there. I had a lot of scenes with Mariska and that made it pleasant.”

He is of course referring to co-star Mariska Hargitay, who plays Olivia Benson, Stabler’s partner in crime solving for over a decade. Though the sexual tension between the pair has always been off-the-charts, they’ve never shared so much as a kiss on screen—a fact that self-proclaimed “Bensler” shippers would love to see rectified.

The real-life Hargitay and Meloni are both happily married to other people, but they still love to tease fans with flirtatious social-media posts. After all these years, though, Meloni isn’t sure he wants their characters’ platonic love to become romantic. (And he definitely won’t say if it ever does.) “I’m all over the map on that one,” he muses on the consummation question. “Whatever happens, I just want it to be organic and earned, if that makes sense. That’s deep actor-speak I just gave you, but it’s the only way to express my feelings about it.”

For those who’ve only seen Meloni play Stabler (or in his other iconic role as Chris Keller on HBO’s Oz), it might come as a surprise that he’s also done plenty of comedic work. He played shell-shocked camp chef Gene in Wet Hot American Summer (2001) and Julia Roberts’ Annapurna-obsessed fiancé in Runaway Bride (1999), among other goofy roles, and he loves it when people on the street recognize him for those parts. “It always warms my heart,” he says sincerely. “They get extra credit.”

Over the past year or so, he’s also become famous for something else: his shapely, extremely perky rear end. The Internet promptly anointed him a “zaddy,” (a word he’d never heard till it was being used to describe him) when a photo of Meloni from behind went viral back in April, causing a national thirst frenzy. A lesser man might have been baffled, or even annoyed, but Meloni is proud to bear the title. He works hard for that body, and career-wise, he knows it means he’s come a long way from the $40 a night he used to make as a bouncer at N.Y.C. club Kenny’s Castaways. “I’m humbled and honored and full of grace,” he says, at being anointed the king of cake.

He’s also not afraid to call himself a feminist, citing Sally Yates and the late Ruth Bader Ginsburg as particular heroes. “Everyone should be afforded the opportunity to achieve whatever it is within themselves to achieve,” he declares, then adds a dash of that signature Meloni charm to lighten the mood. “What if I’d been really dodgy with that equality question?” he asks, laughing. “Wouldn’t that have been uncomfortable?” –Eliza C. Thompson

Tags: christopher meloni , law and order svu , detective stabler , mariska Hargitay , law and order , zaddy , elliot stabler
Support Feminist Media!
During these troubling political times, independent feminist media is more vital than ever. If our bold, uncensored reporting on women’s issues is important to you, please consider making a donation of $5, $25, $50, or whatever you can afford, to protect and sustain BUST.com.
Thanks so much—we can’t spell BUST without U.