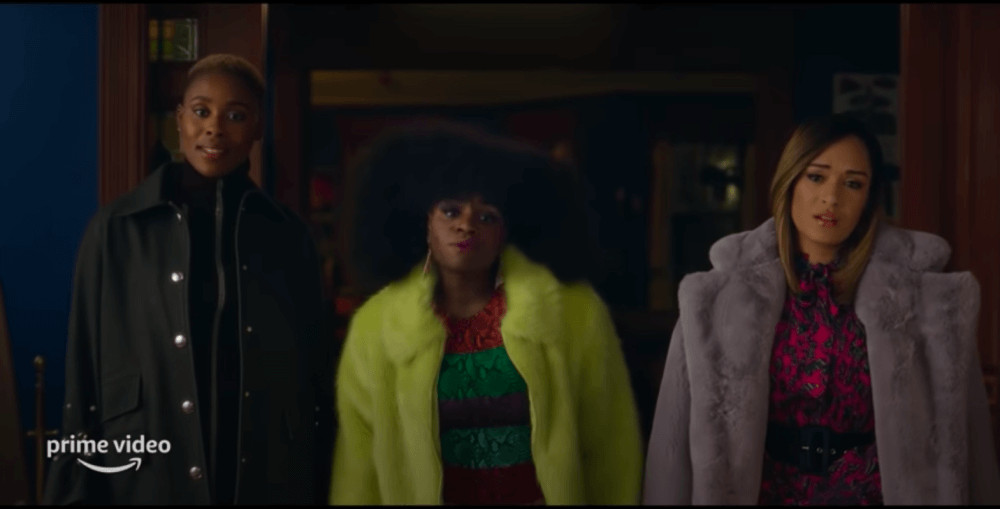 I have to say, when I first got the word of Harlem, a new ten-episode Prime Video series about a group of four Black gal-pals in Harlem, starring Megan Good I wasn’t exactly blown away by the premise. I lived in New York, on and off for about three years from 2009-2013. Since then, the city has gentrified rapidly. In Harlem alone, the number of Black residents in the neighborhood once known as an epicenter of Black-American culture, has seen a steadily declining population of Black residents over the years. The 2020 US census reports a decrease of upwards of 10,000 Black people in the neighborhood, with a simultaneous increase of over white 18,000 residents that same year.

As a Black-American woman who has spent much of her adult life outside of the states, the idea of yet another show about women in the big city, trying to have it all, and figure it out, felt a bit…done before. Series creator Tracy Oliver, another former New Yorker who seems to practically specialize in writing fun and relatable Black women characters, call the series a love letter to Black women and Harlem, and citing her time spent in Harlem as her most magical memories. “[Harlem] has been such an impactful, and influential neighborhood for Black people that I wanted to like, do something that showed it some love. And at the time, there was nothing set there…and I was like, ‘why are we ignoring Harlem?’”

Despite my preconceived notions on the series and what Harlem the neighborhood has become, I decided to give it a-go—#fortheculture. Besides, the last season of Insecure is upon us.

After having spent four years living in China, my ears perked up upon hearing Camille’s (Megan Good) opening monologue/ lecture on the Mosuo tribe, a small ethnic group in Yunnan China that operate on a matrilineal society. (i.e. the women run shit, including their romantic relationships.) An adjunct at Columbia University, Camille’s lectures set the tone for each episode. 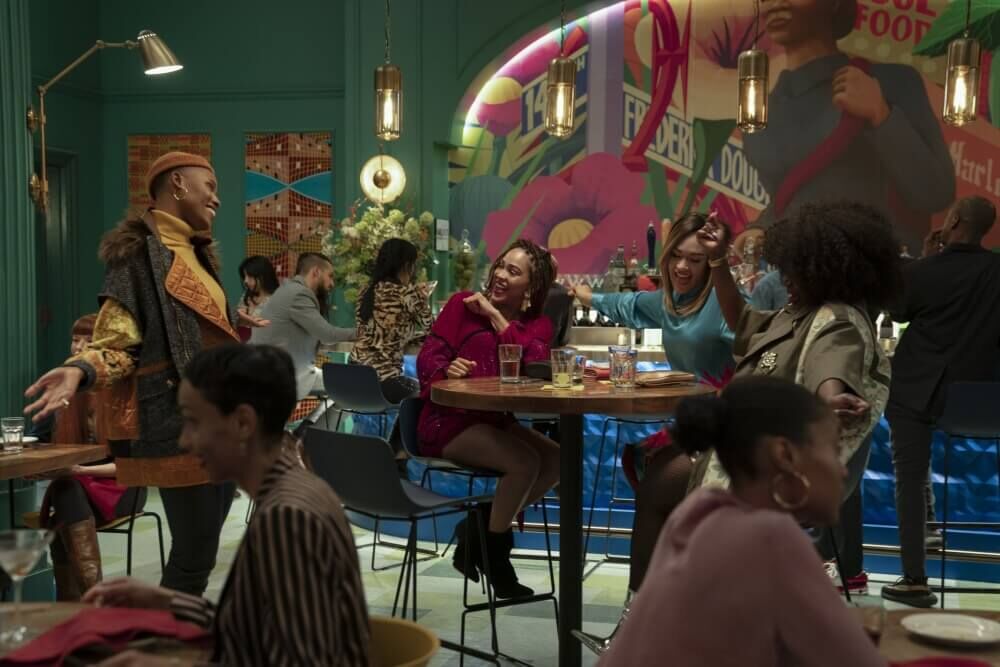 Camille admires the independent and take-charge attitude of the Mosuo women, yet still wants the comfort of a man, nonetheless. Both brilliant and beautiful, she somehow has a case of the “coochie cobwebs” since ending her last relationship with her ex, Ian (Tyler Lepley)—four years ago. 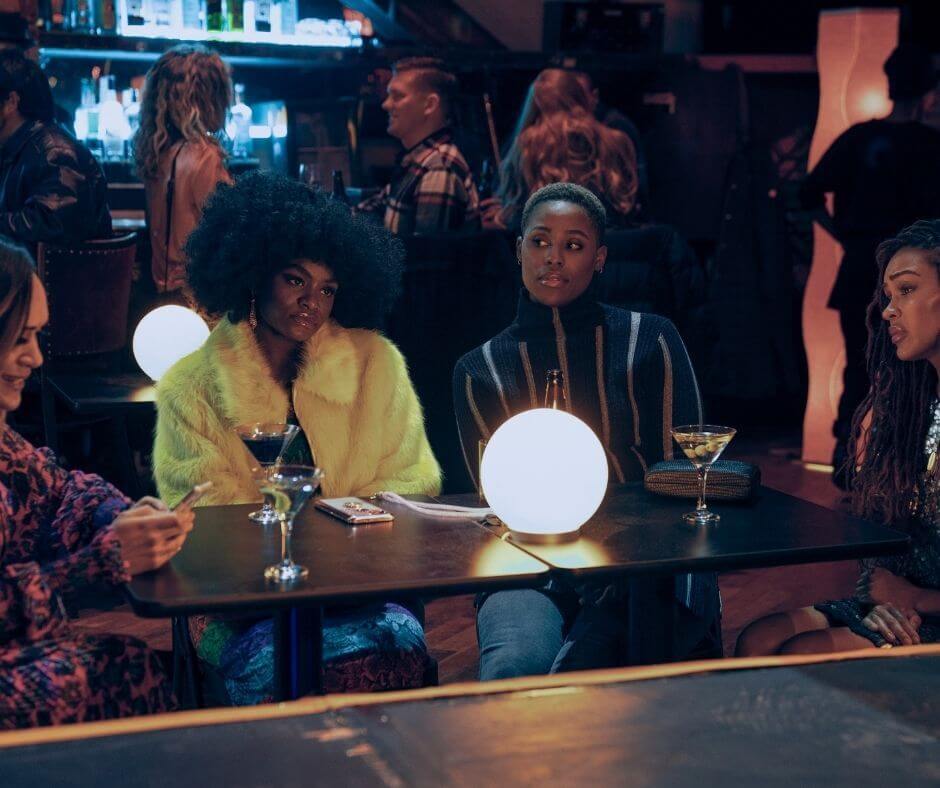 All the ladies are unsure of self in some way: Quinn is thirsty for a man and eager to stop relying on her rich parents. Camille is hung up on her ex, and not where she wants to be in her academic career. Additionally, she is thrown a curveball when a new head of the department, Dr. Elise Pruitt (Whoopi Goldberg) is less than impressed with her lack of real-world hard-in-the-paint activism. A few years ago, Angie had a record deal that went nowhere, and refuses to get a job today, in the name of “art,” making her Quinn’s unofficial living-roomie. Their dynamic is giving Joan and Lynn from Girlfriends, but this time one is dark skin. Probably unsurprisingly, Tye, the friend group’s resident lesbian, seems to have it mostly together, but even her self-confidence is tested when she gets romantically involved with a white lesbian. After all, how can she proclaim to #loveusforreal, but not have a love life that reflects that?

Many of the plots and themes of the series might feel well-trodden, and that’s because they are. Which one of us hasn’t felt unlucky in love or as if they aren’t on the right career path? There’s a reason we keep coming back to these topics again and again, and that’s because they are relatable. There’s a heavy dose of 90's nostalgia all up and through this series from the themes and plot to the cast. Jasmine Guy and her Barbadian accent appear as Quinn’s judgmental mother, and Megan Good’s old Cousin Skeeter co-star Robert Ri’chard, blesses us with some shirt-less scenes.

While it’s true Harlem is not breaking new ground, it’s a fun and funny light-hearted show for, by, and about ambitious Black women in the big apple. Harlem is a show that is giving Black women what we’ve always wanted: series that show us in all of our sometimes chaotic, sometimes hum-drum glory. Harlem is also giving the world something else as well: another viewpoint of modern African American women told through the Black-American woman’s eyes.

Niesha is a writer, diversity editor, and traveler. Her bylines include Glamour, Mic.com, Business Insider, Women's Health, The Huffington Post, and many other publications. She is the digital editor for Bust. Keep up with her at brownandabroad.com
Tags: harlem , prime video , tracy oliver , megan good , black sitcoms , black rom-com , girls trip
Support Feminist Media!
During these troubling political times, independent feminist media is more vital than ever. If our bold, uncensored reporting on women’s issues is important to you, please consider making a donation of $5, $25, $50, or whatever you can afford, to protect and sustain BUST.com.
Thanks so much—we can’t spell BUST without U.