Quinta Brunson Takes The Lead in ABC's "Abbott Elementary," A Mockumentary Comedy About An Inner-City School in Philadelphia 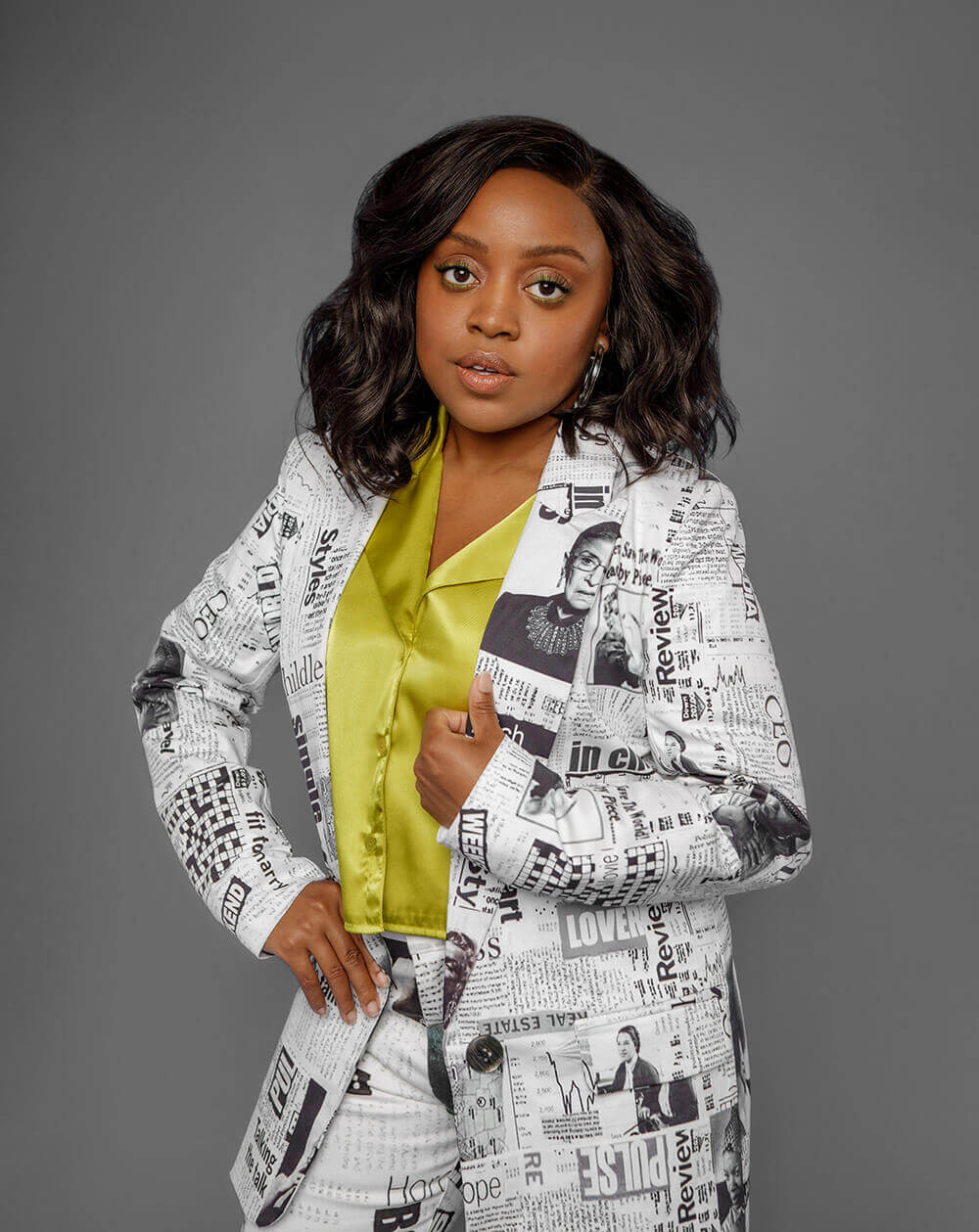 Like many Black girls who grew up in the 1990s, Quinta Brunson’s first introduction to sketch comedy was via the groundbreaking TV series, In Living Color. “When I was younger, In Living Color was very big in my household,” she says. “I think before I knew I was in love with that format and style of comedy, it was just a huge inspiration for how I saw comedy and how I saw it moving forward and being a big part of what I enjoy.”

A social media success story, the 31-year-old Philadelphia native first started gaining attention in 2014, with a series of comedic skits on Instagram entitled, “The Girl Who’s Never Been on a Nice Date.” In them, Brunson’s character is a 20-something who can’t help but marvel at her date’s perceived financial stability, evidenced by his purchase of things like bottled water and movie theater snacks. “He got money,” the tag line she whispers at some point in each of the short-form videos, helped the hilariously relatable character go viral on Instagram, before going viral was really a thing. 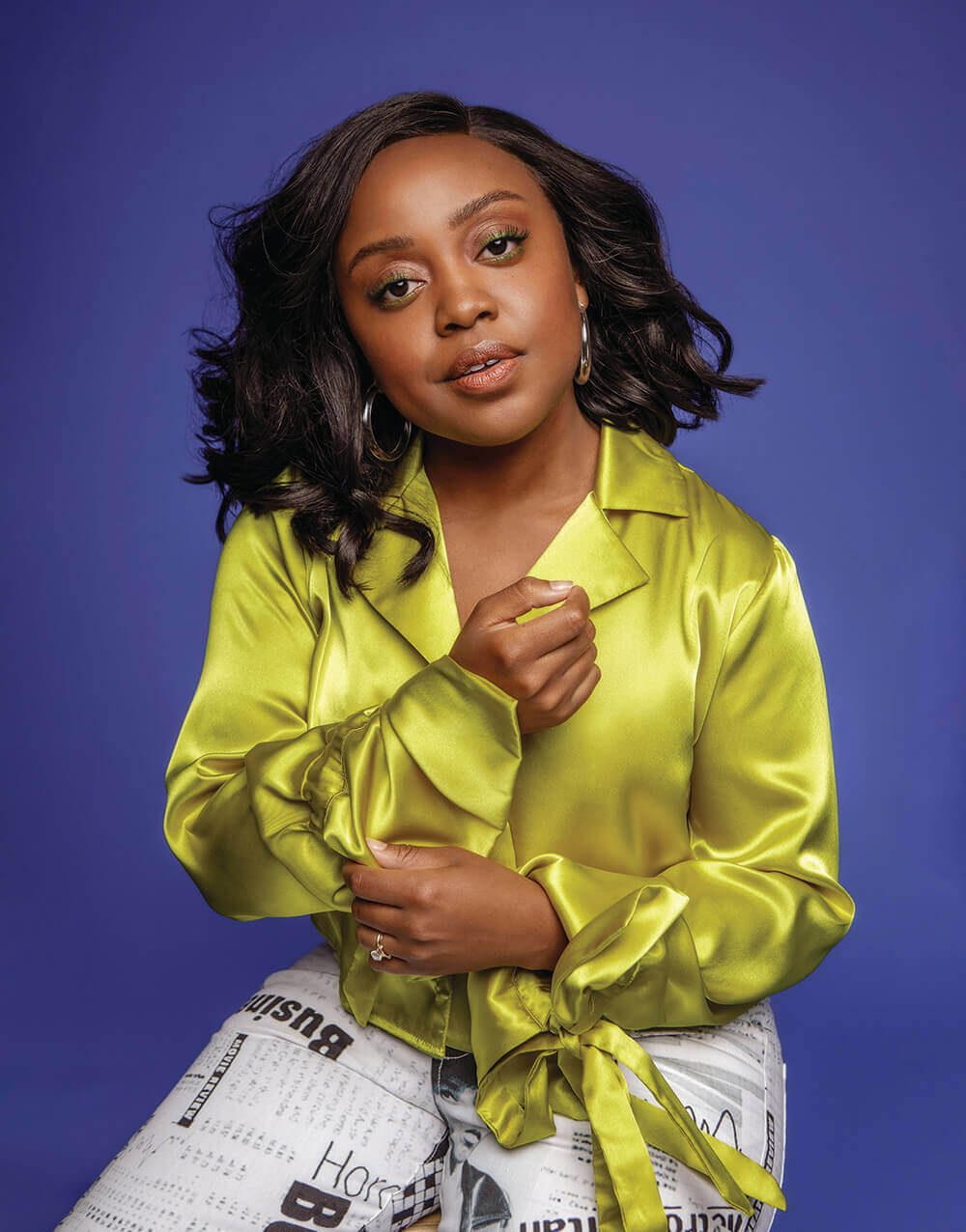 After parlaying her early online success into a video producer job at Buzzfeed, Brunson left the Internet-media company in 2018 to focus on more acting, writing, and producing away from the social-media landscape.

Then in 2019, she made history as a founding cast member on HBO’s A Black Lady Sketch Show, the first American sketch comedy series directed, produced, and starring Black women. Despite going to all-Black schools as a child, she says it was still not lost on her how rare it was to be working alongside all these other Black women in Hollywood. “Once we were on the set and it was happening, I was like, whoa! I probably never would have gotten to work with Ashley [Nicole Black] or Gabrielle [Dennis] at any other point, because we would have been going out for the same roles.”

The daughter of a schoolteacher, Brunson says the idea for her new ABC series, Abbott Elementary, was three years in the making. It was around the time of her mother’s retirement from the profession that she started to reflect on her mother’s career and on being the child of an educator.

“I thought about how much of my mom’s life was dedicated to that work,” she says, “and all of the amazing teachers I had who cared a lot. It felt like a rich story to tell.”

The show centers on Janine, played by Brunson, a new, optimistic teacher at an underfunded Philadelphia public school. Shot mockumentary style, in the vein of Parks and Recreation and The Office, the half-hour comedy follows teachers trying to make a difference despite systemic obstacles. Slated for a December premiere, the show’s supporting cast includes Broadway and film vet Sheryl Lee Ralph (Dreamgirls, Moesha) and Tyler James Williams (Everybody Hates Chris).

Though executive producing and starring in her own series is a big deal, Brunson, the youngest of five, is not one to rest on her laurels. In fact, she also just released a collection of essays, She Memes Well, this past summer. But now that the holidays are here, she says she’s actually looking forward to some down time in front of the tube. “My favorite thing to do is to watch Lifetime and Hallmark Christmas movies,” she says of her guilty pleasure. “I keep the TV on and do not change the channel from those. A lot of them are horrible…but I love them all.” –niesha davis