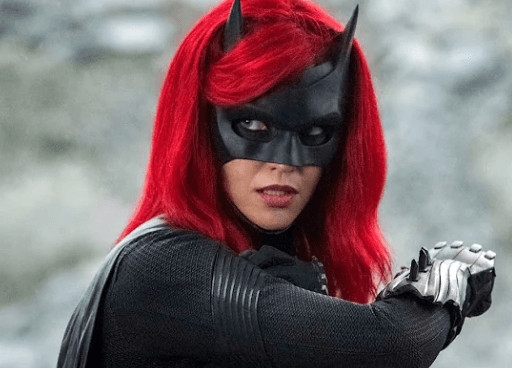 Ruby Rose, Australian model, television presenter, and actor, has come forward with allegations of abusive and dangerous working conditions during their time on The CW’s Batwoman. Rose, who goes by she/they, originally played Kate Kane for the duration of the pilot season; however, she departed from the show after the Season One finale in May 2020. Shortly after, Ruby Rose was replaced by actress Javicia Leslie, who would go on to transform the role of Ryan Wilder as the first bisexual Batwoman. Leslie has appeared as a series regular on shows like God Friended Me, Carl Weber’s The Family Business, and The Flash. In a slew of Instagram stories, Rose shared their experience and reasoning behind such an early exit from the show:

“They ruined Kate Kane and they destroyed Batwoman, not me. I followed orders, and if I wanted to stay I was going to have to sign my rights away. Any threats, any bullying tactics, or blackmail will not make me stand down.”

Ruby Rose has came out with various statements exposing the terrible working conditions behind-the-scenes on The CW’s #Batwoman series. pic.twitter.com/CiiQe6EqZB

In September 2019, Ruby Rose revealed that they had sustained an emergency spinal injury during an on-set stunt gone wrong. After this incident, the former Orange Is the New Black star announced that she would be reducing her future stunt work with concerns surrounding producer negligence. Flash forward to March 2020 when Batwoman production assistant Amanda Smith was left paralyzed after a severe spinal injury on set, Rose stressed how set safety was further compromised amidst the Covid-19 pandemic. A crew member got third-degree burns all over his body, two stuntmen died, and Rose was cut so close to her eye that she nearly went blind.

The former Australian Next Top Model host also expressed that Batwoman co-star Dougray Scott was verbally and physically abusive to women on set, allegedly “hurting a female stunt double,” and “yelling like a little bitch at women.” Scott, who played Colonel Jacob Kane, exited the series after Season two.

After departing from the show, Rose initially said that the coronavirus pandemic had been a significant factor in her leaving. Only recently had her experience with harassment and abuse been publicized. Since her recent social media tell-all, Warner Brothers has publicly defended Scott and condemned  comments as “revisionist history.” While Ruby Rose has expressed their departure from the show to be entirely voluntary, Warner Bros. has come forward stating that they decided not to renew her contract on the basis of poor work ethic and behavior. Batwoman Production Assistant Alexander J. Baxter went as far as to call her a “dictator,” revealing Rose to be a nightmare for the other cast and crew.

As Batwoman Season Three premiered on October 13th, the back and forth debate on the Ruby Rose fiasco has made many of us question the safety protocols of Hollywood film and television sets. Just last week, actor Alec Baldwin fatally shot cinematographer Halyna Hutchins on the set of his latest project, Rust. Other productions are taking this as a warning for their own safety measures, with producers of televison showThe Rookie enacting stricter precautions with their props, eliminating all live weapons from set. Going beyond Hollywood, on Saturday California State Senator Dave Cortese introduced future legislation to ban “live” guns on movie sets. Ruby Rose’s concerns while on the set of Batwoman seem to be a constant threat many cast and crew experience in their careers. Will any of these incidents hold weight in changing the future of the Hollywood system? Only time will tell.