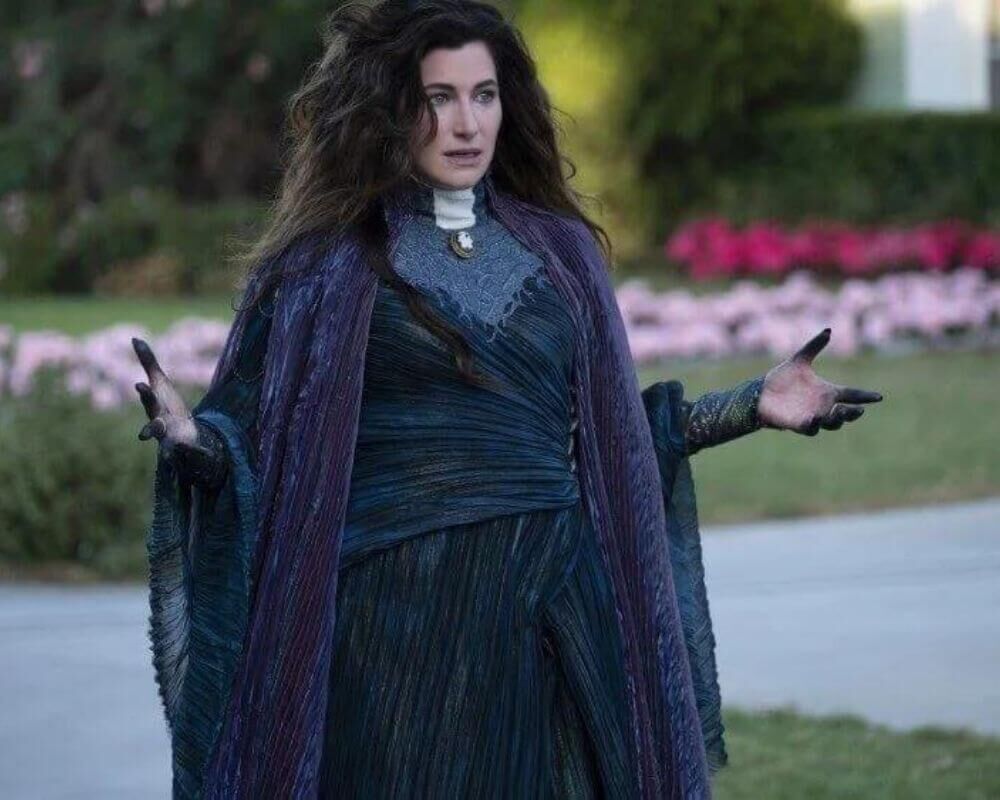 After the success of the Emmy-winning series WandaVision, Marvel Studios is developing a spinoff for Disney+. According to Deadline, the spinoff will center on the character Agatha Harkness (Kathryn Hahn), and will be available on streaming and in movies “under a larger deal she has made with the studio.” The spinoff is set to be a dark comedy.

WandaVision, created by Jac Shaeffer for Disney+, is a gender-bending series that begins weeks after the events of Avengers: Endgame. The show follows protagonist Wanda Maximoff (Elizabeth Olsen) and Agatha Harkness, a Salem witch, who is Wanda’s neighbor-turned antagonist. Monica Rambeau (Teyonah Parris) and Darcy Lewis (Kat Dennings) are supporting characters in the show. The show is set in suburban Westview, NJ. Taking us on their emotional journeys, Wanda and Agatha lose loved ones, and throughout the series we watch them gain more strength and eventually learn to carry on without those they’ve lost. Meanwhile, Monica and Darcy kick ass when they rebel against their male boss for refusing to listen to them, by figuring out how to enter the hex. As the series progresses we see the strength of each woman as they conquer every challenge they face, proving that anyone can overcome life’s hurdles. As a show about powerful women, we couldn’t be more excited to see what the spinoff has to offer.

Agatha Harkness is a fan-favorite breakout character and playing the role earned Hahn her second Emmy nomination. Shaeffer will be returning as writer and EP for the spinoff. “If the show moves forward at the streamer, it would be the first project Schaeffer has in development since the writer signed her overall deal with Marvel Studios and 20th Century Television back in May,” writes Collider.

Marvel Studios haven’t confirmed the news of the spinoff thus far, but there’s no denying how much we hope that the show pulls through.