Momona Tamada of "The Baby-Sitter's Club" Talks Season 2, Claudia's Fashion, and What She Was Really Like as a Babysitter 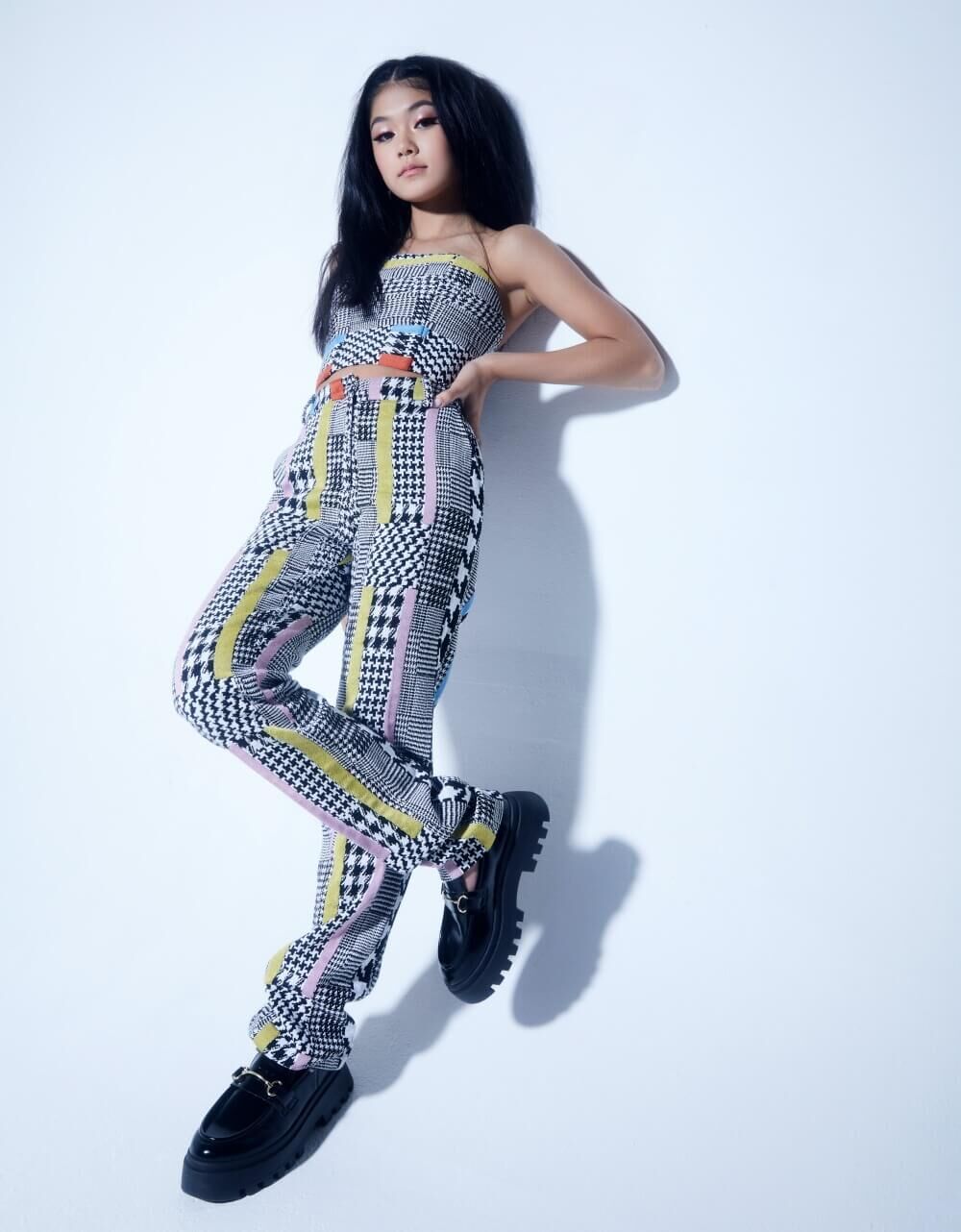 Momona Tamada is a Canadian actor and dancer, whose first self-tape audition snagged her the role of Young Lara Jean in To All the Boys I Loved Before: PS I Still Love You, the sequel to Netflix’s smash hit. When Netflix rebooted The Baby-Sitter’s Club, from the popular book series by Ann M. Martin, Tamada landed the role of Claudia Kishi, the Vice President of the Club and its resident fashion icon.

The first season of The Baby-Sitter’s Club is seamlessly modernized, funny, and like the progressive book series doesn't shy away from including topical storylines involving trans children and wealth inequality. Season two joins the girls as summer’s ending, and we see the effects of some pretty big changes that were set in motion at the end of season one. The girls are a little more grown up, the struggles get a bit more real, and Claudia gets a major arc this season.

BUST sat down with Momona Tamada,15, to talk personal growth, and her hopes for Claudia's future.

BUST: Were you a fan of the books or did you hear about it through the show?

MOMONA TAMADA: I grew up reading them and then after I booked the role we ordered a bunch of books and I started re-reading them and taking notes on who Claudia was as a character and really understanding how she would go about her life.

B: Which character did you most identify with when you were reading the books? Has that changed since playing Claudia?

MT: When I was younger I was very shy and very kind of closed up, a lot more similar to a season one Mary Anne I would say. As I got older I think I transitioned into more of a Claudia/Stacy/Dawn type person. I would say now I'm similar to Stacy, but also Claudia. Those are the two I kind of switch between, because I share a lot of the same interests and personality traits as both of them.

B: Do you feel like acting has brought you out of your shell?

MT: Oh 100%. Dance also did bring me out of my shell, but that was only when I was on stage, I was able to be a different person. Being on set and interacting with other people has helped me become more of an outgoing person and lose a little bit of that shy person I was, for sure.

Is fashion big for you? Is that your favorite form of self-expression?

MT: I always liked fashion but I never got super into it until BSC. Until I saw all the amazing outfits I got to wear, it really opened my mind a lot more to fashion. Now I definitely find a lot of joy in making outfits and shopping, but I'm not sure I'd say it's my favorite form of self-expression. I am a dancer, I've been a dancer all my life, so I've learned how to express myself that way, and also through acting.

B: Who are your biggest fashion influences?

MT: Oh man. I would say Claudia is definitely one of my style icons for sure. Growing up I definitely looked up to the people around me. My mom, and my dad. He grew up in Tokyo so he definitely has this whole different perspective on fashion, and that's something that we talk about a lot. And I didn't know he liked it until I booked this role. 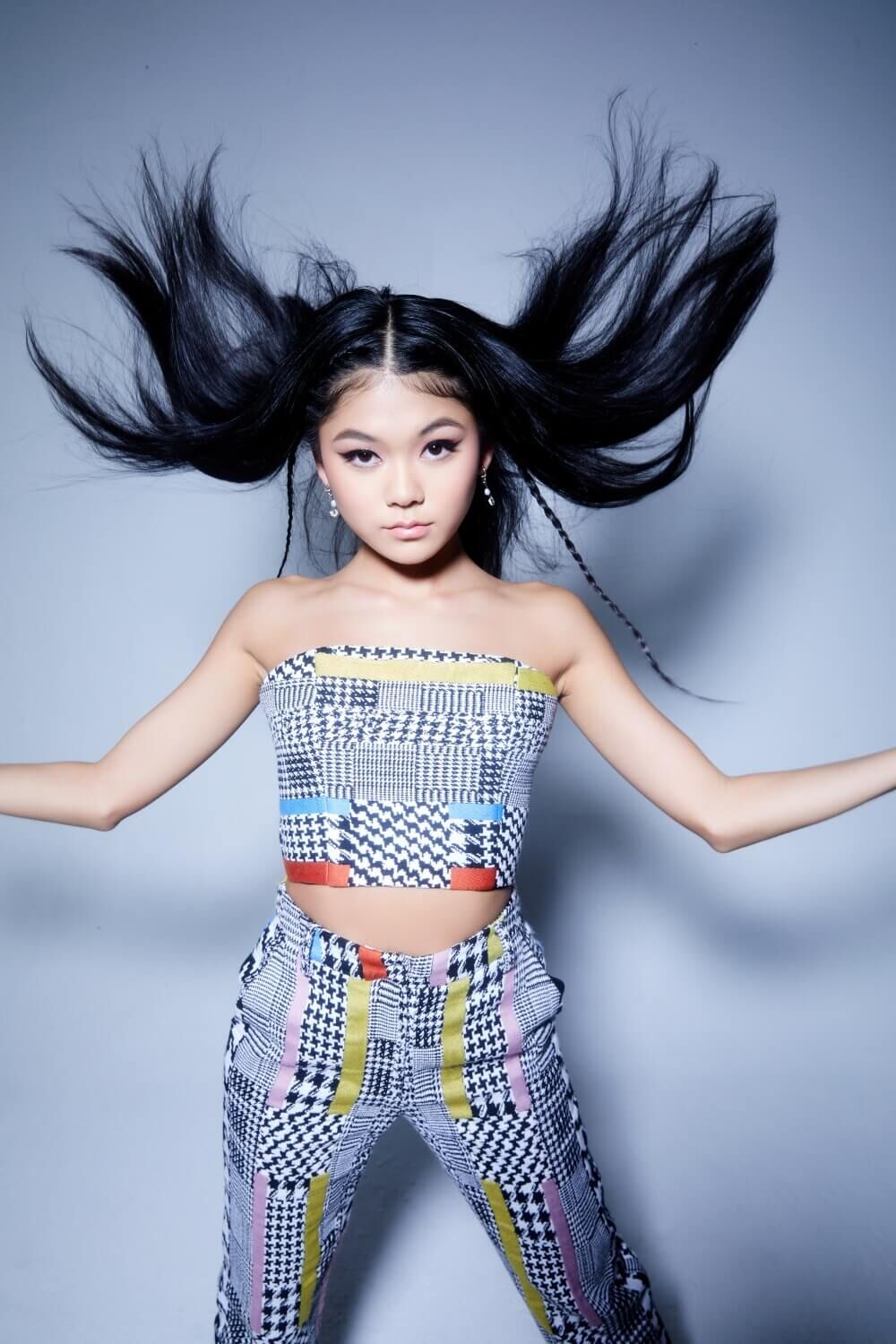 B: Did you get into acting through dance?

MT: I actually initially auditioned into an agency to perform as a background dancer in TV and film. Then one day my agent was like, "Do you wanna just try acting? I'm gonna just send you to an acting audition." I wasn't expecting to like it as much as I do. I always really did not like musical theater, and I was just so shy that I could never ever do it. Now ending up in acting I'm like, that's kinda funny how it all worked out.

B: On BSC, what are your favorite scenes to film?

MT: All the girls in Claudia's room. I really feel like we're able to be ourselves and working with all the girls is just so much fun. But then also I would say, you know some of the more challenging scenes I had this season, I got to work with Malia on one of them, and that was definitely very difficult. It was something that I hadn't really done before on camera, but that was really fun.

B: Have you ever been a babysitter?

MT: Oh yes, I have. Growing up, there were these two kids that my mom always watched, we lived really close to a school and we would babysit them all the time. But once I got old enough to babysit for others by myself, I actually got to babysit them once again. Babysitting is just something I really love, and I'm so glad I get to babysit in a show!

B: What's your babysitting style?

MT: I'm not very strict, I think I'm very fun. Kind of Claudia-like when it comes to babysitting. But obviously I'll be as strict as I need to, if there's anything dangerous happening, like any good babysitter does, you know?

B: I know you like to bake, did you try any of the quarantine fad foods?

MT: I made that cloud bread. It wasn't very good, it kind of just tasted like eggs. It wasn't amazing.

B: Did you make Tik Tok pasta?

MT: I did. It was so good. I made it with my mom and we have it all the time now. It's so easy and so yummy.

B: When you think about later seasons, where do you see Claudia going?

Season two of The Baby-sitter’s Club comes out October 11 on Netflix.

Tags: Momona Tamada , baby-sitter's club , babysitters club , YA shows , Netflix's The Baby sitters's club.
Support Feminist Media!
During these troubling political times, independent feminist media is more vital than ever. If our bold, uncensored reporting on women’s issues is important to you, please consider making a donation of $5, $25, $50, or whatever you can afford, to protect and sustain BUST.com.
Thanks so much—we can’t spell BUST without U.