New Trailer Alert: Issa Gets Her Sh*t Together in Fifth and Final Season of HBO's Insecure 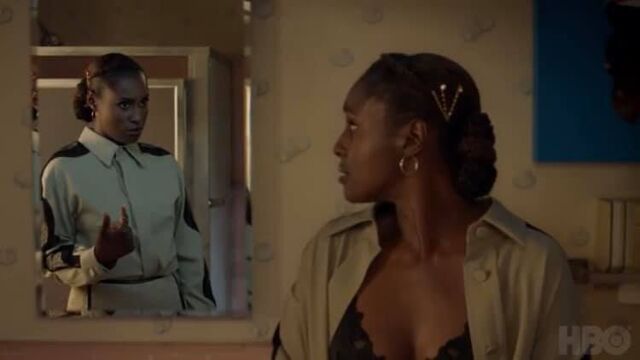 After much teasing, the release date for the final season of Issa Rae’s comedy Insecure has been revealed in a new trailer. Based off of Issa Rae’s critically acclaimed web-series, Awkward Black Girl, viewers have followed the fictional Issa Dee, a late 20's Black woman coming-of-age in Los Angeles.

In the trailer, Issa has one of her trademark mirror chats with her internal self via her reflection, "Wow, Issa, you were so simple then," she says, reminding herself just how far she's come.

Five seasons later Issa has gotten her shit together and is claiming a happy and drama-free life as she enters her next chapter. Season four ended in a cliffhanger. Just as it seemed Issa and  Lawrence (Jay Ellis) found themselves back to one another, his ex pops up pregnant. And to make matters worst, her and bestie Molly are on the outs again, this time for good? Issa’s main crew is back to finish the series out strong: Molly (Yvonne Orji,) Jay Ellis' Laurence, Kelli (Natasha Rothwell), Tiffany (Amanda Seales), and Sequoia (Courtney Taylor).

Since premiering in 2016, Insecure has racked a bevy of awards including: three NAACP awards and six primetime Emmy nominations.

So willl Issa and Molly make up and ditch their man drama? Find out on October 24th on HBO.