We've Got a Long Way to Go: The Gossip Girl Reboot Promised Diversity, but Served Up More of the Same Old, Same Old Instead 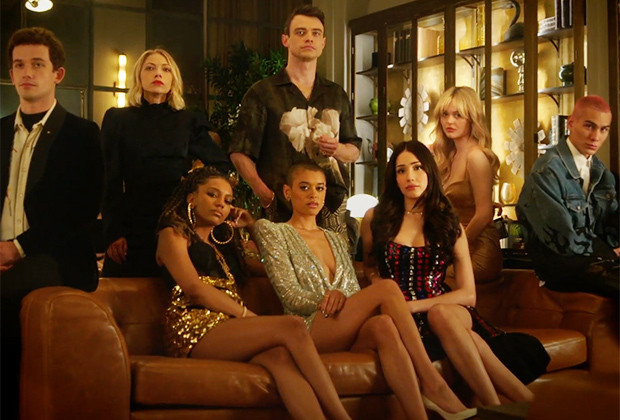 The original Gossip Girl filled the early 2000s teens and young adults with yearnings for sprawling skylines, the temptations of big city living, and the privileges of old money. The Gossip Girl reboot once again launches us into a world of high school drama, betrayal, forbidden love affairs, and an insider look at the lives of Upper East Side elite but with a 2021 glow up. Rather than centering around frenemies Blair Waldorf and Serena Vanderwoodson, this reboot throws the spotlight on high school junior and affluent social media influencer, Julien Calloway (Jordan Alexander), and her half-sister, high school freshman and activist in the making, Zoya Lott (Whitney Peak).

The Gossip Girl Reboot boasts a pretty diverse cast with the characters hailing from all different racial backgrounds, sexual orientations, and gender identities. In the main cast alone, there is pansexual play boy, a "bitchy" lesbian, a queer/questioning boy with a pink buzzcut, and a transwoman with killer style. This is really exciting, especially when you consider the all white main cast of its 2007 predecessor. Backlash for this choice in casting was definitely heard and there has been an obvious and mostly successful effort at fixing past mistakes with the reboot.  It was this diversity that drew me to watch the reboot in the first palace. That being said, as entertaining as the show is, it misses the mark in some major ways.

Other diversity points aside, the reboot really missed an opportunity to cast either a brown skinned or dark skinned actress in a leading role. The show explicitly makes Zoya fully Black while Julien is mixed white and Black. The pair share a Black mother but Julien’s father is white and Zoya’s is Black. Zoya is canonically fully Black and yet is played by someone of mixed race (Whitney Peak is Ugandan and white Canadian). Historically, due to colorist beauty standards,  in TV and movies mixed race Black women have been chosen over Black women to act as fully Black characters. Mixed race actresses Zendaya, Yara Shahidi, and Amadla Steinberg are common casting choices for characters made to be young Black women. They are often cast alongside fully Black families and usually every other member of their family ranges from brown skin to dark skin. This reinforces the colorist idea that, in order to be considered beautiful (and worthy of the lead role) Black women need to have European features i.e. a looser curl pattern, lighter skin, and a slim nose. Julien is also played by a mixed race actress but that makes sense because her character is canonical biracial.

There is no reason why a Black actress who reflects fully Black beauty with dark skin and African features couldn’t have been cast as Zoya. By making casting choices that play into colorism, the Gossip Girl reboot is continuing and upholding a legacy of Black women’s beauty being limited to features deemed “white” enough. Upon further investigation, I also found that Monet (Savannah Lee Smith), a friend of Julien’s who also acts as her publicist, is played by a mixed race actress. Monet’s parents have yet to be revealed and her character may also be intended to be mixed, which is fine. However, the fact that there are three Black women in the main cast of eight, and all are played by mixed race women makes me question whether the diversity on this show is legitimate or surface level and performative. 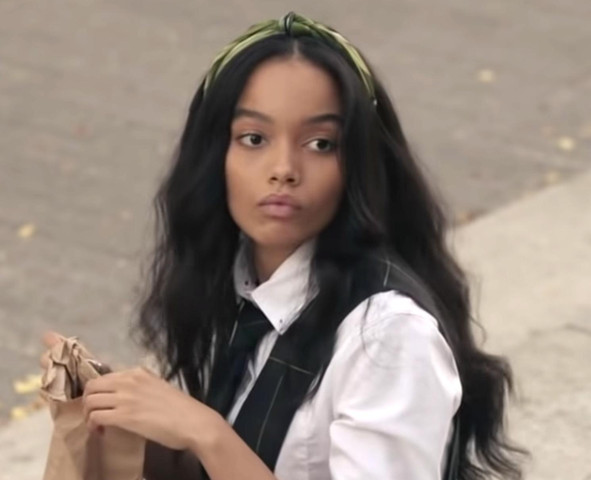 The show is hyperaware, as many in 2021 are, of cancel culture and trying to flex it’s woke muscles so it isn’t ridiculed as so many past shows of the early 2000s were for being problematic. This fear is how we ended up with lines like “private school teachers get paid substantially less than public school ones. It’s criminal how little they make. Less than customer service representatives, executive assistants, retail salespeople,” which reads like something out of an afterschool special. Being associated with the legacy of the OG Gossip Girl comes both with name recognition and a shady history.

The show attempts to counteract past complaints by pumping up the diversity and inclusion this generation is known for. Unfortunately, the dialogue makes the characters sometimes seem like three millenials stacked on top of each other in a trench coat. It’s all name-dropping and references to the pandemic and throwing in random words 300-year-olds think teens use. Spoiler: they don’t. No one uses “unsubscribe” as an attempting-to-be-witty one liner, and I pray that it never catches on.

But the real problem is that the reboot wants to keep the conniving rich people doing terrible things to each other while making them weirdly self aware. It doesn’t make the characters empathizable, it just confuses the audience and gives them emotional whiplash. The problematic shit wasn’t taken out, they just think that if they have a girl with a buzz cut pointing out that it’s not politically correct then they can get away with doing it anyway. Any attempt the show makes at being morally above comes off as forced, insincere, and preachy.

One of the most glaringly obvious and painful examples of this performative wokeness is Julien’s “I Am a Bully Speech” in episode 4. Julien decides, after a day of trying to sabotage Zoya’s birthday, to share a video on a huge projector at Zoya’s birthday party of Zoya vandalizing her old school. The video spirals into Zoya being traumatically bullied and called a “mother killer” by a group of girls, ultimately ending with Zoya setting a fire after being locked in a room (it’s a lot). Julien, who hadn’t seen the second part of the video, immediately realizes the error of her ways and makes the following speech:

“Hey everyone. I know that video was traumatic. You’re probably wondering why I played it. I’m wondering that too… I didn’t know she was being bullied but I guess when you’re a bully yourself you don’t see that. Since I can’t turn back the clock, the very least I can do is tell the truth. I’m a bully. And whether I do it to your face or through your phone without you realizing, it’s the same thing... But never again. Take out your phones. Do it, hit record. I am a bully. I bully my sister, I bully my friends, my fans and I’m never gonna do it again so long as I live. You have this video. Dubsmash it, DeuxMoi it. Gossip Girl it for all its worth. Now how about we put this pain behind us and bow down to the princess. She's why you’re all here. Z, I love you.”

This is supposedly meant to make up for what she did and has been doing up until literal seconds beforehand. Not everyone gets immediate forgiveness if they ever get it at all. Acknowledging that you fucked up isn’t a cure all. The only thing that could possibly explain this speech would be that maybe the writers wanted to teach a lesson to young viewers. Showing kids that bullying is inexcusable is important but I must remind you that this isn’t aimed at kids. Gossip Girl has shown full frontal nudity, a student performing oral on a teacher, and minors doing hard drugs. This is a show about teenagers for adults and rated TV-MA. I’m sure that there are some teens bingeing this show on their family’s HBO Max account, but even if they are, the “I Am A Bully” speech was so silly. In no world would people pat Jullien on the back for that shitty apology. She did a terrible thing, acknowledged it 15 seconds later, and pinky promised that she learned her lesson. 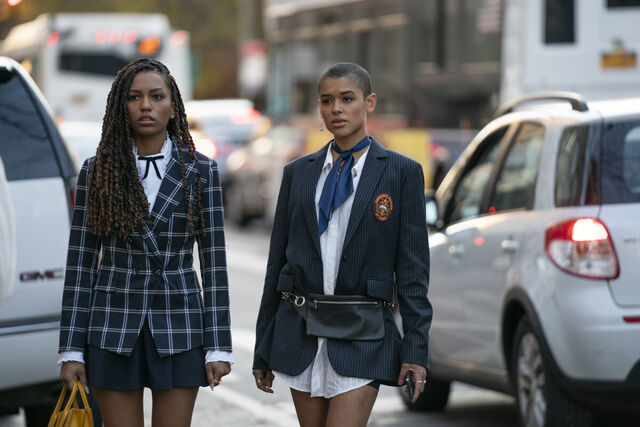 Rather than Julien telling us that what she did was wrong, we could have figured that out for ourselves.  A better way to make this scene more believable would have been showing the fallout and having Julien face consequences for being a bad person. She’s an Instagram influencer, she should have lost followers and been cancelled. Instead, not only was she praised for her “bravery,” she actually GAINED followers.

As clueless as the show seems at times, the writers do actually know how to broach controversial topics in a way that doesn’t sound like a PSA. They did it wonderfully with the “love” story between Rafa (Jason Gotay), a teacher at the school, and Max (Thomas Doherty), his flirty socialite student, and it turned out to be one of the best parts of the show.

Rafa and Max are both hot, played by adult actors, and have incredible chemistry and sexual tension. Hollywood loves a good student-teacher fantasy evidenced by shows like Pretty Little Liars, Riverdale, and the original Gossip Girl.  Audiences often find themselves pulled in by this titillating if extremely problematic trope, yet things like laws and abuse of power and predatory behavior linger in the back of their mind. The Gossip Girl reboot seemed to understand this very well.

The thing that sets the Gossip Girl reboot apart is how they resolved this plotline. Max and Rafa didn’t run off into the sunset, instead, Rafa is revealed to have had sexual relationships with several other students in the past. Far from being the charming man who couldn’t help but fall for Max’s advances, Rafa turned out to be a repeat offender. This is far more realistic than other examples of the trope. The tea is, if your high school teacher is trying to fuck you, they are probably a predator and you may not be their first victim. 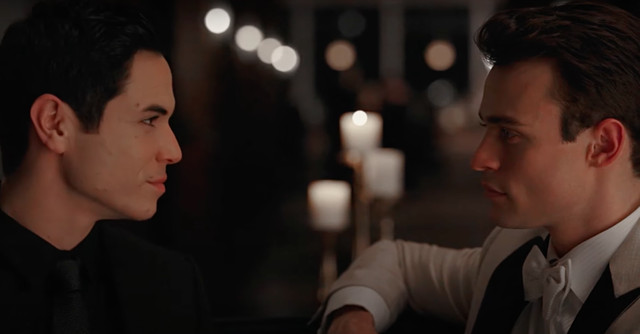 The reboot managed to give us everything we actually want from a student-teacher love story: tension, forbidden romance, hot sex, and moral comupance. We get an edge-of-your-seat scandalous love story wherein the story comes to a dramatic (and arguably more entertaining) end when it is revealed that Rafa “I don’t fuck my students” Capparos does, in fact, fuck his students. A lot.

But the villain didn’t give a speech about the dangers of talking to strangers and they didn’t turn this into an after school special. They let the story speak for itself and didn’t try to spoon feed us. This reboot needs to take notes from itself because it is capable of some really great things.  They need to educate themselves on the nuances of race and representation and trust that their audience doesn’t need to have everything spelled out for them. I know it saves time to just have the characters throw out half baked apologies, and it’s easier to just go along with current backwards beauty ideals, but it is certainly worth the effort to commit to being groundbreaking.