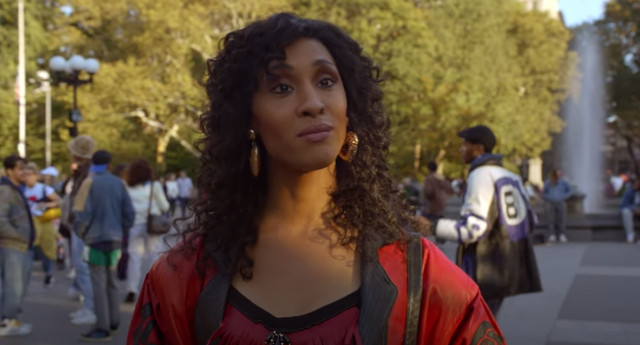 Emmy nominations are in, and it’s history in the making. Mj Rodriguez, who portrays Blanca Rodriguez-Evangelista in the critically-acclaimed FX show Pose, became the first openly trans woman to be nominated in the award show’s leading actress category.

The nomination gives Rodriguez deserving recognition for her acclaimed role as Blanca Evangelista, a trans woman, nurse, and manicurist living with HIV/AIDS, who forms her own drag house in 1980’s New York. Pose, which depicts the city’s underground ball culture of the time and the people who brought it to life, was heralded by critics and audiences alike for its aesthetic appeal—glimmering costumes, gorgeous set designs—and compelling look into Black and Latinx ballroom culture of yesterday.

The show—which finished its third and final season last month—is not unfamiliar with making history and breaking records. Billy Porter (who portrays Pray Tell) became the first openly gay Black man to be nominated for and win in a leading acting category in the 2019 Primetime Emmy Awards. The show also broke records for the number of openly transgender cast members in TV history: five in series regular roles.

Speaking to Variety about the historicness of her nomination, Rodriguez said, “I feel like love is finally being seen and being expressed...A moment like this extends and opens and elongates the possibilities of what’s going to happen.”

Besides at the Emmy’s airing in September, catch Rodriguez in the new scripted podcast Hot White Heist currently available to stream on Audible.