Kevin Can F**k Himself Flips The Script on Misogynistic Sitcom Tropes: A Review 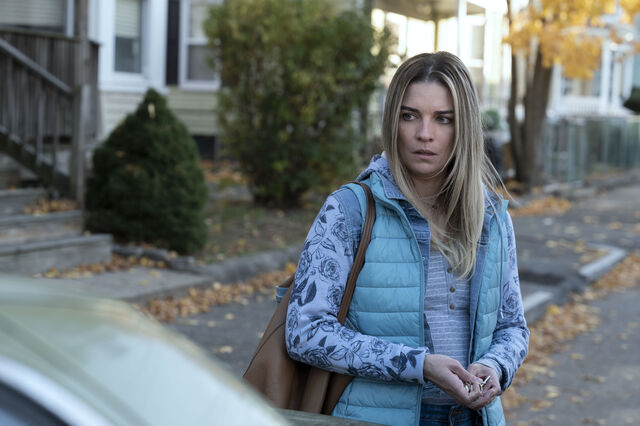 Set in Worcester, Massachusetts, Allison (Emmy winner Annie Murphy of Schitt’s Creek) is a childless, 30-something, who longs to get out of the small, stifling life she has with her cable-guy husband Kevin (Eric Petersen). You wouldn’t know the premise is that grim though as the show welcomes viewers into Allison’s home with a familiar scene straight out of sitcoms-past: Kevin plays beer pong in the brightly lit living room while his friends joke along.

Allison walks in holding a basket of laundry before getting hit by a flying ping pong ball. It’s the kind of dumb, physical comedy at the expense of female characters we have all become used to in sitcoms. After a few more jokes and dirty dishes tossed her way, she heads back into the kitchen, and viewers enter an entirely different world. This time in the style of a single-camera drama meant to highlight the somber and unfulfilling reality of Allison’s life away from the laugh track. Without the studio lights, we can see how small and dirty the home is. Setting the laundry basket down, she smashes the beer mug her husband tossed at her on the counter in a moment of visceral rage and frustration at the dismissive way she was treated in the living room.

A dark comedy, the show satirizes the misogynistic tropes of 2000's sitcoms (think Kevin Can Wait and The King of Queens). Murphy as the beautiful wife of a decidedly worse-looking yet goofy, supposedly loveable husband. The sharp style switch between sitcom and drama is meant to highlight the frequent lack of agency of female characters in these shows. 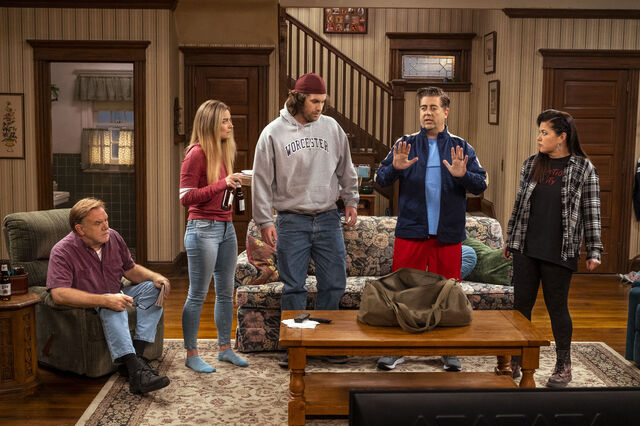 Ultimately, however, the mix of the two styles is an idea more interesting in concept than in actuality. At times the drama side of the show sucks up so much air, that the sitcom side feels mostly like an annoyance. But when the two do effectively work together we see the easy jokes made at the expense of Allison in the sitcom become painful as we contextualize them in the drama’s troubling depiction of Allison’s internal world. It also leads into the most interesting element of the show: its critique of real-life gender dynamics, that of a wife who has been sold domestic bliss, only to discover domestic hell.