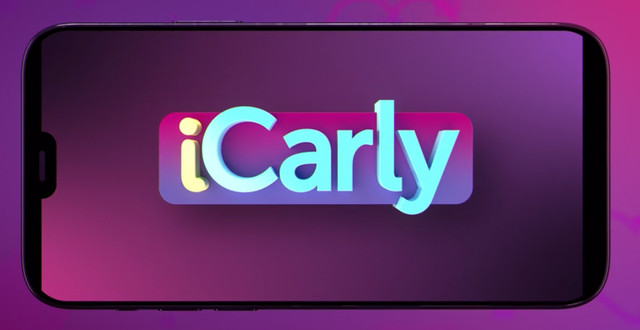 Five seconds into episode one of the iCarly reboot, Spencer is naked. A good start, in my opinion. Ten seconds in, and I’m getting all of the rushes of dopamine that come with reliving the best part of your childhood. Fifteen seconds in, and I’m worried. The pacing is off, the dialogue seems forced, and although I’m still watching the characters I used to know and love, they seem… out of practice. It didn’t feel like the reboot of a show that ran for five years; it felt like a dress rehearsal for a highschool play.

This was a shocking development considering all of the high praise it had received from basically the entire internet. I was disappointed and seriously questioning the taste of the nostalgia junkies of Twitter. But just as I was about ready to admit defeat, suddenly the show jumps one month ahead, and we are introduced to Harper.

Carly’s roommate, Harper, is hilarious, stylish, hot, Black, and pansexual! According to a conversation she has with Carly, Harper has dated and slept with “cute guys, hot girls, [and] ridiculously gorgeous non-binary lawyers who got [her] name tattooed on their thigh.” She was cracking jokes about furries and kink-shaming and working minimum wage. She's a character straight out of 2021, and I was eating it up. It’s not hard to guess why this character quickly became my favorite, seeing as she was full of one-liners, iconic fashion moments, and more than a few sarcastic remarks. Now THIS is what I’d signed up for. 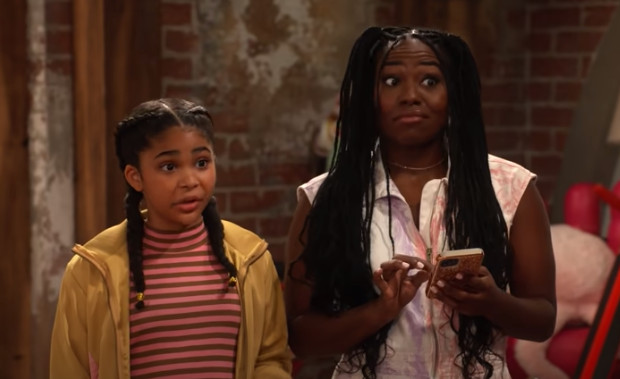 Following Harper’s introduction, it seemed as if the show was going to be solely held up by her sassy-Black-friend-ness, but somewhere within that month-long time jump, the original cast rediscovered their ability to act. It seemed as if that first tragically awkward five minutes of the show was just allowing Carly, Freddie, and Spencer to get warmed up, because after that, they were just as funny as I remembered them to be, if not more.

Spencer is now fabulously wealthy (although he already seemed pretty rich to my childhood self); Carly is pretty much the same, but with the addition of some killer eyebrows and well-placed swearing; and Freddie is twice divorced, a failure in his chosen career, and now once again living with his mom. Okay, the last one was kind of a downer, but at least he has a tech savvy, mixed-race adopted step-daughter named Millicent now.

Another thing to note is that almost every new character that has been introduced to the show so far has been a person of color. When I first saw the promotional shoots, I was initially concerned that the new POC characters would be obviously ghost written by white guilt and tokenism. However, it didn’t feel like the creators of this reboot were pandering or using them to accessorize a white cast at all. These characters actually felt necessary and real and make the show even more worth watching.

The two Black actresses that have been added to the main cast—Laci Mosley playing Harper, and Jaidyn Triplett playing Millicent— have really brought in their own unique humor that isn’t just trying to replace Sam—who is, apparently, off “following her bliss” with a biker gang. In fact, the show didn’t come off like it was trying hard at all and was able to seamlessly blend the classic iCarly charm of the original iteration with what we would normally laugh at in 2021.

Something this show does really well is incorporate millennial and Gen-Z culture into the jokes without coming off like they are written by Baby Boomers. It feels like every show right now is desperately trying to latch onto the success of internet humor, and failing miserably, often mistaking dabbing and terms like “fleek” as modern inventions rather than trends that fell out of vogue years ago.

The iCarly reboot, on the other hand, is self aware and current. It knows it’s audience! It’s not trying to cater to the up-and-coming generation, and it isn’t trying to be dark and edgy, and that is why it’s so successful. When making this reboot, they knew we wanted nostalgia and they were smart enough to have iCarly grow up right along with us, rather than trying to remake what was already great to begin with.

The iCarly reboot is currently only available on Paramount+ but definitely worth the month-long free trial or even a paid subscription if you’re interested in revisiting some of your old Nickelodeon favorites. I, for one, will be shamelessly tuning in for each new episode of this reboot and dreading the impending end of my 30-day free trial.

Tags: iCarly , iCarly reboot , funny , review , Miranda Cosgrove , Jerry Trainer , Nathan Kress , Laci Mosley , Jaidyn Triplett , iCarly review
Support Feminist Media!
During these troubling political times, independent feminist media is more vital than ever. If our bold, uncensored reporting on women’s issues is important to you, please consider making a donation of $5, $25, $50, or whatever you can afford, to protect and sustain BUST.com.
Thanks so much—we can’t spell BUST without U.