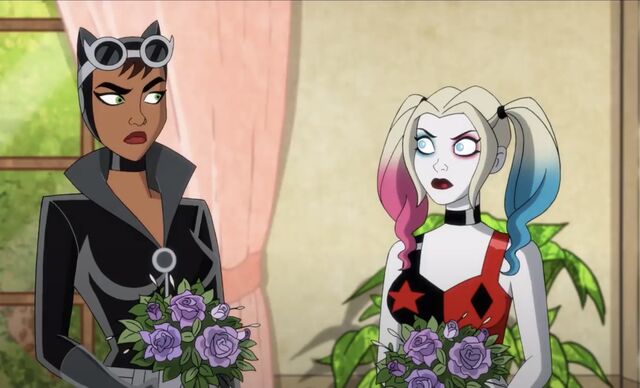 Justin Halpern, co-creator and executive producer of the HBO animated DC series Harley Quinn, has inadvertently caused an uproar on social media, after revealing to Variety that DC forced him to cut a scene from season three, in which Batman gives oral sex to Catwoman, because, apparently, “heroes don’t do that.”

Halpern explained their reasoning, saying, “We had a moment where Batman was going down on Catwoman. And DC was like, ‘You can’t do that. You absolutely cannot do that.’ They’re like, ‘Heroes don’t do that.’ So, we said, ‘Are you saying heroes are just selfish lovers?’ They were like, ‘No, it’s that we sell consumer toys for heroes. It’s hard to sell a toy if Batman is also going down on someone.’” The comments were made as part of Halpern’s wider point that he enjoyed working on a series with villains as the central characters, precisely because you have the freedom to be much more risqué.

I JUST DON'T THINK BATMAN WOULD DO THAT pic.twitter.com/TIHDQTPbcU

While DC executives felt their blunt explanation was sufficient, many within the fandom have found it bizarre that a series as chaotically gratuitous in terms of violence, language and sex (Harley Quinn has previously had sex with Poison Ivy), have equated limiting Batman’s sexual exploration to being ultra-marketable. Surely, some think, making Batman a selfish lover is a far less palatable fact?

So DJ Khaled was Batman this whole time... pic.twitter.com/0vZXr9OHRZ

Ambiguity still remains as to whether DC objected so strongly because such an act of sexual selflessness would tarnish Batman’s hyper-masculine image in the eyes of male fans, or whether they are considering their younger audience, despite this particular series very clearly catering to adults. Fans have taken to Twitter to mock DC’s reasoning, with many joking that DJ Khaled has been revealed as the new Batman; referencing the producer’s infamous comments from a 2015 Breakfast Club interview, in which he described his vehement refusal to go down on his wife.

No wonder villains and anti-heroes have been slowly taking over the superhero universe when they’re so much more fun.

From "Killing Eve" to "I May Destroy You," These 8 Women-Led Shows Should Be On Your Watchlist

Tags: Batman , Harley Quinn , Catwoman , Oral sex , DC Comic , superheroes
Support Feminist Media!
During these troubling political times, independent feminist media is more vital than ever. If our bold, uncensored reporting on women’s issues is important to you, please consider making a donation of $5, $25, $50, or whatever you can afford, to protect and sustain BUST.com.
Thanks so much—we can’t spell BUST without U.