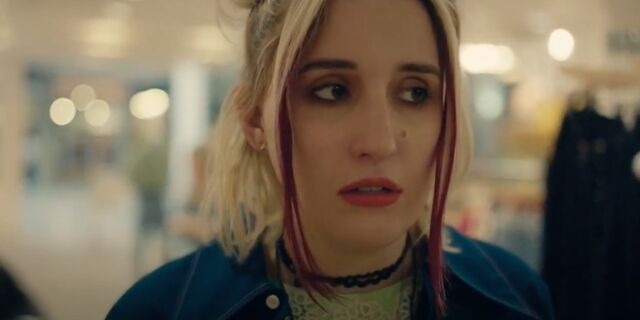 In the age of streamers like Hulu and Netflix, it can feel torturous to actually have to watch a show — especially one as twisty and thrilling as Freeform’s Cruel Summer — in week-by-week installments. Harley Quinn Smith, who plays one of the show’s most surprisingly divisive characters, understands the frustration.

“We learned about how the show was ending as we shot each episode,” the 21-year-old tells BUST. “Everything that the audience is feeling now is what we felt like a few months ago while we were filming.”

There are a lot of ways to describe Cruel Summer: It’s a bit of a psychological thriller, mystery, and dark coming-of-age drama all in one. At the center of everything is Jeanette Turner (Chiara Aurelia), an awkward teenager who covets everything about golden girl Kate Wallis’ (Olivia Holt) life. When Kate is kidnapped, Jeanette somehow slips into her place, taking over her relationships with her boyfriend and best friends. Fast-forward one year and Kate, traumatized and alone, is found alive — and convinced Jeanette witnessed her abduction. The show flashes between multiple points of view and three different timelines, slowly revealing the complicated, nuanced truth and, ultimately, highlighting the ways in which the world fails and demonizes teenage girls.

Smith plays Mallory Higgins, Jeanette’s offbeat, bold best friend who goes on to form a serendipitous, unexpected friendship with Kate. “Mallory’s the type of character I’ve been looking for since I started acting… I think she’s so cool and badass,” Smith says. “She only has two friends and then later, only one friend, but she’s still happy and she’s confident and she’s not concerned about what other people think of her. And I think that’s a really cool attribute.”

Maybe it’s because of her sudden bond with and allegiance to Kate, or maybe it’s her somewhat abrasive personality. Maybe it’s because, as Cruel Summer shows us, people are quick to villainize and question flawed teen girls. But for some reason, Mallory is the show’s most polarizing character — just check out the #CruelSummer tag on Twitter. “Mallory calling Kate her favorite person… I don’t trust her,” one person wrote. Another tweeted that Mallory is more of a clear villain than Jeanette.

Smith, though, has a fierce love for and appreciation of her character. “When I see things like, ‘I don’t like Mallory, I don’t trust Mallory,’ I want to respond and be like, ‘Hey, don’t say that,’” she tells BUST. “I just feel so defensive of Mallory. I think she’s a good person with good intentions.” 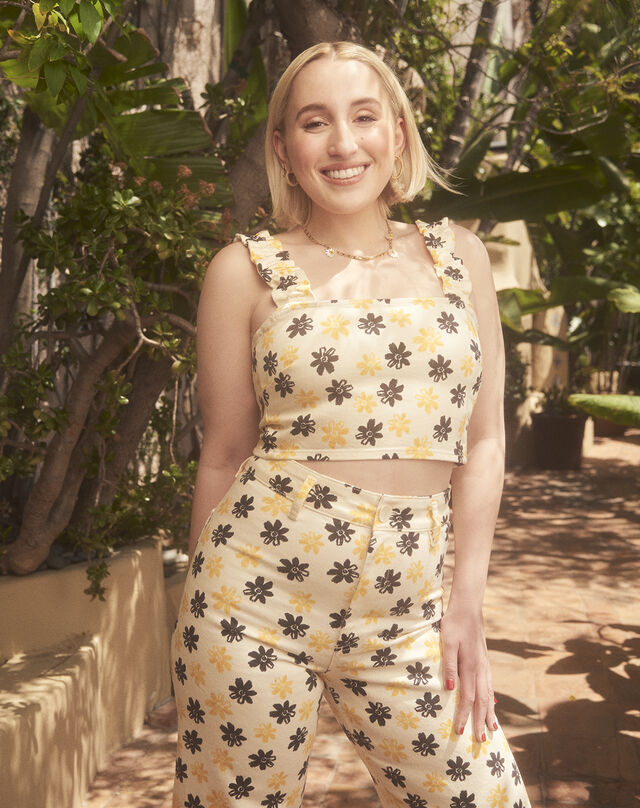 And then there’s her connection with Kate, which Smith describes as “really genuine and really beautiful.” When Mallory and Kate first run into each other outside a therapist’s office, Mallory doesn’t expect to find a friend; she doesn’t even expect to find someone she likes. But she soon becomes one of the only people who’s there for Kate as she works through her trauma and loneliness. And she’s also honest with Kate — in one episode, she even admits that she used to dislike her, and that she seriously misjudged her. That’s one moment, Smith says, that really shows how much Kate means to Mallory.

“That’s kind of the only time that Mallory admits to really being wrong about something,” she explains. “And Mallory for sure does not often or easily admit defeat, but when she gets to know [Kate], I think she figures out, ‘Oh, this girl is my soulmate in a way.’” When I mention that I’d kind of love to see Mallory and Kate get together down the line, Smith laughs and lowers her voice. “Same,” she says.

Although Smith is staunchly on Team Kate over Team Jeanette, she points out that it’s possible to feel for both characters. Neither one fits neatly into a box, which is one reason Cruel Summer is such a fresh take on the YA thriller genre. “It doesn’t have to be the mean one or the popular one or the nerdy one. They can all share those same personality traits,” Smith tells BUST. “You don’t have to stereotype teen girls.”

The Cruel Summer finale airs at 10:00 p.m. EST on Freeform. Watch all episodes on Hulu.