Kate Winslet Refuses to Hide Her Body in Mare of Easttown 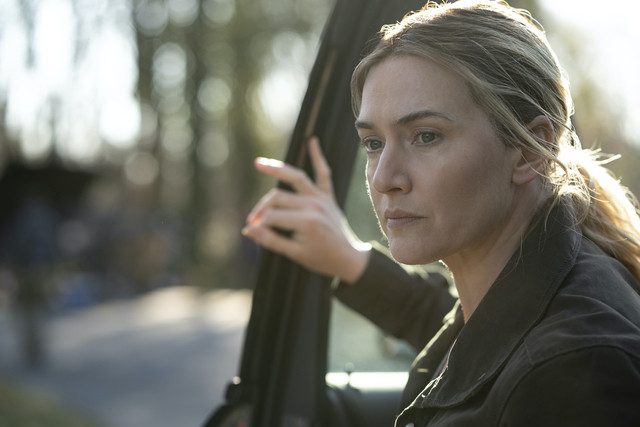 Kate Winslet has recently spoken out about her insistence that her "bulgy bit of belly" should not be cut from a sex scene in her TV series, Mare of Easttown, despite director Craig Zobel’s suggestion to edit out any unflattering angles. In an interview with The New York Times, the actor, 45, also spoke about sending back two posters in which she felt her face had been too airbrushed: “I’m like, guys, I know how many lines I have by the side of my eye, please put them all back.”

In the show, Winslet plays police detective Mare Sheehan, who is investigating a murder in a small town in Pennsylvania while simultaneously grappling with her own family issues and past traumas.  In the same interview, Winslet admitted that this refusal to airbrush her body comes despite her belief that viewers will say “oh my God, how can she let herself look so unglamorous?” Yet her firmness stems from a desire not to allow fixation on beauty to interfere with the authenticity of her acting performance: “I guess that’s why people have connected with this character in the way that they have done, because there are clearly no filters. She’s a fully functioning, flawed woman with a body and a face that moves in a way that is synonymous with her age and her life and where she comes from. I think we’re starved of that a bit.”

Winslet’s comments reflect the insidious lens through which older women on screen are viewed—born from the dominance of social media and its promotion of filtered beauty and youth. Has it given rise to intolerance for the depiction of realistic middle-aged bodies, simply because we have the resources to conceal perceived imperfections? Celebrities like Jennifer Lopez and the Kardashians, who have reached the forty and fifty thresholds in recent years, are praised for looking aggressively younger than their age. They are more powerful than ever, partly because of their almost supernatural ability to maintain glowing complexions and sculpted bodies, which they achieve through a combination of strict dieting, exercise, plastic surgery, and Photoshop. This is perfectly admirable in its own right, and yet does it drive a narrative that ‘normal’ middle-aged bodies are unsightly, unacceptable even? Are we only celebrating the bodies of women over thirty-five which seemingly defy nature, and reverse the effects of childbirth, everyday stresses, and aging?

Winslet perhaps feels comfortable resisting the Hollywood standard today because she has been scrutinized for not conforming to a beauty ideal since the beginning of her acting career as a teenager. In February, she told The Guardian, “they would comment on my size…it tampers with your evolving impression of what’s beautiful, you know? I did feel very on my own.”

Though body inclusivity has come a long way since the late ’90s, there has also arisen the idea that, because of our resources, women can and therefore should look younger for longer. Likewise, social media is able to smooth over any existing wrinkle or imperfection. The sense is that a woman can proudly display her body for as long as she is able to sculpt and manipulate it against the evil forces of aging, and should then cover it up once that no longer works. Winslet’s own willingness to embrace her unaltered body on TV—and her fight to do so—suggests that we have not distanced ourselves as far from exclusionary beauty standards as we thought.