Woman With A Plan: Actor/Writer/Director Natalie Morales Makes Media Made For US 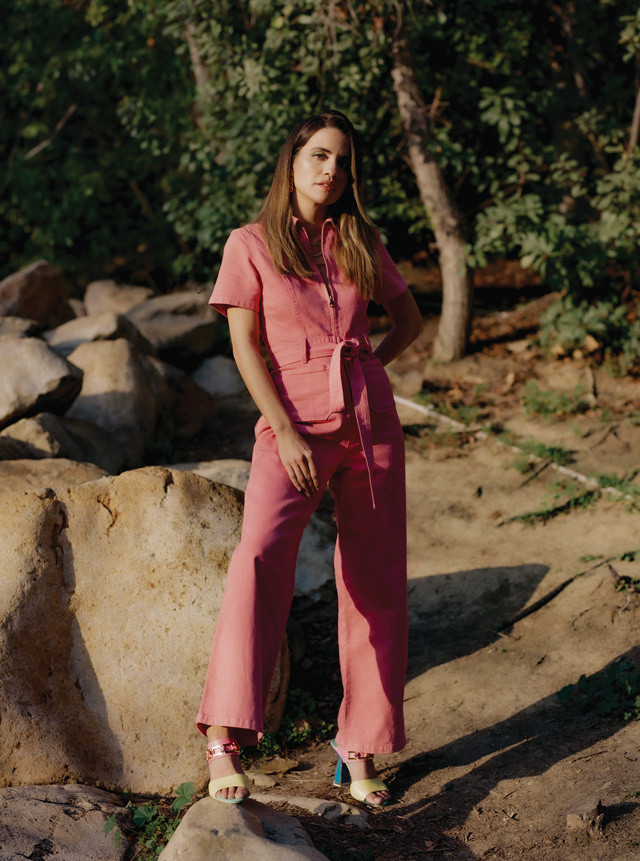 Natalie Morales is learning how to be a master manipulator. Not in real life—IRL she’s an utter delight, with a great big laugh, a genuinely sunny disposition, and a passionate streak for everything from activism to animals. (She speculates her dog Taco was a Buddhist monk in a past life and her cat Axl was a gay porn star from Palm Springs who is “super pissed he’s a virgin and a eunuch in this life.”) But when we chat, the 36-year-old actor, writer, and director has just emerged from editing her second directorial feature, Plan B (coming soon to Hulu).

“Editing is manipulation. You’re manipulating not only how the movie goes, but also how the audience feels. That’s what a score does, that’s what sound does, that’s what cutting away at a certain time does,” she says. “The psychology of it is something I didn’t expect to be so intriguing.” That psychology also involves deciding how she wants to depict her female leads, and emphasizing the female gaze. Which is especially important now, since her latest film is breaking new ground.

Teen quest movies, particularly dude-centric ones, aren’t new (see: Ferris Bueller’s Day Off, Superbad, and 2019’s female-led Booksmart). But Plan B is rooted in a major social issue, which is one reason why Morales wanted so badly to make it. The high schoolers (played by Kuhoo Verma and Victoria Moroles) aren’t searching for the coolest party, but rather the morning-after pill, which isn’t available where they live because of the “conscience clause,” a law that allows pharmacists to deny contraception based on religious beliefs. “They have to get their asses to a Planned Parenthood across the state, and that journey is just as funny and just as raunchy but the quest behind it is a very real problem that impacts many, many people,” Morales says. 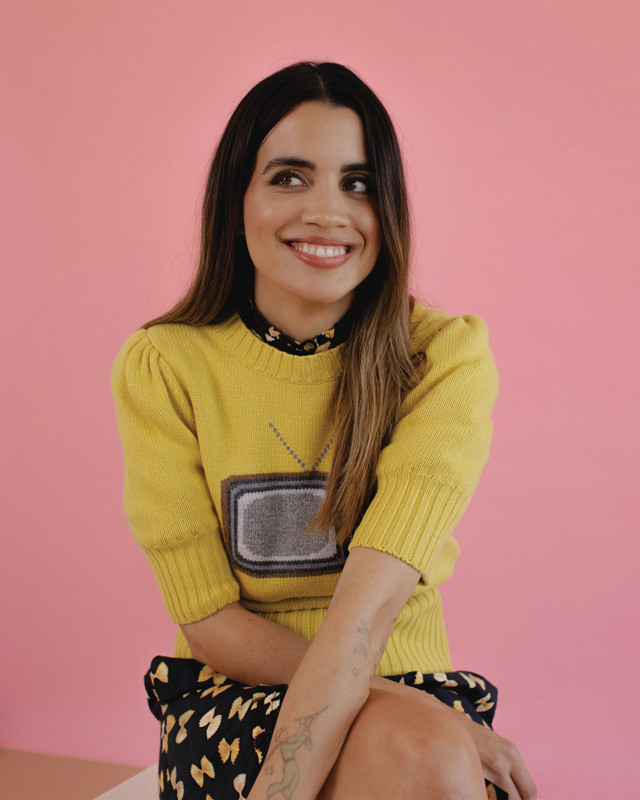 Morales has spent her career shifting the pop culture landscape. First as an actor (Girls, Parks and Recreation, Santa Clarita Diet), often scooping up roles written for white women and, after penning a poignant 2017 essay for Amy Poehler’s website Smart Girls, coming out as queer and pushing for more LGBTQ visibility on-screen. She played Linda Cardellini’s love interest in season 2 of Dead to Me, and when she was cast as Abby in Mike Schur’s NBC sitcom Abby’s—becoming the first Cuban to lead a primetime network series since Desi Arnaz in I Love Lucy—they made the character bi.

Now, she’s creating more opportunities behind the scenes. Morales made her feature directorial debut during the pandemic with Language Lessons, which she co-wrote and co-stars in with Mark Duplass (shot entirely over Zoom, the film features Morales as a Spanish teacher who connects with a recently widowed student). And she’s currently writing a movie for Universal with her “platonic soul mate” Cyrina Fiallo, whom she met in college in Florida, where the two bonded over feeling like outcasts in their hometown of Miami. “I remember us seeing each other across a stagecraft class. I was like, ‘Who’s that cool girl?’” Morales says with a laugh.

Their bond certainly informed Morales’ direction of Plan B, which is ultimately a love letter to female friendship. “It’s one of the most fulfilling relationships in my life,” she says of Fiallo. “And what I know and love about having a best friend is what I've put on the screen." –Lisa Butterworth

Tags: Natalie Morales , Plan B , best friends , Girls , Parks and Recreation , Santa Clarita Diet , Smart Girls , Dead to Me , Abby's , Language Lessons
Support Feminist Media!
During these troubling political times, independent feminist media is more vital than ever. If our bold, uncensored reporting on women’s issues is important to you, please consider making a donation of $5, $25, $50, or whatever you can afford, to protect and sustain BUST.com.
Thanks so much—we can’t spell BUST without U.