Details
BY Jamilah Lewis-Horton
IN TV
Published: 10 May 2021 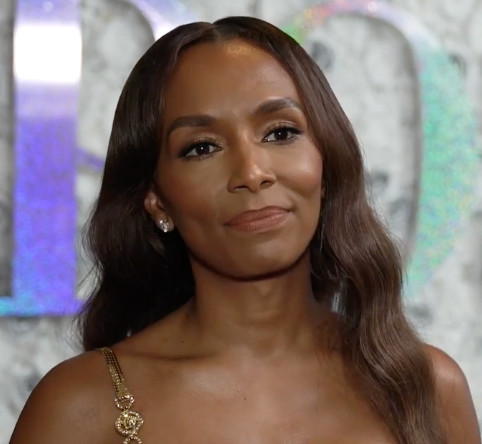 When called to speak at last week’s Pose season three premiere party, Janet Mock gave the Hollywood machine the long overdue reading it deserved. Over the weekend, reports surfaced that Mock —writer, director, and executive producer for the FX hit-series —offered the crowded venue of industry peers and collaborators a testimony to remember, citing unfair pay, a male-dominated writers room, and the exploitation of trans and queer representation as just a few of her grievances.

The importance of a show like Pose can’t be overstated, and so the collective sadness among longtime fans came as no surprise when it was announced two months prior that the production would unfortunately be coming to an end after just three seasons. Originally set in the 1980s amid the backdrop of New York City’s underground ballroom scene, the hour-long drama follows a host of black and brown LGBTQIA+ characters as they foster a vibrant community in the face of seemingly insurmountable odds.

Pose has especially done the work of amplifying trans visibility, and continues educating millions of viewers about ballroom history, homelessness, chosen family, sex work, and the early years of the HIV/AIDS epidemic. It’s a show that has forever changed the television landscape. However, as an integral member of all-things-Pose behind the scenes, Mock made it more than clear that actually laboring for a show that largely profits off of portraying lived experiences akin to her own wasn’t all that it seemed.

“Why am I making $40,000 an episode? Huh?” she questioned the audience, according to Page Six. “I’m angry.” As she very well should be. It’s been estimated that TV executive producers in the U.S. make an average salary of about $90,000, with a typical salary range of $78,000 to $109,000. There’s no justification for Mock–who’s executive produced all three seasons of Pose, and has more than her fair share of writing and directing credits–to be making a tremendous amount less than her  industry peers.

“Fuck Hollywood,” she went on, vocalizing a sentiment that so many marginalized folks who’ve taken on Tinseltown can surely empathize with. As game-changing of a show as Pose is, the industry has consistently failed to give its talent the praise they deserve. While Pose has been somewhat well received by majority-white awards ceremonies like the Emmys, it seems nonsensical that, for a show largely centering the BIPOC trans experience, the only cast member to be nominated and awarded for their role on the show is Billy Porter. Not to mention how the show has practically gone unnoticed at “respectable,” majority-Black award ceremonies like the BET Awards and the NAACP Image Awards.

You're telling me that a cis actor is the only one worth nominating or elevating on a show that centers the Black trans experience? Y'all playing in our faces yet again.

The Black trans women who work on #PoseFX deserve so much more recognition from the #Emmys2020 and beyond.

Mock spoke directly to key cast members like Dominique Jackson, Indya Moore, Hailie Sahar, Angelica Ross, and leading lady, MJ Rodriguez, publicly acknowledging all of the hard work and vulnerability they’ve exhibited throughout the years–something Hollywood still has yet to do. Pioneers in their own right, especially as far as authentic, on-screen Black and brown trans representation goes, they’ll always be remembered by fans as the true heart and soul of Pose.

“Does this make you uncomfortable?,” she challenged the audience. “It should. It should make you fucking shake in your motherfucking boots. This is speaking truth. This is what Pose is.”

Mock then berated the series’ writing, expressing disappointment with how the first two episodes were written exclusively by men. “Who brought the girls in?,” she asked show creator Ryan Murphy. “I did. I wanted the girls to be there,” he replied; "the girls" in question being Mock herself, along with fellow writer-producer Our Lady J.

As much as Hollywood would purport itself to be a beacon of diversity, staffing underrepresented writers remains an overwhelming rarity. In fact, Mock herself is the very first trans woman of color in history to be hired as a TV writer in Hollywood. She further admitted to feeding into the culture of competition often bred in spaces like this by apologizing to Our Lady J, according to E!. "I tried to shrink you to make myself bigger. Why couldn't I just love you?"

Mock's testimony veered toward her personal life when she demanded that her current partner Angel Bismark Curiel, an actor on the show, stand up. “Today, I was gonna let [Angel] go,” she said. “I was gonna let you go, right, but what did I do? I fucked someone on the crew, right?"

It must've taken immense vulnerability for her to express this betrayal so publically. "Angel, Angel," she continued. "I’m not losing you. You hear me? You are fucking important to me. I don’t want to live in a house alone. I want you. You motherfucker. Right there. That’s who I want. I’m getting what’s mine.”

We can only speculate what her motive was, but this ultimately became the focal point of much of the current reporting around Mock's speech, allowing the controversy surrounding her relationship to consume the importance of all that she'd said. Still, there is surely a conversation that should be had about the power dynamics at play here, and about how manipulative and coercive it can be for people to publically spotlight their partners in such a way.

Once again directing her attention to the gatekeepers of the motion picture industry, she criticized their complacency. “It’s a show, but it means so much to everyone to ‘ensure that we enable black and brown trans women to make it’ because that sounds good,’” she mocked. "It makes you comfortable to talk like that because then I don’t scare you into facing the fucking truth. You all have stomped on us,” she continued, imploring us all to understand how exploitative it is for Hollywood to profit off of these stories without ever doing the actual work of supporting black and brown trans lives.

What a hell of a way to kick off Pose’s final season. The first two episodes premiered over the weekend as well, and I can honestly say they didn’t disappoint. It's now 1994 in the Pose universe, a radically different world than where we first met these beloved characters. The HIV/AIDS crisis is generationally devastating the community, drug and alcohol addiction threatens to destroy entire chosen families, and the ballroom scene is rapidly devolving into cutthroat, money madness.

Although it’ll be interesting to see how everything all comes together in the end, watching the show felt somewhat trivial after Mock’s emotional call to action. If Pose really is “truth” as Mock would say, the truth of the matter is that great storytelling and representation alone won’t save us. What does adequate visibility matter if productions like Pose aren’t actively pouring back into the very same communities and creators that they’re extracting from?

As a successful trans rights activist long before Pose ever became the hit-show it is today, Janet Mock’s contributions to the larger, ongoing fight for equality will never be forgotten. I hope she has peace in knowing that, as far as Pose is concerned, she did what needed to be done, and I look forward to all of the ways that she’ll continue breathing life back into her community.

“I fucked up, y’all. I forgot who the fuck I was,” she said. “They want me to come up here and pretend. I don’t need Hollywood, honey. You know why? Cuz I’m fucking free.”