Michael Aloni Is Just As Charming IRL As The Sensitive, Ultra-Orthodox Jewish Man He Plays On The Netflix Series "Shtisel": BUST Interview 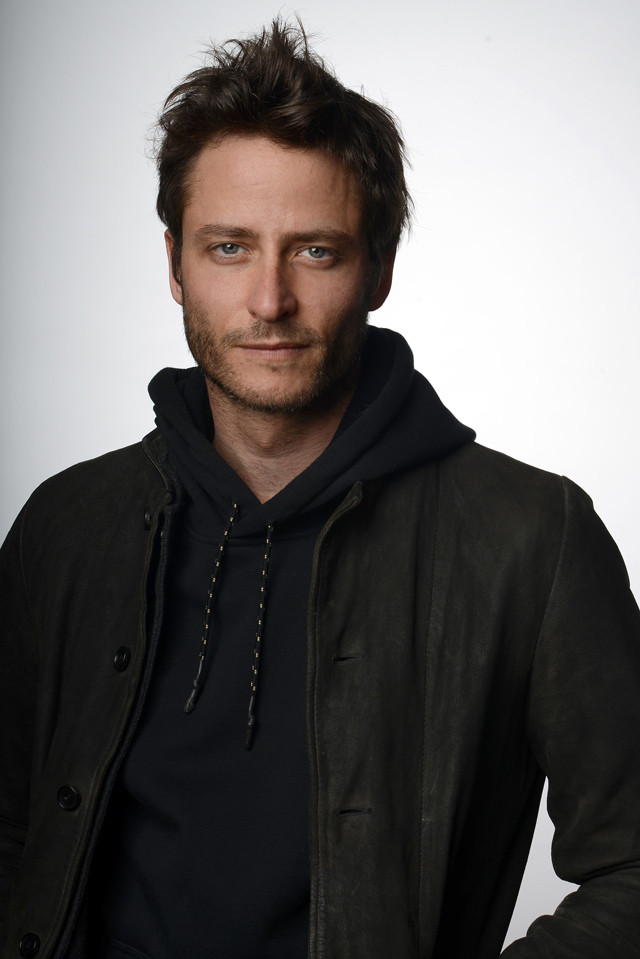 When I tell Michael Aloni, star of the hit Israeli dramedy series, Shtisel, that I’ve heard the show described as “The Sopranos, but with soup,” he agrees, but with one caveat. “With kneidlach—with matzah balls. Like The Sopranos with matzah balls,” he says, laughing. Indeed, the show, about a Jewish family who belong to the ultra-Orthodox Haredi sect, is as wonderfully scripted, shot, and acted as the groundbreaking HBO series. “What’s so special about Shtisel is that it’s about this very particular family living in Jerusalem, in Mea She’arim. It’s like a faraway world from even the secular part of Israel,” he explains. “And it’s not telling the story from the outside; it’s telling it from the inside out. In the end, it’s a story about people and their dreams and hopes. And that’s something that we can all relate to.”

The show’s success is due in large part to Aloni’s irresistible appeal in the lead role as Akiva Shtisel, a young man who lives with his widowed father and wants to become an artist—a choice that’s looked down upon by his insular culture. In addition, he’s in the process of shidduch—a highly structured matchmaking system in his community. Akiva, however, keeps falling in love with inappropriate women instead of the nice young girls he’s getting set up with.

Shtisel first aired on Israeli TV in 2013 where it was an enormous hit, but ended after just two seasons. Then, in 2018, it came to Netflix, where it eventually became so popular that a third season was ordered, and was released on the platform on March 25. Surprisingly, the show found fans among the Haredi themselves, who are typically opposed to secular television. “They have these ‘kosher phones’ where they download the show,” Aloni tells me. As a result, when the cast returned to Mea She’arim to shoot the second season, they were immediately recognized. “People thought I was Akiva, like Akiva is real. So, I was stopped every second by people offering shidduch. They were like, ‘You gotta meet my daughter!’” Aloni recalls.

The 37-year-old had already been famous for a long time in Israel before Shtisel, but he hadn’t originally planned on being an actor. “I always imagined myself studying physics, with a future in the sciences,” he says. But that all changed when he was discovered by a casting director, who invited him to read for a part. “So, I read, and they put me on this show that became a huge hit for all the youth in Israel. Overnight, I became this superstar in kids’ minds, and I couldn’t walk the streets anymore. I lost my anonymity,” he says. Since then, he’s appeared in numerous Israeli movies and TV shows, including Out in the Dark, a film about an Israeli man and a Palestinian man who fall in love; and the TV series When Heroes Fly, also on Netflix, about ex-Israeli soldiers. He even hosted the Israeli version of The Voice for six years.

These days, Aloni is working on a new series, The Beauty Queen of Jerusalem, that follows multiple generations of one family in Israel. (Aloni can trace his own ancestry back nine generations in the country). When he’s not living in the film’s quarantine bubble, he spends his time at home in Tel Aviv with his American girlfriend of three years, Moriya (“We met at the Israeli version of Burning Man”), and his beloved Rottweiler mix, Bruce. “We went to this adoption day, and he was in his cage, clinging to the bars and looking straight into my eyes. I said to Moriya, ‘This is me, in a dog. Let’s take him.’”

Given the fact that Aloni is, like Akiva, an artist, unmarried, and without children, I ask if he can relate to the character. “I think the most valuable asset that Akiva has is the fact that he’s naive. He’s not stupid, but he’s looking at the world with curiosity and believing in the good of people,” Aloni explains. “Akiva is a good reminder, for me, of how important it is to be innocent. Coming back to him for this latest season, after five years, felt so warm. Like home.”