Cults Going Corporate: Why The NXIVM Story Feels So Familiar 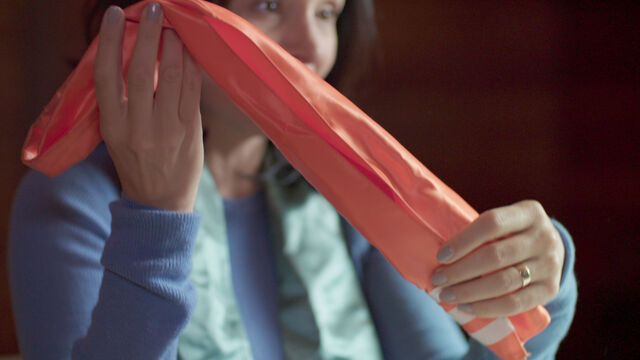 “No one thinks they’re signing up for a cult,” says Mark Vicente in the final episode of HBO’s The Vow. It’s an interesting statement, seeing as Vicente just spent the better part of a decade essentially acting as a propagandist for a cult leader.

No one thinks they’re signing up for a cult is the echoing refrain throughout The Vow, the HBO documentary series chronicling the rise and fall of the sex trafficking cult NXIVM through the eyes of former members who then became dedicated to dismantling the organization. NXIVM, which is now a buzzy true crime topic rather than a corporate brand-name mask, was an “executive success program” that enslaved its members and inflicted sexual abuse, including branding, on its female devotees. It was rampantly sexist, underhanded, and cruel. And still, intelligent, educated, and perceptive people joined this cult by the hundreds, under the guise of enrolling in an innovative self-improvement community that would feed into professional success.

The whole thing came crashing down decisively in 2018, when a group of escapees’ efforts finally paid off and federal US law enforcement found Keith Raniere, the cult’s figurehead and co-founder, where he was hiding out with a NXIVM outpost in Mexico. He was arrested, along with many of the other leaders, and in late October, sentenced to 120 years. He will effectively spend the rest of his life in prison.

That feels like the end of the story. And a story with a neat, cathartic ending is so much easier to tell. Cue: the true crime trend machine.

Disclaimer: I’ve been following NXIVM since the CBC’s Uncovered podcast covered it in 2019. According to the podcast’s narrative, the project of documenting the cult’s escape began when a CBC reporter encountered an old friend by chance and asked What’s been going on in your life? Her response: Oh, I just escaped a cult.

The massive mechanism that is true crime has really come into own in the last few years, as effectively portrayed in another sterling HBO saga, I’ll Be Gone in the Dark. I am one of the trend’s adherents, tuning into everything from The Jinx to My Favorite Murder. “Cult” is a buzzword to say the least, and it wasn’t about to pass by unremarked as the mainstream media and true crime community revved into full swing around Raniere’s fall from power and eventual conviction. There are already two documentaries from the perspective of NXIVM escapees, both of which aired before Raniere was even sentenced.

Calling something a cult sounds like an accusation in itself. The basic definition of a cult is a group of more than thirty-ish people who hold a common belief, usually religious. NXVIM wasn’t religious: it was intellectual. (Although the Starz mini-series, Seduced, paints NXIVM with a slightly more spiritual brush, through the eyes of one member.)

“Cult” is a very distant word, too: it’s the scary subject matter of shows like America’s Book of Secrets, where ominous narration guides us through horror stories like Jonestown and Waco. Fanatical religious belief that sounds immediately farfetched make the viewer feel safe from every potentially wandering into its orbit.

The Vow makes it clear how painfully, familiarly corporate this particular cult was. Part of this sense of normalcy is due to Vicente, whose trove of footage from his many years documenting NXIVM finally achieved the status of documentary—one that exposes, rather than reinforces, Raniere’s authority.

Corporate is the word for NXIVM—not fanatical, not religious, not kooky. I’ve watched women in my life pursue pyramid scheme cosmetic companies, and the vibe is very much the same, down to the phony narrative of empowering women in business. The members of organizations like this are sold confidence, a lifestyle, and community. On the surface, that doesn’t sound so different from walking onto a campus in pursuit of a degree, after signing up for loan after loan to finance that experience.

It might be radical to sign up for a faith that worships UFOs and/or demands mass suicide, but it’s much less of a red flag in 2020 America to sign up for a corporate program focused on executive success. One of those is much more culty than the other, right off the bat. But why? Corporate subjugation and obedience fed the myth of empowerment, and NXIVM was born. That doesn’t speak very highly of the Western worth-based-in-business-success model workers are plugged into via the corporate ladder.

The Vow makes this story too familiar for comfort. It also does what good documentary should: it presents a wealth of primary sources, collected meticulously as the events it portrays unfold.

On the other hand, there’s Starz’s Seduced, which was just released by the more recent escapee India Oxenberg—a beautiful, wealthy young white woman who fits neatly as the star of a cautionary tale. (A large arc on The Vow was devoted to India’s mother, actress Catherine Oxenberg, tirelessly trying to pry a brainwashed India out of NXIVM, even after Raniere’s flight to Mexico.)

NXIVM is such fertile ground for true crime narratives, in large part because it’s possible to literally glean an inside view. The group was thoroughly modern and technological. Vicente is a filmmaker who was documenting the mentality of the cult in real time for years and years. Cell phone footage, texts, emails, training materials: the amount of material produced within NXIVM, about NXIVM, is stunning. The frank word for it is propaganda. A thoroughly corporate cult, NXIVM’s identity as a company depended on the images it could craft for itself.

The Vow feels like the real-time accumulation of those years of recordings and the personal lives running parallel to them, delivered by the very people who collected the material. As the escapees first detail their experience with NXIVM and then their years-long battle to hold Raniere to some kind of legal account, it’s obvious they’re well aware of the drama of their situation, but they frequently—self-protectively—cover it with a humorous bend. At one point, Sarah Edmondson stands in her bathroom, jeans pulled down to show her brand. As as she rubs topical cream to alleviate the scars, she narrates a fictitious commercial: “Buy this cream to get rid of your sex cult scar in no time!” Corporate language returns, fitting the drama of the situation into packaging that feels reasonable.

Seduced, meanwhile, is a much more cut-and-dry, look-at-this-scary-cult narrative that gawks at NXIVM: look at the hypnosis-like, manipulative methodology that looks so obviously like other cults like Waco and Jonestown. It’s much less of an inside peek than it is a cautionary tale. If you have to pick one, watch HBO’s version of the story. It’s a suitably dramatic journey but with a wider view.

Raniere’s manipulations are so familiar. Think of the mentor relationship of a graduate advisor who demands too much faith, for instance. Or your drive to get to work early and work later, to get more done, to rise up the chain. Up is always the goal. Raniere didn’t invent the goal of being better by being more successful and more confident. But he sold it exceptionally well.

Watching the many NXIVM narratives unfold on HBO, Starz, and the Uncovered podcast feels a lot like watching the Fyre Festival documentaries. Both are about cons that have been found out; at the head of each deception is a white man out for his own gain. And both are cons that are still making money by offering us the map of the catastrophe after the fact in the form of documentaries and courtroom dramas. HBO’s follow-up documentary to The Vow is forthcoming in 2021, which will follow Raniere’s trial in a predictably absorbing courtroom drama. (I mean, I’m personally planning on watching it.)

The cons are all the same: these men operate in systems of value that are already so well established and so pervasive that they seem like natural goals. Those are the lingering embers of this cult story: it isn’t over, because the goals and values we hold haven’t changed.

Tags: The Vow , HBO , NXIVM , true crime , corporate , corporation
Support Feminist Media!
During these troubling political times, independent feminist media is more vital than ever. If our bold, uncensored reporting on women’s issues is important to you, please consider making a donation of $5, $25, $50, or whatever you can afford, to protect and sustain BUST.com.
Thanks so much—we can’t spell BUST without U.