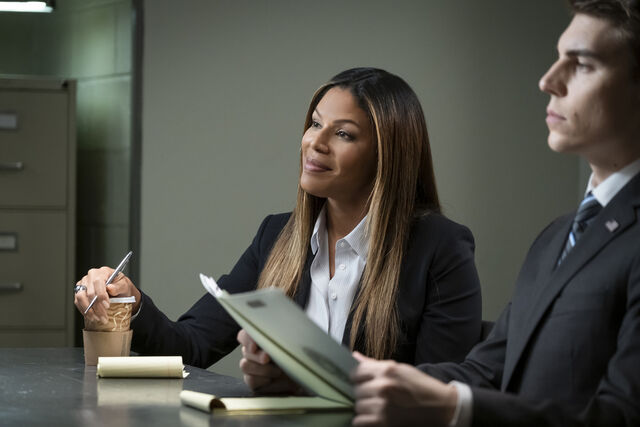 The Flight Attendant, based on a book by the same name written by Chris Bohjalian, follows an alcoholic stewardess Cassie Bowden, played by Kaley Cuoco, as she attempts to piece together the murder of a man she went to sleep with alive but woke up to dead. It has all the right flavors of a quintessential murder mystery with tense music, cliffhangers, and the occasional light bulb moment. But, the series which premieres the first four episodes on Thanksgiving, feels fresh by centering not only on the mystery itself but the onset of trauma present and past in its lead character. The Flight Attendant, also produced by Cuoco, is much more about Bowden’s reactions than it is about solving the actual murder. Along the way, the boozy stewardess ropes in her very funny lawyer friend Annie, played by Zosia Mamet and has to constantly dodge FBI agent Kim Hammond, played by Merle Dandridge, who knows Bowden is hiding something.

Before starting this role, Dandridge played a pastor for five years as Grace Greenleaf on Oprah’s OWN network show Greenleaf, where she uncovered family secrets and preached a little in between. Now, she finds herself playing Kim Hammond, the tough agent who won’t let Bowden or her FBI partner Van White off the hook. When the opportunity to audition for this series came along Dandridge tried out for a different role, but the show’s creators, Steve Yockey and Cuoco among others, wanted to try something new. The book features a 60-year-old man as the FBI agent Dandridge now plays. “They said, ‘What would you think if we changed one of the roles from a 60 year old man to you?’ which immediately piqued my interest,” Dandridge said to BUST over the phone.

Recreating a character from a book is hard enough as it is but Dandridge and the production team had to make a whole new character profile fit into an already written story. The 60-year-old male FBI agent was now a Black and Asian woman, by nature ousted from the boy’s club of the agency. Dandridge said this is exactly what made the role exciting. “What I love about the character is that here's a woman that is very determined to live as an act of resistance and build her own lane like many women are out here doing. I respected her walk and I loved her talk,” Dandridge said. As Hammond and her partner, White (played by Nolan Gerard Funk), question Bowden, they argue about how best to do their jobs. Dandridge said, “The guys around her want to make a win and call it a day so Kim is more invested in getting it done right, getting it done well.” With a murder as odd as this one, Hammond definitely has the right idea to keep digging. 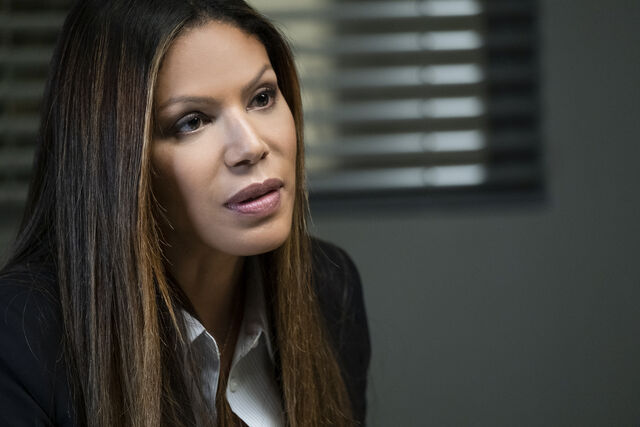 In the first four episodes of the series Bowden travels between New York City, Bangkok, and Seoul at an exhausting pace especially because there is almost always a drink in her hand. Watching a show set on a plane and featuring all of this back-and-forth travel feels jarring to an audience that has lived through almost a year of a global pandemic. The cast and crew paused filming in March and became one of the first productions to finish filming during the COVID-19 pandemic when they resumed in August and wrapped in October. “When things shut down we had been running around town at a breakneck speed. But, when we came back we moved slower and our senses were raw, especially in proximity with others.” Dandridge continued, “It was like coming out of the cave and seeing human beings again. It was profund to walk through that experience with each other.”

Although the series lets the audience into some escapism with the highly glamorized life of a fictional flight attendant, it adds a fair share of emotional and physical claustrophobia. Bowden’s anxiety and PTSD while in sterile, lonely, and confined places like hotel rooms and planes only adds to the feeling of impending doom. And although the series is accurately labeled a dark comedy, the dramatic acting is really well done and has a very true-to-life feeling. In one conversation with her lawyer friend, Bowden is weeping one minute and laughing the next.

Dandridge’s character, Hammond, similarly deals with an array of emotions. She's measured as she uses her wisdom and wit to conduct tricky interrogations but she also gets really frustrated when she runs into snags with her partner. “In my experience usually if there's something about somebody that rubs you the wrong way there’s something to be learned there. The reason they were paired is because they both have something to learn from each other,” Dandridge said. 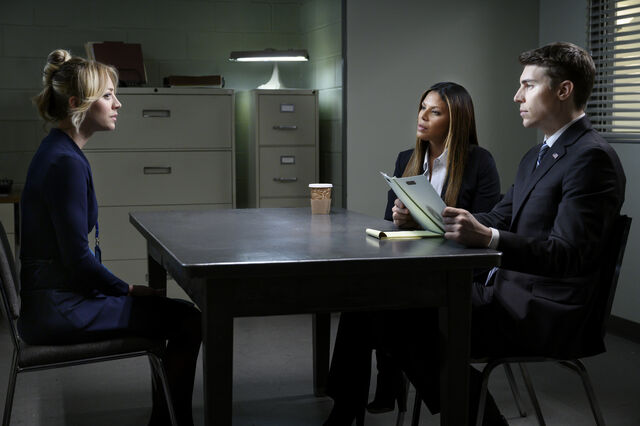 White is often too quick with his assumptions and makes poorly thought out decisions without talking to Hammond first. In one such moment, Hammond gets angry at White for making a hasty decision and he responds by saying his elite decision-making skills are the reason he’s a much younger agent in the same position as her. Hammond swiftly puts White in his place and explains the real reason that they have the same salary: his white male privilege in the FBI’s boy’s club. “Steve Yockey’s writing and the whole writing team really put their finger right on it. It was nice to be able to elucidate and speak about the plight of so many women and women of color who are silently walking up the hill where everyone else might be doing an easy jog.” Dandridge continued, “to be so clear about something that happens silently- that battle- it's so important in this time to name it and say it outloud. These things have been put in the dark but they must have an audience.”

This commentary by Hammond’s character isn’t the only adept subversion of tradition in the series. Although Bowden most definitely makes poor decisions in her hunt to find the truth, her “crazy” is never disrespected by the characters in the show or the writing itself. When she fears a man is watching her too closely, the conclusion isn’t that she’s losing her mind, it's that her instincts were right: He's an undercover FBI agent. When she wants to tape together shreds of evidence, Annie’s boyfriend thinks it's a great idea and helps out. In the mystery genre where women have been traditionally treated like they are fragile, foolish, or overreacting, it's a breath of fresh air to see women, from the main character to the FBI agent investigating her, believed and trusted. Check out the first four episodes of The Flight Attendant with Kaley Cuoco and Merle Dandridge on HBO Max starting Thanksgiving Day.