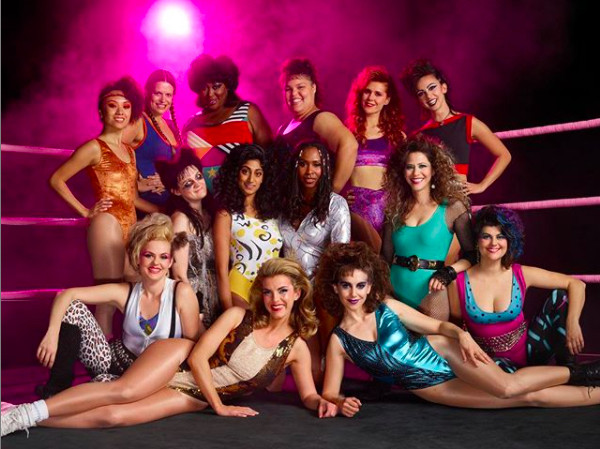 The principal women of colour on Netflix’s GLOW took to Instagram on Monday to share a letter they wrote to the show’s creators and executive producers expressing their concerns over the representation of their characters. The letter, written and sent before the show’s cancellation earlier this month, was posted by Sunita Mani, Ellen Wong, Sydelle Noel, Britney Young, Shakira Barrera, and Kia Stevens, who all co-signed the letter.

In the letter, the women outline the issues of inclusivity within the show’s storylines. They write, “GLOW has been marketed as a diverse ensemble, but for all of us diverse cast members, it has never lived up to these ideals. Since season 1, the show has planted racial stereotyping into our character’s existence, yet our storylines are relegated to the sidelines in dealing with this conflict or have left us feeling like checked-boxes on a list.”

With “zero persons of color in the writer’s room” for season four, the women rightfully felt that changes needed to be made. With no one to speak for them in the writer’s room, they couldn’t stay quiet about the representation of their characters. “There has been an emotional toll on us to take care of and enact our characters. The meta narrative of our show—actors dealing with the conflict of perpetuating stereotypes in order to have opportunity—is exactly what is happening in our real life.”

“We feel both devalued in our skillset and only valued for the diversity that we bring. It is a cyclical, psychological pain to deal with one’s currency as an actor and a person of color based on a system that values whiteness. Even when our show seeks to comment on this standard, it perpetuates it. We can no longer be quiet about the pain this has caused us and the harm it has done in perpetuating the representation of people of color as sidekicks to elevate white leads,” the letter continues.

They outline three ways that positive change can be enacted: to hire a person of color as either an executive producer or a consulting producer, to address the impact of playing a racial stereotype on their character’s lives in the storylines, and to amplify the voices of their character’s in the main storylines.

The result of this, according to Wong’s post, was a collaboration between the six women and the show’s writers to better represent their characters in the fourth season. Their concerns were acknowledged and fully listened to, with the writers pitching them storylines that addressed the systemic issues they had outlined.

In Mani’s post, she explains that the point of posting the letter is not to try to save the show from its cancellation. Rather, sharing the letter acts as closure for the women who will not have the chance to see the changes they worked for realized in a final season of the show.

**A statement on GLOW** I want to relay the above in hopes of transparency making things better for all. I made a joke about that recently and now I’m asking you to take me seriously, sorry! The above is not posted to save Glow, it’s just some personal stuff that we want to share. I loved playing Arthie Premkumar❤️

Tags: GLOW , Netflix , Sunita Mani , Ellen Wong , Sydelle Noel , Britney Young , Shakira Barrera , Kia Stevens , representation , diversity
Support Feminist Media!
During these troubling political times, independent feminist media is more vital than ever. If our bold, uncensored reporting on women’s issues is important to you, please consider making a donation of $5, $25, $50, or whatever you can afford, to protect and sustain BUST.com.
Thanks so much—we can’t spell BUST without U.