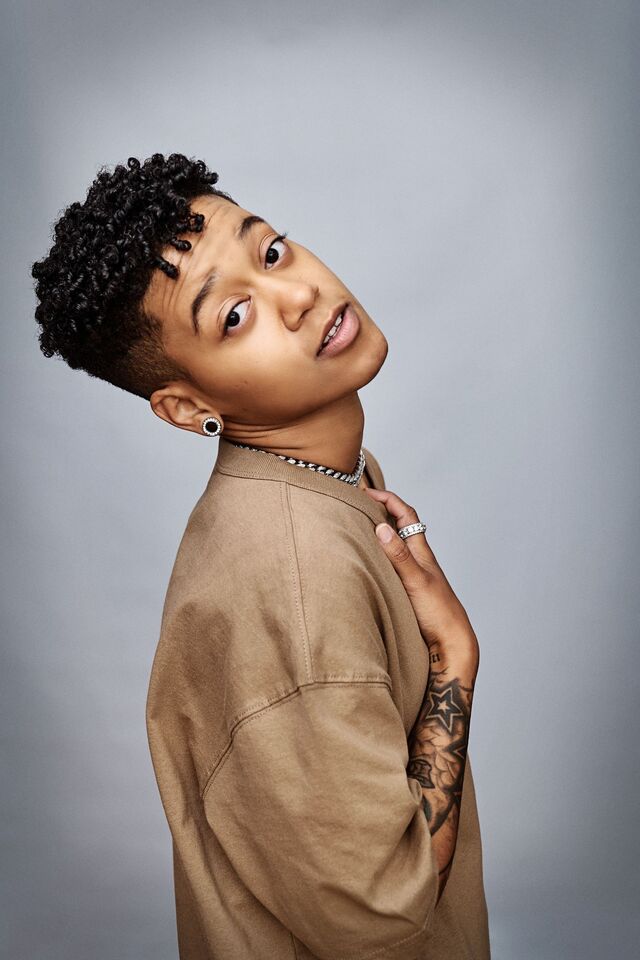 Netflix’s newest drama Grand Army is a scary but unfortunately realistic portrayal of being a teenager in America. One of the students at this Brooklyn high school where the show is set is Tor. Portrayed by actress Crystal Nelson, Tor is a confident and loving member of the school’s basketball team.

Crystal discussed with BUST how Grand Army is different from other high school dramas and why playing Tor was like looking in the mirror.

Can you tell me about Grand Army a little bit? What is your show about?

Grand Army is mostly a show about five teens at a public school in Brooklyn. I think that each character is just trying to break free and be themselves and show to the world that they need to be heard.

What kind of issues does [Grand Army] discuss?

I would say it tackles a lot of racism, political things like being heard [with] your vote, and sexuality for sure.

What character do you play? What is she like? Can you give me like a quick description of her?

My character is Tor Samson. I would say Tor is confident. She's super hilarious and she's like the exciting, "want-to-get-you-to-just-have-super-self-love." You know? So, she encourages all her friends to just focus on self-love and she's very compassionate for sure.

Why did you choose to play this character?

I chose to play Tor because she reminded me of myself in high school. The only difference was that Tor in Grand Army had a voice and I didn't, so I wanted to enlarge that and and be able to allow other people in the world to see that it is possible to have a voice being a character like Tor.

Do you relate to your character? In what ways?

I would say I relate to Tor in the similarities of her confidence. She's a part of a pretty chill friend group that allows her to be herself, which I did have in high school, but I didn't become my entire self like she had. She walked into the Grand Army, being herself and owning it and I feel like I held back a little bit.

After playing this character, do you think that you learned anything more about yourself? Did you change as a person afterwards?

I think that playing Tor for six months really, really encouraged me to just be more confident and be comfortable in my own skin. So, I would say that I grew in a positive way to just own who I am. 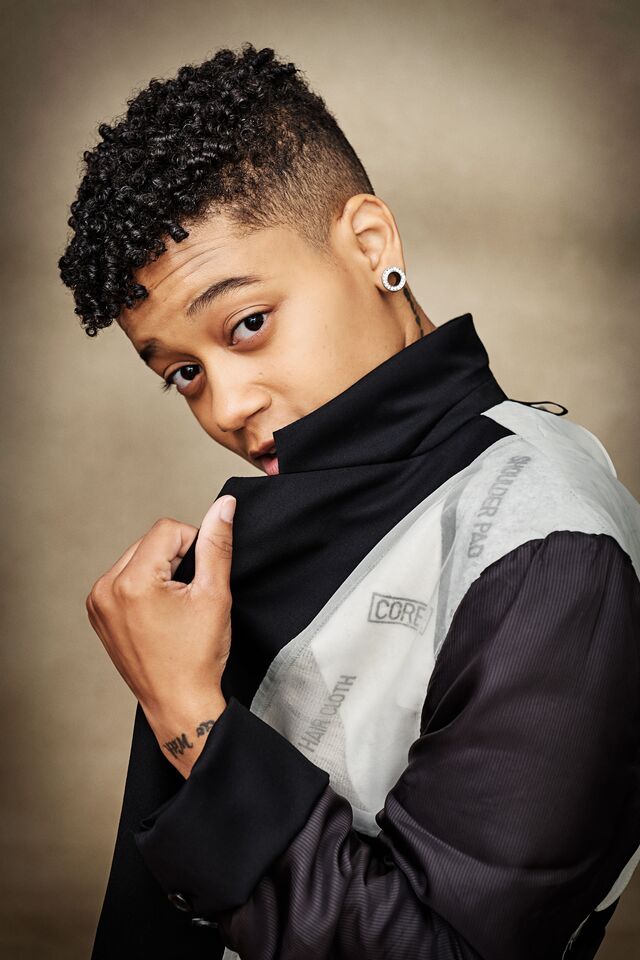 How is she different from other characters that you've portrayed in your acting career so far?

Do you think it's harder to play a character that you relate to? Or easier?

Playing Tor Samson was easier because not only was she very similar to who I am, but she was also who I wanted to be in high school. So, it's like I became her at an older age and I got to be my younger self with a little bit of a splash of Tor. So, it was really nice.

Why do you think a show like this is needed today?

Well, I think that Grand Army encourages young adults and adults in general to just speak up, you know, and tell others how they feel and know that their voice needs to be heard, and that it's important to be heard, and just encouraging other students to just fight for what they want, and know that is possible.

Do you think [Grand Army] is a realistic representation of high school and Gen Z today?

For me, I say yes, it is. I would say that as far as high school, a lot of kids and young adults feel as if what is said goes and that their voices are not important, at least for what I've experienced. Michelle changes that. This show shows you that your voice needs to be heard and things can be changed if you just stand your ground and go for it.

What do you hope people take away from this show?

That things will get better.

When I was reading about [Grand Army], the show sounds familiar to shows like 13 Reasons Why. How do you think that Grand Army is different from [high school Drama] shows?

I feel like Grand Army is a little more real to what's going on in this world, especially at this point in time. It's almost like, you know, holding up a mirror and having a reflection of what's going on in the world. I would say that it just tackles day to day, things that go on and how kids and young adults and adults in general would react to it.

Was it difficult for you to get this role? How did you prepare for the auditions?

I prepared for the audition, I actually had to travel to New York to audition for this role. And when I got there, I kind of just allowed myself to be the person that I wanted to be when I was younger in school. Tor really like owns herself. So, I put myself back into my high school year, but with the power that Tor has and I just went full in. I felt super confident and positive that this role was mine and so I just walked into there like that.

I think another important part of the show is the fact that it is based in New York. Do you think [Grand Army] is a realistic representation of high school in New York and growing up in New York City?

Yes, I do. I do think that it is a reflection of being in New York. And when you watch the show, you will get that feel. A lot of throwbacks and a lot of flashbacks to what it was like in school for adults right now. For teens in high school, they will feel that reflection and be like, "That's what I'm going through right now." or "That was my life a few days ago," or "I know someone who dealt with that situation". 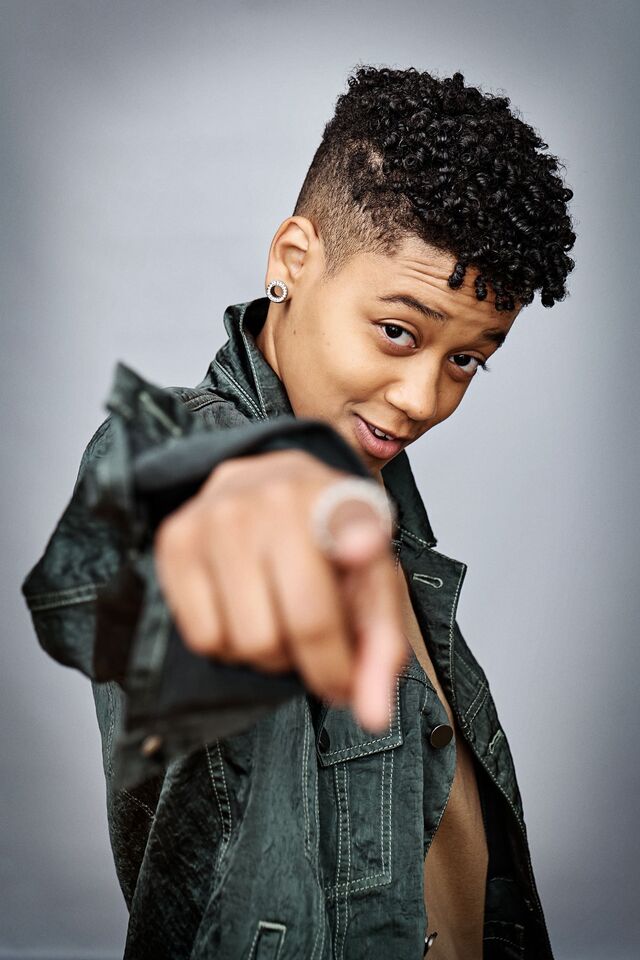 When did you know that you wanted to be an actor?

I was about seven when I was participating in plays that my aunt wrote. That kind of sparked an excitement for me, it sparked a joy for me. But I didn't really focus on acting until I was in middle school. I was playing basketball at the same time that I was taking theater. I just realized that the love for theater was growing even more.

What role are you most proud of portraying so far in your acting career?

I would have to say Tor. Going into this, I knew that she was someone that I wanted to be when I was younger, and to be able to capture and bring her to life really, really felt good to me.

What are your aspirations as an actor for the future?

I just want to be able to encourage others to go after what they want. And to know that it doesn't matter where you start. It's just about having confidence and having that motivation. Please continue and keep on going forward.