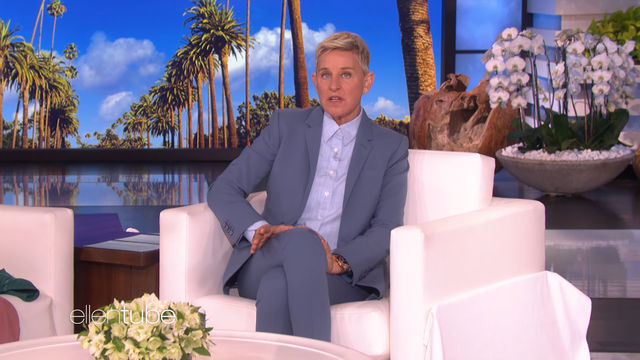 Ellen DeGeneres and The Ellen Show have recently come under fire amid many investigations. After a Buzzfeed News report came out accusing three top executive producers — Kevin Leman, Ed Glavin, and Jonathan Norman — of sexual misconduct, there was an investigation into their actions. Since then, Buzzfeed News has reported that the three producers have been fired from the show.

In a meeting with her employees on Monday, DeGeneres announced the decision to fire the three producers. During the call, she also stated that there was an internal investigation about the workplace allegations that would be completed soon, according to an employee on the call. The show was accused of creating an environment of fear and intimidation in the workplace. Other producers of the show said they were committed to ending the “culture of fear” that plagued the Ellen Show workplace environment.

A current employee of the show said they were surprised that DeGeneres addressed the staffers in the conference call and said the announcement left them “optimistic and hopeful.” They also said, “Those who were looking to jump ship are less likely. I’m very happy that new systems are being built and that hopefully, real change is occurring, top to bottom.” Former employees also said they were shocked to see the action took by the show. They said that they had been “living in fear of retribution” but that the announcement made was a “step in the right direction.”

While DeGeneres herself was no implicated in this specific investigation of sexual misconduct, many of the anonymous accusers said it was highly unlikely that she did not know what was going on behind the scenes. DeGeneres has also come under fire for her mistreatment of her employees. There have been many allegations against her, such as the fact that some employees aren’t allowed to look her in the eyes and no one is allowed to eat meat around her, among many others.

In this reckoning, there have been many celebrities who have supported DeGeneres who completely missed the point on why she was being called out. Most notably Katy Perry, Jay Leno, and Kevin Hart.

Perry, a frequent guest on the show, stated in a tweet, “I have only ever had positive takeaways from my time with Ellen.” While Leno said, “I don’t discard a 40-year friendship on hearsay. The Ellen I know has raised over $125 million dollars for charity and has always been a kind and decent person. I fully support her.” Hart, who was defended by DeGeneres when he was accused of homophobia, took to Instagram to show his support.

1/2 I know I can’t speak for anyone else’s experience besides my own but I want to acknowledge that I have only ever had positive takeaways from my time with Ellen & on the @theellenshow. I think we all have witnessed the light & continual fight for equality that she has brought

2/2 to the world through her platform for decades. Sending you love & a hug, friend @TheEllenShow ♥️

I don’t discard a 40-year friendship on hearsay. The Ellen I know has raised over $125 million dollars for charity and has always been a kind and decent person. I fully support her. Jay Leno pic.twitter.com/b3i283YIBk

It’s crazy to see my friend go thru what she’s going thru publicly. I have known Ellen for years and I can honestly say that she’s one of the dopest people on the fucking planet. She has treated my family and my team with love and respect from day 1. The internet has become a crazy world of negativity....we are falling in love with peoples down fall. It’s honestly sad...When did we get here? I stand by the ones that I know and that I love. Looking forward to the future where we get back to loving one another....this hate shit has to stop. Hopefully it goes out of style soon....This post is not meant to disregard the feelings of others and their experiences....It’s simply to show what my experiences have been with my friend. Love you for life Ellen...

What these celebrities fail to realize is the relationship they have with DeGeneres is undoubtedly going to be different than the relationship that her employees have with her. It’s natural for DeGeneres to be kind to high profile celebrities like Perry and Hart. In fact, one of the allegations made against DeGeneres is that she treats higher status celebrity guests much better than other guests. This was especially evident with the story that YouTuber NikkieTutorials told about DeGeneres.

The problem was best stated by Crazy Ex-Girlfriend creator and star, Rachel Bloom who said, “Having a good time being a guest does not necessarily have anything to do with the experiences of the employees.” There is a huge difference between being a guest on a television show and working on the television show.

Just wanna say that I have both worked behind the scenes of tv shows and been the celebrity guest on them and the two experiences are very different. Having a good time being a guest does not necessarily have anything to do with the experiences of the employees.

The firings of the three producers accused of sexual misconduct is certainly a step in the right direction, but it’s just the first step. The show also needs to be held accountable for its alleged environment of negativity, racism, and fear.