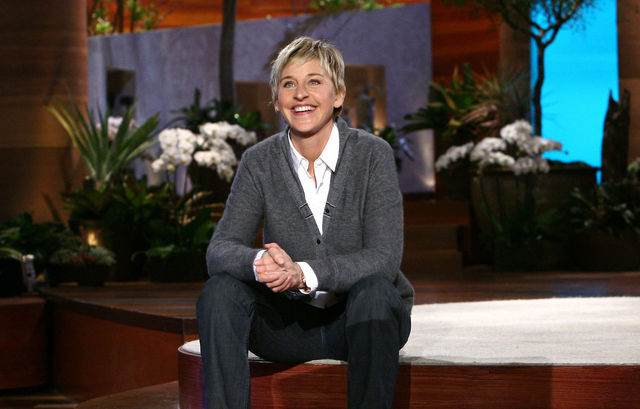 The Ellen Show has been a staple of daytime television for years. But now there are allegations of sexual misconduct by the producers, according to a BuzzFeed News report. Several ex-employees have said that there was rampant sexual misconduct and harassment among the executive producers of the show. All of the ex-employees asked to remain anonymous out of fear of retaliation.

Dozens of former employees of the show said that executive producer Ed Glavin “had a reputation for being handsy with women” and also made several employees uncomfortable by rubbing their shoulders and backs. One employee said that Glavin’s touching was “out in the open for everybody to see.” Former workers also said that Glavin had a button at his desk to close his office door “as an intimidation tactic” during reprimands. This might sound familiar because, in 2017, Matt Lauer was also accused of having a button on his desk that closed and locked his office door.

Glavin was also accused by ex-employees of using his private shower and leaving the door open. A former employee told BuzzFeed News, “You’d be going into his office for an important meeting and the shower door is open and you’re like, that’s a little weird. The shower is right when you walk in on the right. Before you even see his desk, you see his shower. He’d be openly showering and going into meetings with wet hair.” A total of 47 former employees of the show told BuzzFeed News that Glavin used intimidation and fear daily.

Almost a dozen former workers on the show said that Leman made sexual comments in the workplace, such as asking employees if they were a top or a bottom or pointing out male colleagues’ bulges in their crotch. His victims were mostly lower-level and younger, thus making it harder for them to speak out against the misconduct because they lacked power. A former employee said that his behavior was laughed off by others “because ‘it’s just Kevin being Kevin.’” The ex-employee went on to say, “if you’re in a position of power at a company, you don’t just get to touch me like that.”

Leman has denied these allegations in a statement after the BuzzFeed News article was posted. “I’m horrified that some of my attempts at humor may have caused offense,” he said. “I have always aimed to treat everyone on the staff with kindness, inclusivity, and respect. In my whole time on the show, to my knowledge, I’ve never had a single HR or inter-personal complaint made about me, and I am devastated beyond belief that this kind of malicious and misleading article could be published.” Despite his statement, many of the former employees of the show that BuzzFeed News spoke to corroborated the claims of harassment, sexual misconduct, and assault from the top producers of the show.

These allegations come shortly after allegations of a toxic work environment where former employees said they faced racism, fear, and intimidation. Because of the ongoing investigation, Warner Brothers declined to comment on the specific allegations. The studio did say in a statement that they “hoped to determine the validity and extent of publicly reported allegations and to understand the full breadth of the show’s day-to-day culture.”

Ellen DeGeneres also made a statement to her staff that was obtained by BuzzFeed News where she said that the show was supposed to be a place of happiness and, “Obviously, something changed, and I am disappointed to learn that this has not been the case. And for that, I am sorry. Anyone who knows me knows it’s the opposite of what I believe and what I hoped for our show.” She also added, “As we’ve grown exponentially, I’ve not been able to stay on top of everything and relied on others to do their jobs as they knew I’d want them done. Clearly some didn’t. That will now change and I’m committed to ensuring this does not happen again.”

Some former employees believe that DeGeneres wasn’t aware of the scope of things because she didn’t spend much time with the staff and was insulated by the producers. Meanwhile, some other the former employees doubt that DeGeneres didn’t know about the sexual misconduct that was happening on her show, deeming it implausible that she wasn’t exposed to some of the same stories.

“She knows, she knows shit goes on, but she also doesn’t want to hear it,” a former longtime employee of the show told BuzzFeed News.

This is happening on the heels of other Ellen DeGeneres-related controversy. Ellen was recently called out for how she treats her staff, tone-deaf jokes, and the show is currently under an internal investigation for claims of a toxic workplace environment.