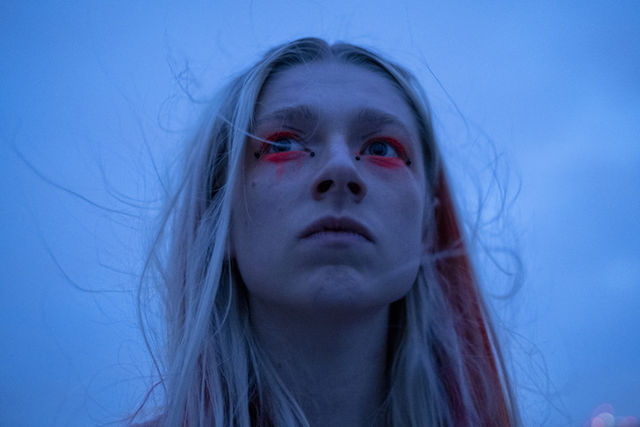 After a stressful year that is getting crazier and crazier by the day, it was a well-deserved breather to celebrate cultural accomplishments in television for a brief moment before we get back to preparing for the 2020 election. The Emmy nominations brought great accomplishments, like a record number of Black people being nominated, but also some problems, like the lack of Latinx nominations.

But another important snub not to overlook is the exclusion of trans actors. Despite an incredible year for trans actors, especially trans actors of color, no trans actors were nominated for an Emmy award this year.

Billy Porter of Pose was nominated for Outstanding Lead Actor in a Drama Series for his role as Pray Tell. Actress Zendaya was also nominated, for the first time, for Outstanding Lead Actress in a Drama Series for her role as Rue on HBO’s Euphoria. Even though Porter and Zendaya obviously deserve all the praise they are getting, why are the shows’ co-stars MJ Rodriguez, Indya Moore, Angelica Ross, and Hunter Schafer not nominated? I think we, unfortunately, already know the answer.

Pose is a show that explores ballroom culture, the rise of the Trump empire, and the downtown social scene in New York City in the '80s. Blanca Rodriguez-Evangelista, played by MJ Rodriguez, is a trans woman who starts her own ballroom House after learning she is HIV-positive. She acts as Mother to young LGBTQ+ kids in her house.

Indya Moore, who is both trans and non-binary and uses they/them pronouns, plays Angel Evangelista on Pose. Angel is a trans woman and former sex worker who is trying to break into the modeling world. Moore had a lot to say about the Emmy snub, pointing out that a cis actor should not be the only person nominated on a trans and queer-focused show. They also mentioned how the trans stars on Pose did not receive proper promotion and were not invited on television talk shows compared to other members from the show. They said on Instagram:

Always wonder why our mother network doesn't push us all out on night time shows. But all of that is important. But yeah lol.. And that's on abolish the muther fucking police.

Only times we (trans talent) actually had live night time promo was MJ, here and there and once for GMA where Dom, mj steven and I shared 10 min. And you know, that's how actors and other artists particularly fresh faces get widespread recognition for their work. I'm over cis people saying stuff like "it's becsuse I work hard and I have had longevity" when really it's the visibility that a particular project brought them. When I hear stuff like that I think about Dominique, who has worked harder and longer than everybody in our cast. It's just because fresh talent and fresh faces hit different when they transsexuals. Also it's a particular kind of popularity contest there are many layers. We are all unequally recognized. In some odd way, and for different reasons rooted in privilege. Even me. Thank you @RaquelWillis for honoring and highlighting and bringing us this language. I'm not really pressed I and many of us didnt expect to win to be honest. Its not my award show gurl they can honor whomstever they like.. I just wish it didn't determine shit like pay raises and contract renegotiations. We literally have to depend on their recognition in order for networks and studios to honor our value.and that's pretty horrible because you know black trans talent often must settle for the lowest hanging fruit to eat.

Angelica Ross, who plays Candy Ferocity, also addressed the issue that Hollywood has with trans actors. On Instagram live, Ross got emotional, saying, “I want you to know from the jump that these tears are not about an award or a nomination. Ultimately, I need y’all to understand that I’m so tired – those of you who know me know I’m not just working on screen or behind screen but I’m working around the clock to get our society to value trans lives and Black trans lives.” She added, “I feel what I feel because I feel there is nothing we can do.”

In response, Pose actor Billy Porter said that although he is "grateful" that a lot more Black actors are being recognized for their work, he is still upset that it is harder for diverse talent to be recognized. Pose creator Steven Canals also pointed out that the trans women and non-binary cast did not receive any nominations.

Euphoria is about the day-to-day struggles of teens in a small town: it focuses on drug abuse, sex, body image, sexuality, gender, and mental health issues. Hunter Schafer plays Jules Vaughn, another protagonist in Euphoria. Jules is an incredible character whose story shows what it’s like growing up as a trans girl. As the new girl in town, Jules deals with the complicated desire for validation from men, struggles adjusting to a new home, and a complex relationship with Rue.

In 2015, Laverne Cox became first trans woman to win an Emmy for executive producing Laverne Cox Presents: The T Word. She was also the first trans woman to be nominated for an Emmy for her role in Orange is the New Black. But clearly, we still have a long way to go. Given the long trend of cis actors playing and winning awards for trans actors' roles (*cough, cough* Glenn Close, Jared Leto, Eddie Redmayne), it’s particularly offensive that trans actors aren’t being properly acknowledged when they play trans roles. One thing's for sure, though: these trans actors deserve just as much as cis actors, and trans women, especially trans women of color, deserve so much more.

Tags: Pose , Euphoria , Indya Moore , Angelica Ross , MJ Rodriguez , Hunter Schafer , Zendaya , Billy Porter
Support Feminist Media!
During these troubling political times, independent feminist media is more vital than ever. If our bold, uncensored reporting on women’s issues is important to you, please consider making a donation of $5, $25, $50, or whatever you can afford, to protect and sustain BUST.com.
Thanks so much—we can’t spell BUST without U.