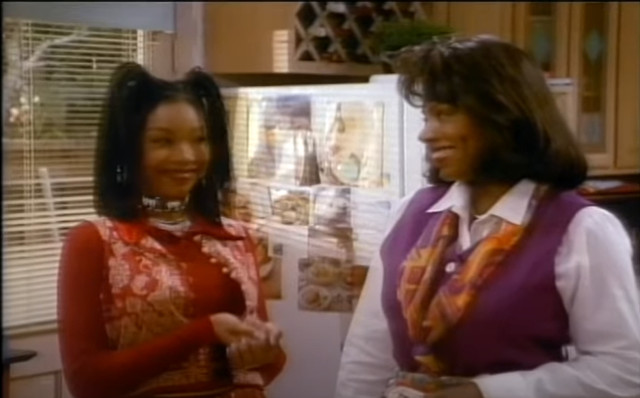 Netflix is adding seven iconic Black sitcoms to its streaming library starting this weekend. The '90s shows being added to the platform include Moesha, its spinoff The Parkers, The Game, Sister, Sister, Girlfriends, Half & Half, and One on One.

Time to pop bottles??
The following classic shows are coming to @Netflix (US)

To celebrate, here's a message from your faves: pic.twitter.com/zohNPEo0rz

The shows will be joining classics like Moonlight and Beyonce’s Homecoming on the “Strong Black Lead” page. Needless to say, the internet is very excited about the new content coming to Netflix.

new beyoncé, new brandy, and we getting our fave black shows on netflix? my BRAND pic.twitter.com/8NDbaDCQ2G

Ahhhhhh!!!! I have been dying to see Mo, sister sister and the Parker's on Netflix!!! It's about damn time!!! #Netflix https://t.co/zrb038onwf

We’ll finish Moesha by the 15th so we can watch The Game. Finish that in time for Sister Sister, then Girlfriends and The Parker’s. Then straight into One on One. pic.twitter.com/jcBRDm9v2t

Tags: Netflix , Moesha , Sister Sister , The Game , Girlfriends , The Parkers , Half & Half , One on One , BLM , Strong Black Lead