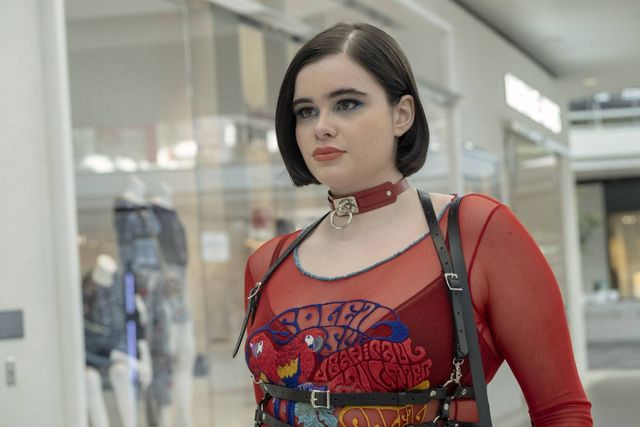 When I meet up with Barbie Ferreira in Brooklyn, she’s right at the end of a busy New York press trip. “It’s a whole new life for me,” she says. But it’s one she loves.

Ferreira stars on Euphoria, HBO’s latest and grittiest hit show about an ensemble of teenagers navigating relationships, addiction, the Internet, and self-image. The show’s first season has brought us unmatched eye makeup looks, a terrifying glimpse into what Gen-Z teens are really up to, and an animated sex scene between two former members of One Direction. (You can thank Ferreira’s character, Kat Hernandez, for that last one.)

Kat might be Ferreira’s first major role on a TV show, but with an impressive modeling resume that includes Aerie, Adidas, and Target, she’s no stranger to being on camera. “I started modeling to be an actor,” Ferreira tells me. “I had a goal: 21, I wanted to be already working as an actor.” And, as she jokes, she manifested that perfectly.

“[With] modeling…people were not as nice, and people were kind of rude. They don’t care about your career, just more about how much money you’re making, and what you look like. And that was just so limiting. Finding that confidence in myself again has been really cool,” she explains. That’s not to say, though, that there’s no overlap between her two careers. “I did a lot of video work, and I became comfortable on camera. I’ve always been an actor, but now I’m comfortable with a team of people looking at me, being on camera, and being myself.”

It almost feels too easy to say that Ferreira’s character on Euphoria also becomes comfortable with those same things—being looked at, being on camera, being herself—but it’s true. When we meet Kat in episode one, she’s snarky, impossibly stylish, and a virgin hoping to transform herself into “a woman of questionable morals,” according to the show’s narrator, Rue (Zendaya). When we get to episode three, though, we learn more about Kat: after a middle school heartbreak, she found solace in fictional love stories, and became one of the Internet’s most prolific fanfiction writers. Her specialty? Larry Stylinson erotica. (If you’re unfamiliar with Tumblr circa 2013, the name Larry Stylinson refers to the imagined relationship between boy band heartthrobs Harry Styles and Louis Tomlinson.)

Though Kat’s history as a fanfiction author has earned a lot of laughs—and, um, a slightly more negative reaction from Tomlinson—it’s one of the show’s most true-to-life stories. So many millennial and Gen-Z women grew up reading and writing fanfiction, I point out, and though it’s long been considered taboo, stories just like the ones Kat writes helped many teen girls first get in touch with their sexuality. Ferreira is quick to agree.

“I grew up on the Internet—a lot of people can’t fathom why people would [write fanfiction], and I get it, because I was reading those fanfictions. I think people are embarrassed about it, too. They think their online life is really private and safe and whatnot, and I think that’s also why that scene hit really hard and struck a chord,” Ferreira says. Though Kat switches from writing about One Direction to camming after a traumatic experience, Ferreira says that her character’s history with fanfiction remains a crucial key to understanding Kat’s arc in season one. “I brought that into everything with Kat. Her sexual awakening, where she feels safe and appreciated, is through fanfiction, and that’s nothing to dismiss. She had this safe space on the Internet where she had this anonymous persona, and that was broken. And she lost control. That’s what really motivates her.”

It’s after Kat’s trust is broken that she starts exploring her sexuality even more: she hooks up with several older guys, dons some serious dominatrix outfits, and keeps the cute boy who seems to really like her at arm’s length. “Poor Ethan!” Ferreira says, with a laugh, when I bring up his character. “During shooting, I was like, ‘Fuck Ethan.’ For no reason, just because I was trying to get into that mindset…and now, I’m like, ‘Aw, that was so mean.’” Recently, she joked on an Instagram story that even her mother has accused her of being mean to Ethan. But, she tells me, “People get so caught up when girls are mean to boys—even though it’s all the time that it happens the opposite way.” 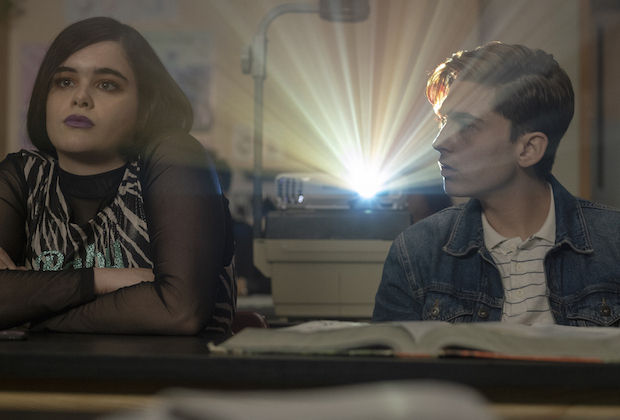 It’s no surprise that Ferreira understands Kat so well. She worked with Euphoria creator Sam Levinson on her character and, she says, she’s brought so much of herself to the role. Maybe not some of the wilder scenes, necessarily: when Kat has her first camming experience, she laughs at the sight of a micropenis. “In a different dimension, that would be [me],” Ferreira says, and she laughs again. “Like, I would do that.”

Some of Kat’s iconic looks are also inspired by Ferreira’s own wardrobe. In one of Euphoria’s most pivotal scenes, Kat struts through a mall wearing a red-hot number with a choker to match. A Billie Eilish song is playing, and Kat realizes, Rue says, that “there’s nothing more powerful than a fat girl who doesn’t give a fuck.” The outfit in that scene? It’s Ferreira’s own. So are Kat’s glasses—Ferreira, who typically wears contacts, adds that “it was amazing to wear my glasses to work.”

Ferreira’s hundreds of thousands of Instagram followers know that she’s one of Euphoria’s biggest fans: she’s right there with all of us, fangirling over each episode and sharing memes about her character via Instagram stories. And she might also be one of the biggest Rules shippers out there. (Like Larry Stylinson, Rules is a portmanteau—in this case, referring to the romantic relationship between Rue and Jules Vaughn, played by Hunter Schafer.) “Listen, I’m rooting for Rules,” she says. “I’m Team Rules. It’s just too cute.” Euphoria was just renewed for a second season a few weeks ago, and Ferreira says that, whether it’s Rules or another relationship altogether, “I’d love to see a healthy queerness explored. We deserve that.”

If that “we” refers to Euphoria’s viewers—or Euphoria’s queer viewers—one thing that’s certain is that there are legions of us. The show quickly attracted an obsessed audience, one as diverse and dynamic as Euphoria’s cast of characters. I ask Ferreira if she anticipated such a positive reaction to the show and, in particular, to Kat, and she pauses.

“I didn’t expect it, but I knew there was a lack of a lot of things Euphoria does. A lack of really dynamic trans characters, queer characters, fat characters. So I knew that [the show] was going to spark something, but I was scared it was going to go in either direction, you know? It could have been, ‘We’re not ready for this. We don’t want to see this. We like the way it’s always been,’” she says. “But now, I realize that hunger for seeing that is pretty universal. We all want to see something different.”

Tags: Barbie Ferreira , Euphoria
Support Feminist Media!
During these troubling political times, independent feminist media is more vital than ever. If our bold, uncensored reporting on women’s issues is important to you, please consider making a donation of $5, $25, $50, or whatever you can afford, to protect and sustain BUST.com.
Thanks so much—we can’t spell BUST without U.