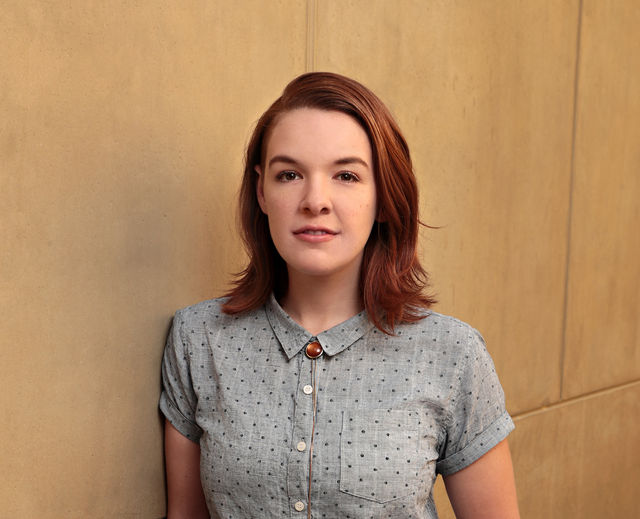 Back in May, Netflix dropped the final season of She-Ra and the Princess of Power. The show garnered millions of fans across the globe (many of whom are clamoring for a She-Ra movie) and has firmly placed She-Ra as a feminist and a gay icon.

What, exactly, has made the new She-Ra such a powerful icon? Although true that her sword, “best friend squad,” and flowing hair have made her memorable, it’s the truthful writing that brought such a beloved character to life that has made her stand out.

Many people may know the show’s creator Noelle Stevenson for her work on She-Ra, but did you know Stevenson got her start in comics? Before Stevenson brought to life Catradora – aka, one of the most adorable ships in the history of Tv – she got her start creating an online graphic novel called Nimona.

Nimona is the story of a young shape-shifter who desperately wants to be a supervillain and works as a side-kick to Lord Ballister Blackheart. The duo is seeking to expose the corruption of Sir Ambrosius Goldenloin and his buddies at the Institution of Law Enforcement and Heroics. A lot of what made Nimona special was also what made She-Ra special: both characters were women who made mistakes.

Stevenson tells BUST her work in comics gave her a good head start for writing for television. “I got into comics because it was the kind of stories I wanted to tell. I was interested in genre in sci-fi and fantasy and then also I was a visual artist and that’s how I learned to write – through being able to also draw what I was picturing and bring stories to life through a combination of writing and drawing,” she says.

Nimona and writing comics helped launch Stevenson’s career, but She-Ra made her a household name. Over the last five seasons, fans have witnessed Glimmer, She-Ra, Bow, and the entire cast grow and evolve. Characters have experienced war, loss, death and love.

She-Ra also shows a queer romantic love story featuring a heroine who is flawed, which unfortunately is not something we often see in women characters. “I think women have not been represented to the same extent as male characters. There is a big focus on the characters being aspirational,” Stevenson says.

On the surface, She-Ra is the typical lawful good Paladin. But what Stevenson has given to fans is so much more: She-Ra tells the story of a woman who constantly makes mistakes and battles her inner demons going through a hero's journey and coming of age, which is a turn from how female characters have been written in the past.

Stevenson says it was especially important to show all those shades and complexities, since we don’t always get those shades in women-led stories. “I think that is starting to change,” Stevenson says. But what’s still important is “being able to show the issues that women everywhere struggle with, and try not to flatten that out or smooth that over or present a more cleaned up version of that.” By bringing She-Ra and Catra down to earth, Stevenson has given us characters who have lived through immense trauma and learned to survive and thrive in spite of it.

Much like She-Ra, Stevenson herself is a hero and inspiration. From her work in comics to her work in animation, Stevenson has been true to telling stories that are important to her. These stories not only focus on having raw and well developed female characters but also racial and LGBTQ inclusivity.

She-Ra highlights the importance of having different writers and showrunners who can bring important stories to life. Currently, women only represent 20% of the workforce in animation. Stevenson says she would like to see that change.

“I’d love to see more and more women as writers and showrunners in animation. It's a difficult field. You have to get past fear. And you have to get past the fear that you’re not enough,” she tells BUST. “As long as you keep moving forward, are gentle to yourself and learning growing...embrace the stories that are yours and make connections with the people around you and don’t let fear take over.”

"She-Ra's" Final Season Explores The Ethos Of The Show: Love