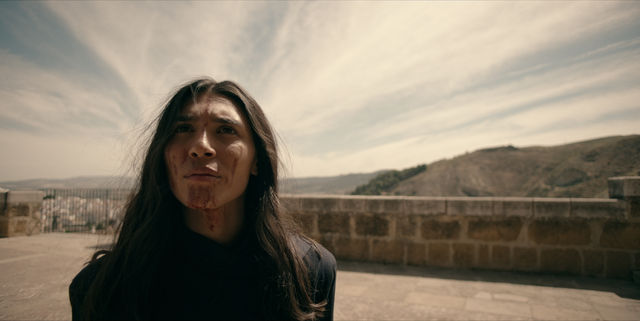 One of Netflix’s newest original series stars a group of nuns who fight demons. Yes, really.

Warrior Nun dropped on Netflix on July 2. Based on a comic series named Warrior Nun Areala, the show follows Ava who goes from being a dead, paraplegic orphan to a resurrected and walking orphan. She later finds out her transformation is thanks to a holy relic named The Halo embedded in her back that chose her to be the next Warrior Nun. Over the course of the season, Ava learns about the Order of the Cruciform Sword (OCS): a secret sect of the Catholic Church dedicated to fighting supernatural evil and home to the warrior nuns. Ava spends the season debating whether or not she wants to join the sisters and save the world or seek out freedom and adventure for the first time in her short life.

Lorena Andrea stars as Lilith, one of the warrior nuns who spends the season locked in intense fight scenes with her sisters while trying to take The Halo back from Ava, leading undercover missions, and going through hell and back — literally.

However, Andrea, much like the rest of us, has been in quarantine for much of the last few months. “I’ve been well. I’ve just been trying to stay positive and productive.” Andrea told me about the puppy she adopted before going into quarantine and what a difference she’s made in quarantine life. “She’s brought joy to everyone in the family and all of my friends,” Andrea said. “It’s been really nice to have the company and be able to put a smile on everyone’s faces.” 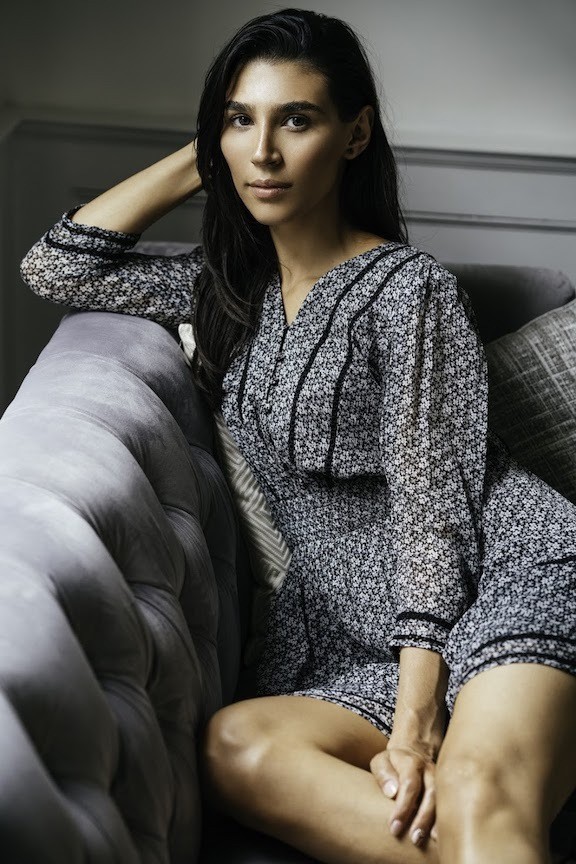 Warrior Nun is full of badass fight scenes complete with swords and crossbows. And with the women handling the brunt of the brawls, I was reminded of Wonder Woman and the Amazons while watching. Andrea says she and her costars thought the exact same thing. “The first day, it was all of the main warrior nuns and we did about two weeks of tactical training,” Andrea said. “We learned how to break into rooms, use different weapons, all while staying as a team and using each other.” Then they focused on individual fights. Andrea says her and her stunt double focused on Tali fighting: a Filipino martial art. “We trained pretty much every day and even in between, when we were filming on set, we’d still be training.”

Lilith’s main opponent throughout the series is a member of the OCS affectionately nicknamed Shotgun Mary. While Lilith tries to take back The Halo from Ava, Mary (played by Toya Turner) does her best to keep Lilith from Ava, assuming that removing The Halo from her will bring her back to her original state — which is dead.

Andrea said that she and Turner were “adamant” about wanting to do as many of their own stunts as they could. “‘We will do whatever it takes, we’ll train every day, night and day.’ We were so on it,” Andrea said. “For both of us, it was definitely something new and really exciting. I wanted to fully immerse myself in every area as much as I could.”

Warrior Nun comes at a time when there has been a big push for better female representation, particularly in superhero movies. Although there has been progress with movies like Captain Marvel and Wonder Woman, there is still a lot of work to be done. Andrea believes that Warrior Nun is a part of the push. “There’s a lot of corruption in the positions of power, and the women are doing a lot of the work and the men are getting all the praise for it,” Andrea said. “The show highlights that very well. It’s also very empowering because, of course, the women are saving the world.”

Although a second season is up in the air at the moment, Andrea has some things she’d like to see if the show continues. “I would really like to see Lilith use her powers for good,” she said. “In this season, she was fighting on the wrong side for the wrong people, so I’m really looking forward to her using that for good.”

Going forward, Andrea is currently working on a film she can’t really talk about at the moment, although production was paused due to the pandemic. Other than that, she’s on the lookout for future roles that seem like good fits. “I’m reading a lot of scripts, and I guess I’m just waiting for the right one to come along. It’s like an instinct. I have a gut feeling and when I know, I know, so I’m waiting for that to come again.”