A Woman-led ‘Star Wars’ Series Is In The Works 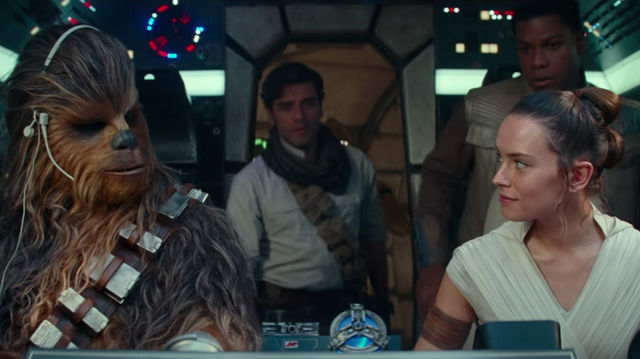 While one of the single-most iconic pieces of science fiction of all time, Star Wars has not necessarily always been the most gender-balanced series. True, some of the very best and most beloved figures in the saga have been power-house women. Carrie Fisher's Princess Leia, Ahsoka Tano, Rey, Jyn Erso, Rose Tico, the list goes on. But a majority of the storylines in the Star Wars universe have been focused on male characters.

One of the latest installments in the Star Wars universe, The Mandalorian (which caused the world to become infatuated with Baby Yoda at the tail end of last year and into this year) was one of the first original series on the Disney+ Streaming App. This series introduced yet another incredibly cool lady to the Star Wars universe, Cara Dune, played by Gina Carano. Now, a new Disney+ Original by the creators of Star Wars is in the works to hit television screens. But this time, the series is women-led.

The series is set to be written and show-run by Lesley Headland, best known for being one of the co-creators on the hit Netflix Original series, Russian Doll starring Natasha Lyonne. Not much is known yet about the content of the series, but it has been announced that the show is going to be a woman-driven action thriller series with a focus on martial arts. The series will also be in a different timeline than that of the Star Wars Universe we are used to.

With May the 4th just around the corner, the international holiday dedicated to the beloved sci-fi franchise, we’re sure fans and feminists alike will be celebrating all the bad-ass women that make Star Wars so great.

How "Star Wars" Is About Toxic Masculinity

Tags: Star Wars , Star Wars Universe , Star Wars Series , Woman-Led TV , Princes Leia , Rey , Cara Dune , The Mandalorian , Lesley Headland , #MayThe4th
Support Feminist Media!
During these troubling political times, independent feminist media is more vital than ever. If our bold, uncensored reporting on women’s issues is important to you, please consider making a donation of $5, $25, $50, or whatever you can afford, to protect and sustain BUST.com.
Thanks so much—we can’t spell BUST without U.