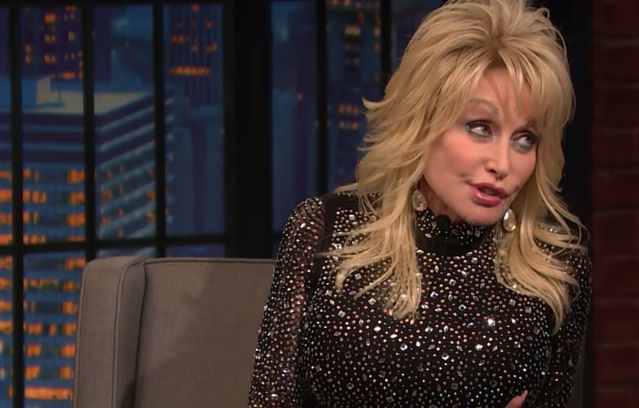 We, like much of the world, were today years old when we found out that Dolly Parton produced Buffy The Vampire Slayer. The '90s feminist drama series was perfect to begin with, but if there was one thing that could make it any better, it’s knowing that Queen Dolly had a hand in bringing it to the little screen.

The show, which ran from 1997 to 2003, was produced by Sand Dollar Entertainment, a production company Parton created in 1986 with her friend and business partner, Sandy Gallin. While Sand Dollar Entertainment is credited on every episode of Buffy The Vampire Slayer, Parton was not personally credited, which is why it went unnoticed for so many years. With this tea spilled, some fans have begun to wonder if there were little nods to Parton throughout the series. Like the fact that she and Buffy share the same birthday of January 19th.

Hearing this news was about as groundbreaking as that time we all learned that Parton was the one responsible for the iconic ballad “I Will Always Love You” we all associate with the late, great Whitney Houston. Houston is certainly responsible for making it as legendary as it is today, this is yet another example of Parton having a secret behind the scenes role in a piece of pop culture history.

I just assume Dolly is part of everything good in the world, so this tracks.

Dolly Parton secretly produced Buffy the Vampire Slayer, and fans have only just found out | The Independent https://t.co/apPJ8504fT

We all knew Dolly Parton was a treasure to this world, but the story of her producing role in Buffy The Vampire Slayer does not stop there. When Parton found out that Executive Producer of the series, Gail Berman was paid less than her male counterparts, she took Berman out to lunch and handed her a check to make up the difference.

Wowwww Dolly really does have that slayer energy tho https://t.co/DNPdMobDOl

While Parton might be known best for being the queen of country, it’s not entirely shocking that her production company was behind this feminist cult classic show, and its certainly not shocking that she hand-wrote a check just to make sure a woman producer was paid fairly. Parton has become known for her philanthropic efforts. The star recently donated $1 million towards Coronavirus vaccine research. Parton has supported the United Way, the Save The Music Foundation, HIV/AIDS charities, and has participated in the Make-a-Wish Foundation for years. Her theme park, Dollywood, is even behind a bald eagle conservation sanctuary. In her home state of Tennessee, Parton is responsible for creating the Imagination Library, and has worked for years to promote literacy in the state and support education.

So there you have it, Dolly Parton has been busy making bops, saving lives, and slaying vampires for years. We have no other option but to stan!

Image via Late Night With Seth Meyers on YouTube

Dolly Parton Is Coming To Netflix And We Cannot Wait

Tags: Buffy The Vampire Slayer , Dolly Parton , Dolly , Philanthropy , Sand Dollar Entertainment , Women Producers
Support Feminist Media!
During these troubling political times, independent feminist media is more vital than ever. If our bold, uncensored reporting on women’s issues is important to you, please consider making a donation of $5, $25, $50, or whatever you can afford, to protect and sustain BUST.com.
Thanks so much—we can’t spell BUST without U.