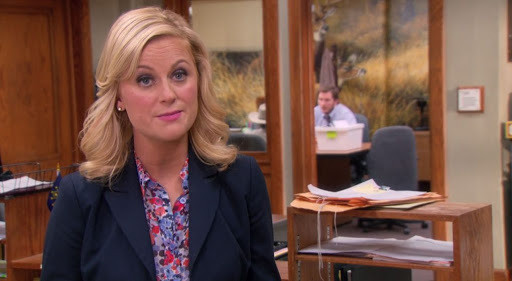 Everyone’s favorite Parks and Rec deputy director and future President of the United States of America, Leslie Knope, is back. NBC’s Parks and Recreation, which went off air in 2015, will be returning to the little screen for a half-hour special on Thursday, April 30. Scheduled to air at 8:30 p.m. EST, the scripted event will also be a fundraiser to raise money for Feeding America’s Covid-19 response fund.

This is just the latest in a series of reunions and special events meant to bring relief during this difficult time. From Disney stars getting together for a sing-along, to the televised music festival One World Together At Home, to SNL At Home, everyone’s favorite stars and programs are adapting to new forms in an effort to bring joy and entertainment to fans.

Leslie Knope wants to let you in on a secret... On April 30, #ParksAndRec is returning to NBC for “A Parks and Recreation Special”. Our workplace proximity associates, along with our neighbors at @StateFarm, are raising money for @FeedingAmerica. Join us! https://t.co/YuyWBTYmrH pic.twitter.com/ZId6Lq3rkJ

The Parks and Recreation reunion will be set against a similar backdrop to the one many of us are experiencing right now. The episode is set to feature Leslie Knope (Amy Poehler) adapting to social distancing and making an effort to stay connected to her friends and colleagues. Original cast members Rashida Jones, Aziz Ansari, Nick Offerman, Aubrey Plaza, Chris Pratt, Adam Scott, Rob Lowe, Jim O’Heir, and Retta are also set to appear on the special. While the entire episode will be shot from the inside of the stars' homes, NBC noted that a few other special guests from the Pawnee universe will be making appearances as well.

Brand new Parks ep on NBC in one week, raising money for @FeedingAmerica!

“I sent a hopeful email to the cast and they all got back to me within 45 minutes,” the show’s executive producer Michael Schur stated. “Our old ‘Parks and Rec’ team has put together one more 30-minute slice of (quarantined) Pawnee life and we hope everyone enjoys it. And donates!” While viewers can donate as well, State Farm and Subaru are making matching donations of $150,000, and NBCUniversal and the Parks and Rec team will donate a total of $500,000 in matching donations.

"Many are saying it's the greatest episode of television ever to be filmed in quarantine,” Chris Pratt (or Andy Dwyer, to Parks and Rec fans) said. “It's not a competition. But if it was... we would easily win."

Image via NBC / Parks and Recreation

Amy Poehler Interviewed By Rachel Dratch: From The BUST Archives

Tags: Parks and Rec , Parks and Recreation , NBC , Leslie Knope , Pawnee , Amy Poehler , Reunion , Parks and Rec Reunion , Covid-19 Relief , Coronavirus , Social Distancing
Support Feminist Media!
During these troubling political times, independent feminist media is more vital than ever. If our bold, uncensored reporting on women’s issues is important to you, please consider making a donation of $5, $25, $50, or whatever you can afford, to protect and sustain BUST.com.
Thanks so much—we can’t spell BUST without U.