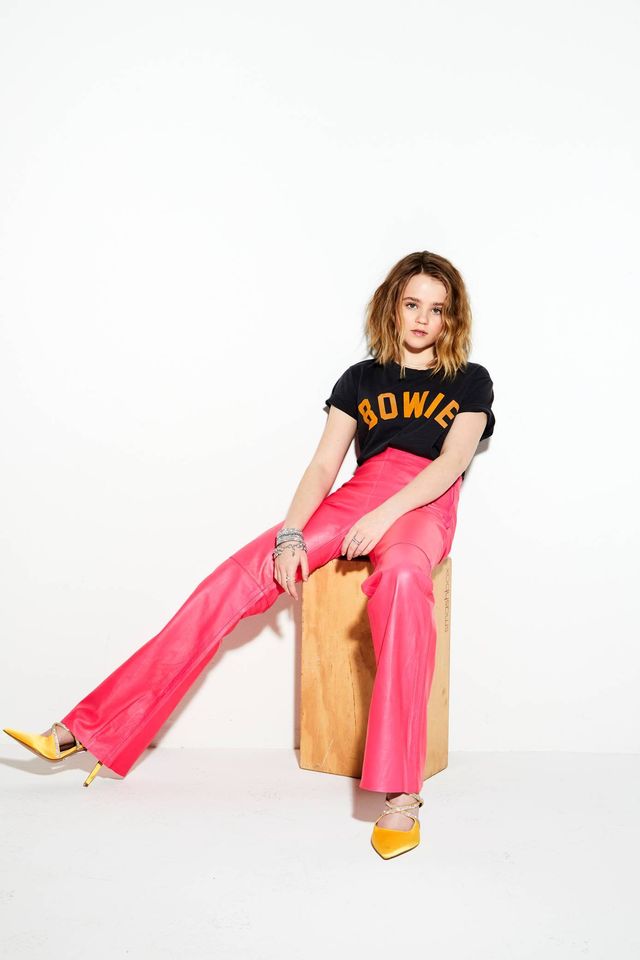 Spoilers ahead for the first six episodes of Little Fires Everywhere.

In quarantine, it often feels like each day just blends into the next, but Hulu’s Little Fires Everywhere has offered legions of us something to look forward to every Wednesday. Based on the bestselling novel by Celeste Ng, the eight-part miniseries follows two mothers with a tense relationship—and a handful of secrets between them—that ultimately sets everything in their picture-perfect town on fire, both figuratively and literally.

Megan Stott plays breakout character Izzy Richardson, the youngest of Elena’s (Reese Witherspoon) four children. “I was in touch with the heart of Izzy before I even went into the audition,” she tells BUST over the phone. “When I [first] read the book, it felt like she was a strong and inspirational character.”

In Ng’s novel, Izzy is snarky and rebellious, unafraid to rail against Elena and stand up for her beliefs. But onscreen, Izzy’s story is even more complex: she’s coming to terms with her sexuality and identity, all while facing homophobic bullying at school and a related fall-out with her longtime best friend. When Izzy meets Mia (Kerry Washington), Elena’s neighbor and adversary, she finds someone she can trust.

“[Izzy] saw her as a figure that understood her,” Stott explains. “The first time Mia met Izzy, she said, ‘We artists gotta stick together’—no one ever said that to her. Just her saying that was kind of like a light bulb going off in Izzy’s head, and I think Izzy began to understand herself and accept herself because Mia helped in some ways.”

Their relationship couldn’t be more different from Izzy’s dynamic with her mother, which escalates over the course of the season. In a flashback episode, “The Uncanny,” viewers learn that Elena never wanted a fourth child.  “From the beginning, Elena was upset and resented her—she did get pregnant with Izzy, and that cost her [the] job that she adored and had been trying her whole life for,” Stott says.

Aside from Izzy’s relationships with the two women, Stott says she’s interested in her character’s relationship with Moody (Gavin Lewis), the second-youngest Richardson sibling. “My favorite scenes to shoot were probably the entire episode of the homecoming. It was kind of transitional for her: she realized who she was and why she did the things she did. She wore that green dress to show people that she wasn’t herself—that wasn’t who she really was,” Stott tells BUST. “I loved that entire episode and everything that was going on with Izzy, and I loved the scene where Izzy and Moody connected at homecoming. He’s like, ‘That’s not who you are.’

“[Izzy and Moody are] both going through the same thing,” she adds, “but they don’t actually speak to each other about it.”

Izzy’s story takes place in the late ’90s, but over 20 years later, many of the show’s themes still feel eerily modern. Stott, who is herself a teenager and has spoken extensively about her experiences with bullying in middle school, tells BUST that she was able to connect with that part of Izzy’s story—but she thinks one major thing has changed since 1997.

“We live in times where there’s access and resources and we’re able to be on the internet and social media, but that also is a road to online bullying, things like that. Izzy probably wouldn’t have tried to be on social media, but if she was, I don’t think she would have had a positive response,” Stott says. But, she adds, “She could have also found a community where she was accepted and loved. She might have had somebody who she could relate to and talk to, who could understand her and help her.” 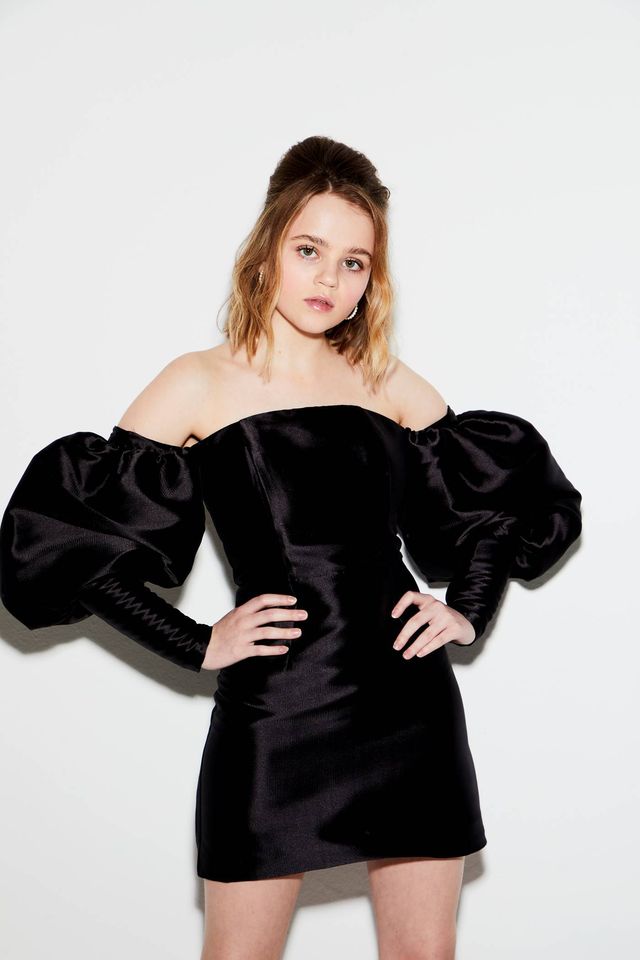 Little Fires doesn’t just prioritize women’s stories onscreen—the show’s entire executive production team is made up of women, and directors include Nzingha Stewart (For Colored Girls, Tall Girl) and Lynn Shelton (Glow, Dickinson). “It was incredible, because it is one of the few female-led productions in the industry. With the majority of the writers and the executive producer team—it’s incredibly diverse,” Stott says. It meant a lot “to be able to see them work and do what they love…to see such powerful women working together.”

And speaking of powerful women, Witherspoon and Washington don’t just star in Little Fires—they both worked as executive producers, and served as mentors for Stott and her teenage castmates. “Kerry and Reese, they were like mothers on set to us,” Stott says. “You know, people have bad days, people get grumpy in the mornings if they’re not a morning person. We always thought maybe something would happen for Reese and Kerry, but they always came in so kind and gentle with us.”

Up next, you can catch Stott in another female-fronted projected: her first feature film. Titled Yes Day and currently in post-production, the family-friendly movie stars Jennifer Garner and Jenna Ortega. Stott plays Ortega’s best friend, a character she describes as “very girly” and a definite pivot from her Little Fires role. “I think my dream character was Izzy, but I think I would love to play any character, really,” Stott says. “Anything with depth and layers is my kind of thing.”

And although she loved working on the Hulu series, Stott is excited for her next move. “I like TV shows, but at the same time, my main goal is feature films,” she explains. “It’s nice to have new characters on every new film. I think that’s something that I love, because characters are my life.”

The first seven episodes of Little Fires Everywhere are now streaming. The show’s finale will air April 22 on Hulu.

The Abortion Storyline on “Roswell, New Mexico” is the Perfect Allegory for Everything Wrong With "Heartbeat Bills"

In Honor Of Hulu's “The Great,” Here Are Some Other Women In History We'd Love To See Onscreen