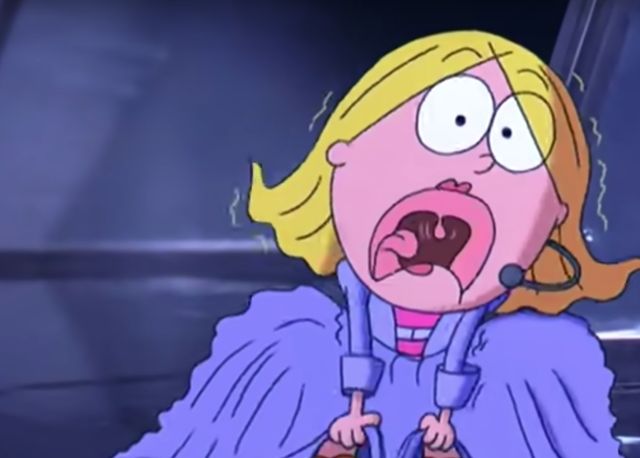 Almost every person who grew up in the early 2000s remembers parking themselves in front of the TV with a Capri Sun and a pack of Gushers, ready to watch Lizzie McGuire on the Disney Channel all afternoon. From shopping for her first bra to becoming a pop-star whilst on a school trip to Italy, queen of lipgloss and butterfly clips Lizzie McGuire did it all. Alongside her two best friends, Miranda and Gordo, she helped us through our formative years. In fact, many people probably would not have been prepared for or able to survive middle school without her. Now that we’re all in our 20s and 30s and have absolutely no clue what we’re doing with our lives, we need her again. But apparently, Disney doesn’t want us to have nice things.

Back in August of 2019, it was announced that everyone’s favorite tween comedy series would receive a revival. Originally supposed to air on Disney’s new streaming service, Disney+, The Lizze McGuire reboot was set to see Hilary Duff return as the titular character alongside much of the original cast. This time around, however, Lizzie would be 30-years-old and living it up in New York City. Many fans were excited to see the icon herself in an all new setting and all grown up. What kind of job is she going to have? How are her parents and little brother doing? Is she seeing anyone? This last question is important, especially since Adam Lamberg, who originally played Gordo (whom she smooched at the very end of The Lizzie McGuire Movie, if you’ll remember) AND Clayton Snyder (Ethan Craft!!!) were announced to be joining the reboot cast. Duff even hinted to E! on the topic of her old crush, Craft, “He is hot. He's very hot. I'm pretty sure there's going to be, there's going to be a thing."

While all of these things had fans ready for the show to be released in 2020, what most were truly excited about was that Lizzie McGuire would finally get to explore themes that it never had the chance to before. The original TV show always did a great job of discussing issues that were actually important to its audience, that’s why everyone loved it so much. Now that Lizzie is in her 30s, she would get to encounter an all new set of issues that fans are facing right now, too. Well, we all were, excited that is, until we found out that the reboot would be...delayed. It was recently announced that creator of the series, Terri Misky would be stepping down as showrunner after conflict ensued between her and Disney about the series’ direction. While Disney never released what these disagreements were, per say, Duff herself hinted about it via Instagram. Last month, Disney+ moved a Love, Simon inspired series to Hulu due to its “adult themes” (which included sexual exploration and alcohol use amongst other things). Duff posted a screenshot of an article on the issue with the caption “Sounds familiar.” Later, Duff revealed even more on social media, stating: “Was incredibly excited to launch ‘Lizzie’ on D+ and my passion remains. However, I feel a huge responsibility to honor the fans’ relationship with Lizzie who, like me, grew up seeing themselves in her. I’d be doing a disservice to everyone by limiting the realities of a 30-year-old’s journey to live under the ceiling of a PG rating....It would be a dream if Disney would let us move the show to Hulu, if they were interested, and I could bring this beloved character to life again."

So, yes, production on a the Lizzie McGuire reboot is stalled because Disney doesn’t want to see Lizzie explore sex and love or, presumably, drink, swear or do anything else 30-year-olds do that might be considered PG-13. But for the love of god, Disney, please just let Lizzie McGuire say fuck! The argument that the TV show isn’t “family friendly” simply doesn’t hold up. All the Star Wars and Marvel Universe movies are available on Disney +, many of which are rated PG-13 for violence and language among other things. I’m not complaining, but movies like 10 Things I Hate About You and Never Been Kissed are also available to stream on Disney +, which both depict teen drinking and sexual references. So why can’t Lizzie live her bad-ass life in New York City and potentially have sex with Ethan Craft, Disney? Needless to say, folks across the internet had similar thoughts and feelings:

put the Lizzie McGuire reboot on Hulu/Freeform so she can have sex, get drunk, be messy and have a series of existential crises like a normal 30-something year old

In The Lizzie McGuire Movie she is 14 and gets preyed on by a 30 year old lip sync artist... try again https://t.co/q0YM0FniiQ

For now, one can only hope that Disney get's it together and decides that the real demographic for the Lizzie McGuire reboot are folks well over the age of 20 or even 25 who don't care if she has sex or drinks or says fuck! And if Disney is going to censor our queen, well then, Hulu, please give us the reboot we deserve. Sincerley, Lizzie stans who need guidence on how to survive adulthood.

Growing Up '90s: What The Ladies Of "Living Single" Taught Me

Tags: Lizzie McGuire , Lizzie McGuire Reboot , Hilary Duff , Disney , Disney +
Support Feminist Media!
During these troubling political times, independent feminist media is more vital than ever. If our bold, uncensored reporting on women’s issues is important to you, please consider making a donation of $5, $25, $50, or whatever you can afford, to protect and sustain BUST.com.
Thanks so much—we can’t spell BUST without U.