Growing Up '90s: What the Ladies of "Living Single" Taught Me 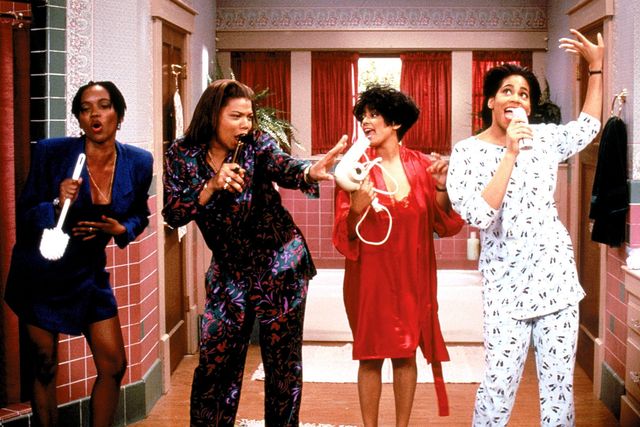 When quotes from an interview with Friends cast member David Schwimmer went viral, many people felt he missed the mark by not taking into account one of the most influential all-Black casted sitcoms of the '90s: Living Single. Often times in the Black community, we refer to Friends as the white Living Single, considering the show premiered a year before Friends and could actually be considered the template for which the internationally syndicated show was founded on. While Schwimmer meant well and gave examples of how he advocated for more diversity on his show, this kind of oversight speaks to how easy it is in Hollywood and beyond to contribute to furthering people of color to the margins.

In response, Erika Alexander, who played the hilarious Maxine Shaw on Living Single for all five seasons, was quick on Twitter to remind Schwimmer that her show was an institution within itself for countless people. Living Single was monumental for Black people, offering bold representation of nuanced characters. Living Single was, is, and will always be top-tier entertainment. Centered around six young 20-something Black friends in Brooklyn navigating their way through careers, life, and love, this show felt like a road map for how I myself would make my way through. With heart and humor, Living Single has dropped countless lessons, with the show's fierce four women as the ultimate teachers.

In a '90s kind of world, I was in fact glad to have my girls. And I’m grateful that now, in 2020, they’re still here. Without a doubt, Living Single is one of the most impactful, formative shows for so many Black women. I was barely a toddler when it originally aired in the early '90s but I’ve been watching it in syndication since I was a child and treated myself to plenty of rewatches ever since. It holds up nicely, especially considering it went off the air in 1998, which is a testament to the power of the writers’ storytelling abilities. A good show can be a comfort — and Living Single is a cozy blanket by a warm fire for me. 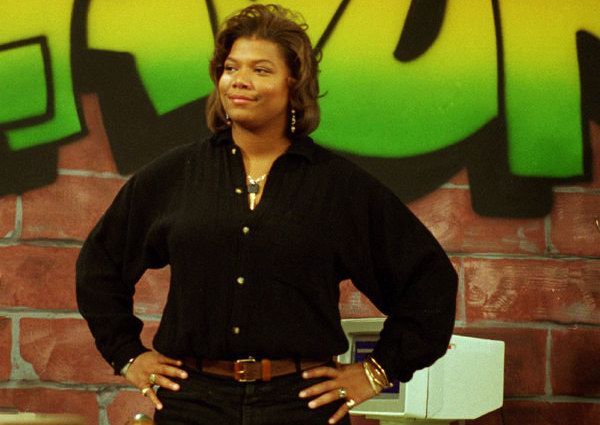 Undoubtedly the glue that kept the whole group together, Khadijah (played by the legendary Queen Latifah) was the epitome of a sister doing it for herself. She was the editor-in-chief of her own magazine, Flavor, in her twenties. Seeing a strong Black woman be that ambitious was admirable, to say the least. Keeping things afloat wasn’t always easy, but she knew what she wanted and did whatever it took to stay the course. Khadijah’s arc of trying to find balance between work and love was consistent throughout the show’s run but she never sacrificed her dreams in order to placate anyone, let alone a man. Khadijah was the bridge that connected all the girls to one another (Synclaire’s cousin, Maxine’s old college roommate, and Regine’s childhood friend), making her the core of the group. At times this role could be a challenge but her dedication to her friends was unwavering and, in turn, the bond between all the women was strengthened.

From Khadijah I learned what a strong work ethic and belief in yourself could lead to. Aware of the odds stacked against her, she didn’t become discouraged by the difficulty of the road ahead of her. Instead, she faced it head-on.

Memorable quote: “It’s basic male psychology. When a man sees an ex-girlfriend, he can’t believe she’s still breathing and forming complete sentences. How does she do it? He must know!” 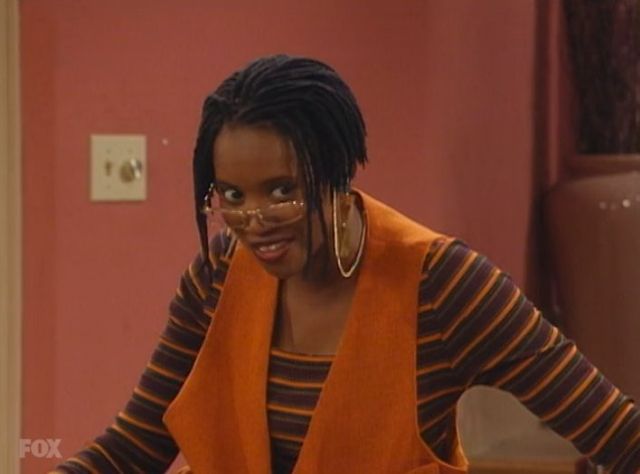 Tough-as-nails Maxine Shaw (attorney at law!) will forever be in my top five favorite television characters of all time. Played by the always-incredible Erika Alexander, Max was the bold personality I wished I could be. She was unapologetically who she was and never backed down from speaking her mind. In an already hilarious cast, Alexander’s comedic timing turned her into a scene stealer. Maxine was never without a well-placed clapback, especially when sparring against Kyle. Max’s character was the high-powered attorney who made herself comfortable anywhere she went (namely across the street to the brownstone to kick it with her girls and help herself to anything in the fridge). She refused to feel any shame about her desires, both professionally and sexually. Max was clear in her stance that there was a true power in being a woman.

From Max I learned how to speak up and to not pigeonhole myself. Max never failed to own any room she walked into by being confident, self-assured. That kind of mentality is a healthy one to have, especially for a successful woman. All too often we’re made to shrink or downplay our strengths, but Max never did.

Memorable quote: “You see, a good man is like fine wine. They all start out like grapes. Our job is to stomp on them! And then keep them in the dark until they mature into something we wouldn’t mind having dinner with.” 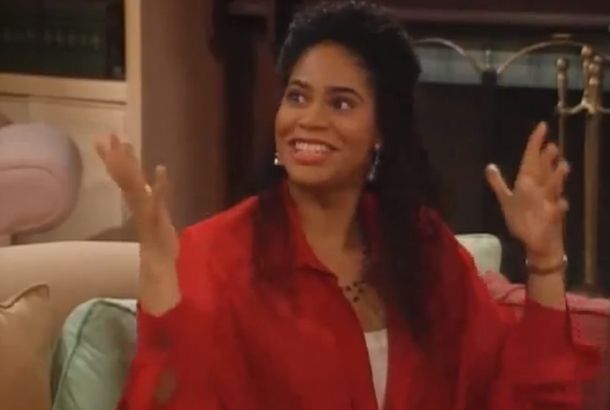 Portrayed by Kim Coles, Synclaire was the first one to try and smooth over tensions in the group as they arose. Her famous calming “woo woo woo” chant is synonymous with her name, a chant she’d intone anytime one of her roommates was stressed out. Synclaire was a troubleshooter who was able to pick up on people’s emotions easily. This character was a bit flighty, always making comments that were random and silly, but Synclaire had a ton of heart. She was a lot bolder than some would give her credit for. After all, she left her home in the Midwest to move to New York in order to fulfill her dream of being an actress. She hustled hard and should be given praise for being so ambitious.

From Synclaire I learned that a soft heart doesn’t make you weak. It would be easy for some to write Synclaire off, but there were several powerful instances in which she was able to stand up for herself instead of being walked all over. Her first mode was always to be compassionate — however, when a situation called for it, Synclaire was able to hold her own.

Memorable quote: “…Let it out, cry. If you don’t your tear ducts will get blocked up and when you get old you won’t be able to cry.” 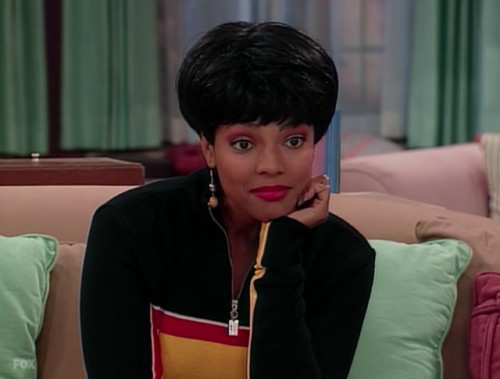 When we’re first introduced to Regine (Kim Fields), we’re given a woman who is making it her life’s mission to find a wealthy man to settle down with and live out the daydream she’s had since she was a child longing for more. After multiple careers as a personal buyer to costume designer for a soap to an event coordinator, this character spent the show’s course adjusting to the curveballs life threw her way. At times shallow, Regine could also be considered direct. She had a clear game plan for her life and nothing—and no one—was going to stop her from getting what she felt was rightfully hers. Regine changed a lot over the years in both her personal and professional life, showing that people are capable of true growth.

From Regine I learned to never settle, in any area of my life. Ultimately Regine was able to self-evaluate and come to terms with the idea that life doesn’t always go according to plan but that doesn’t mean you have to lose sight of what it is you want. Sometimes taking a different road can lead you to something better than you expected.

Memorable quote: I do not date. I audition life mates.

These four ladies are the embodiment of sisterhood. Even with fallouts between them, they always found their way back to one another. The legacy of Living Single will coninue to resonate around the world because of its strong writing and stellar cast that were the voices of people not often seen in the mainstream.

Maxine: The bottom line is men are nothing but speed bumps on the road to happiness.
Regine: No, no. I think they’re more like cheap pantyhose. At the worst possible moment, they run on you.
Synclaire: But did you ever stop to think about what the world would be like without men?
Khadijah: A bunch of fat happy women and no crime!